This last Sunday our family got to go up to Camarillo for nephew Ian's baby blessing.
For 3/4ths of the drive we thought we made a miscalculation and were going to arrive at church 20 minutes late (probably missing the blessing). Jeff drove his hardest until I finally looked harder at the navigation. "Jeff their church starts at 1:00 not 12:00"
We were 45 minutes early. Whew, what a relief ;) 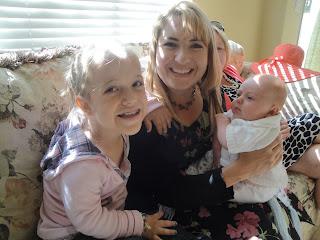 Proud papa!!
They look like they have the same hairstyles..but Ian's hair is actually coming in a little red...so they won't be twins for long. 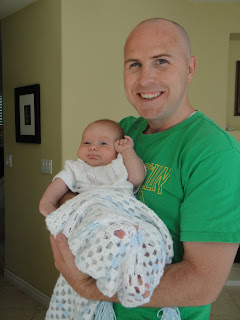 Starting to get out of church clothes right there in the parking lot!
(I think it's time to get Ashley new shoes because these ones were pinching her feet) 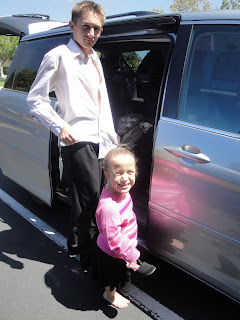 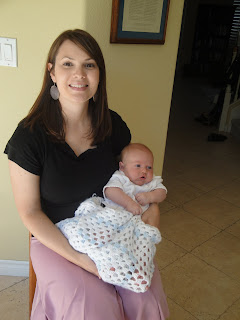 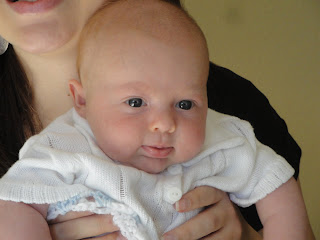 We were laughing at his toes that kept poking out of his blanket at church. 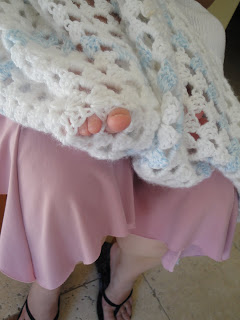 Uncle Jeff always up for snuggling a baby. 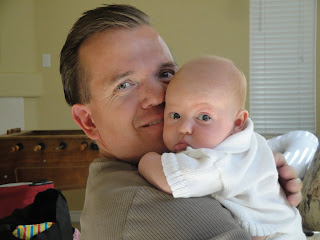 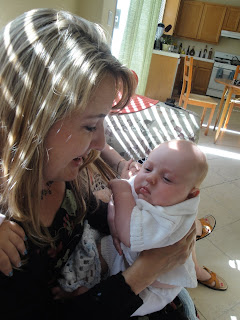 And of course Ashley always loves to hold babies. 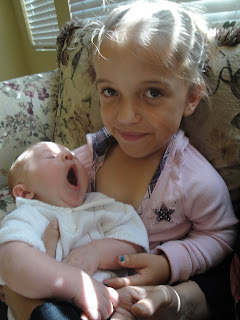 And for some Mom Moments from the week...
·         We watched a silly movie last weekend. Diary of a Wimpy kid. During the movie Greg puts on a scary movie called “The Foot” instead of the kiddy movie that they were supposed to watch. Of course it scares him and his friend has to go home early. That night Jacob comes to our bed in the middle of the night after he had a bad dream. He ended up staying and sleeping in our bed the rest of the night. That hasn’t happened since he was like 3. I asked him the next morning what his dream was about. His dream was the same as “The Foot” movie in the Diary of the Wimpy Kid movie. Ha ha.
Posted by Christine at 8:22 AM