It's been a few years since I've been to BYU women's conference so this year I was excited to be able to go and meet up with family and friends.
The Saturday before I went it was Mormon Helping Hands. None of the kids wanted to get up early enough to go so I worked on my own community project. There is a former PTA president who was also a big volunteer in the community who passed away recently. I agreed to help the PTA put together a memorial quilt for the family. So I spent the whole day working on that.
I learned never to have rectangle quilt squares when people are going to be drawing on them, some were portrait and some were landscape and it was a pain to try and make it all work! (lesson learned) 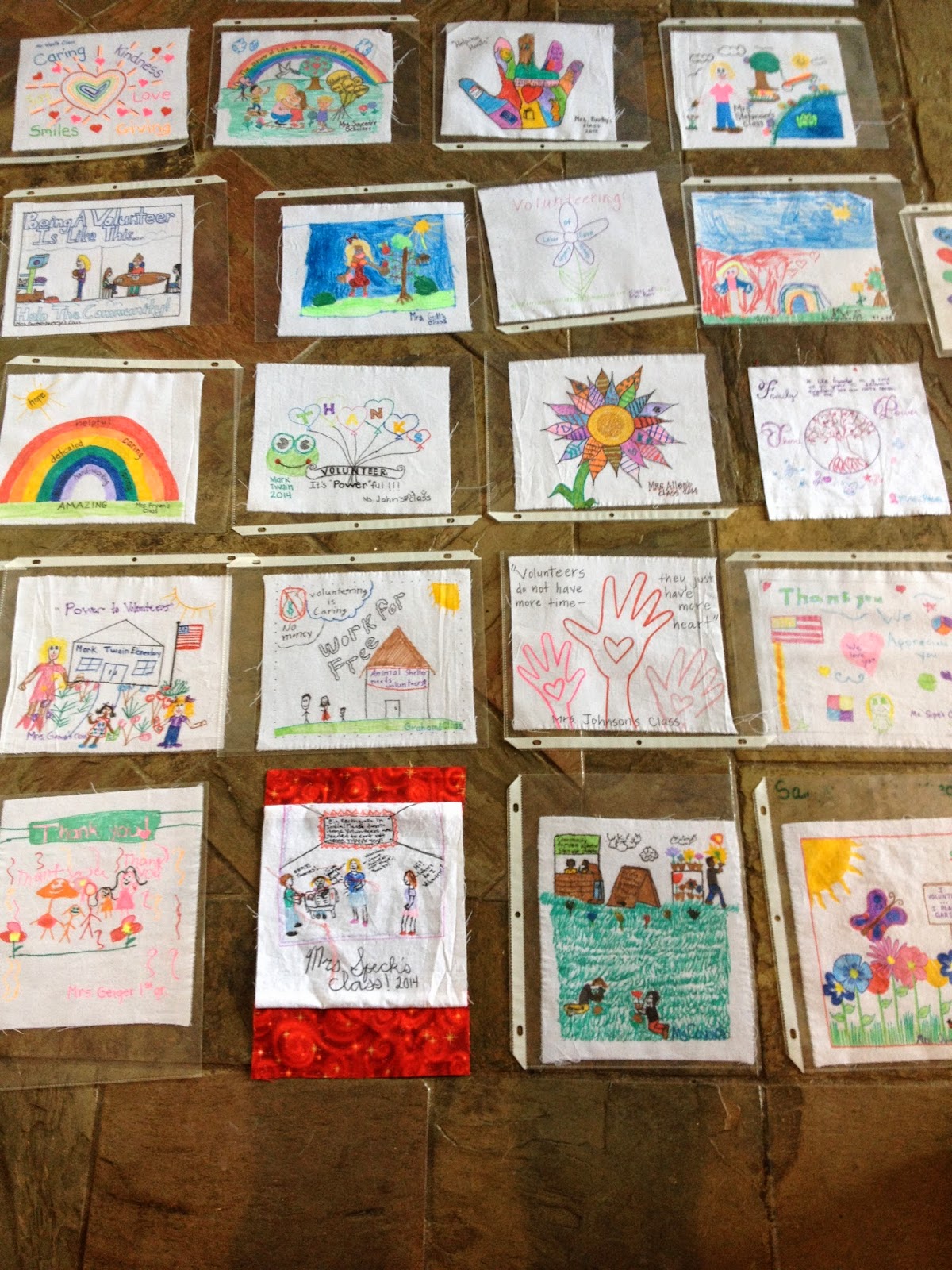 Jeff spent the morning trying to fix our sink and then presiding and speaking at a memorial service at the church.
He tried hard on the sink but a week later we had to get outside help to completely fix it. Thank heaven for a neighbor who is a plumber! Luckily it wasn't anything major. 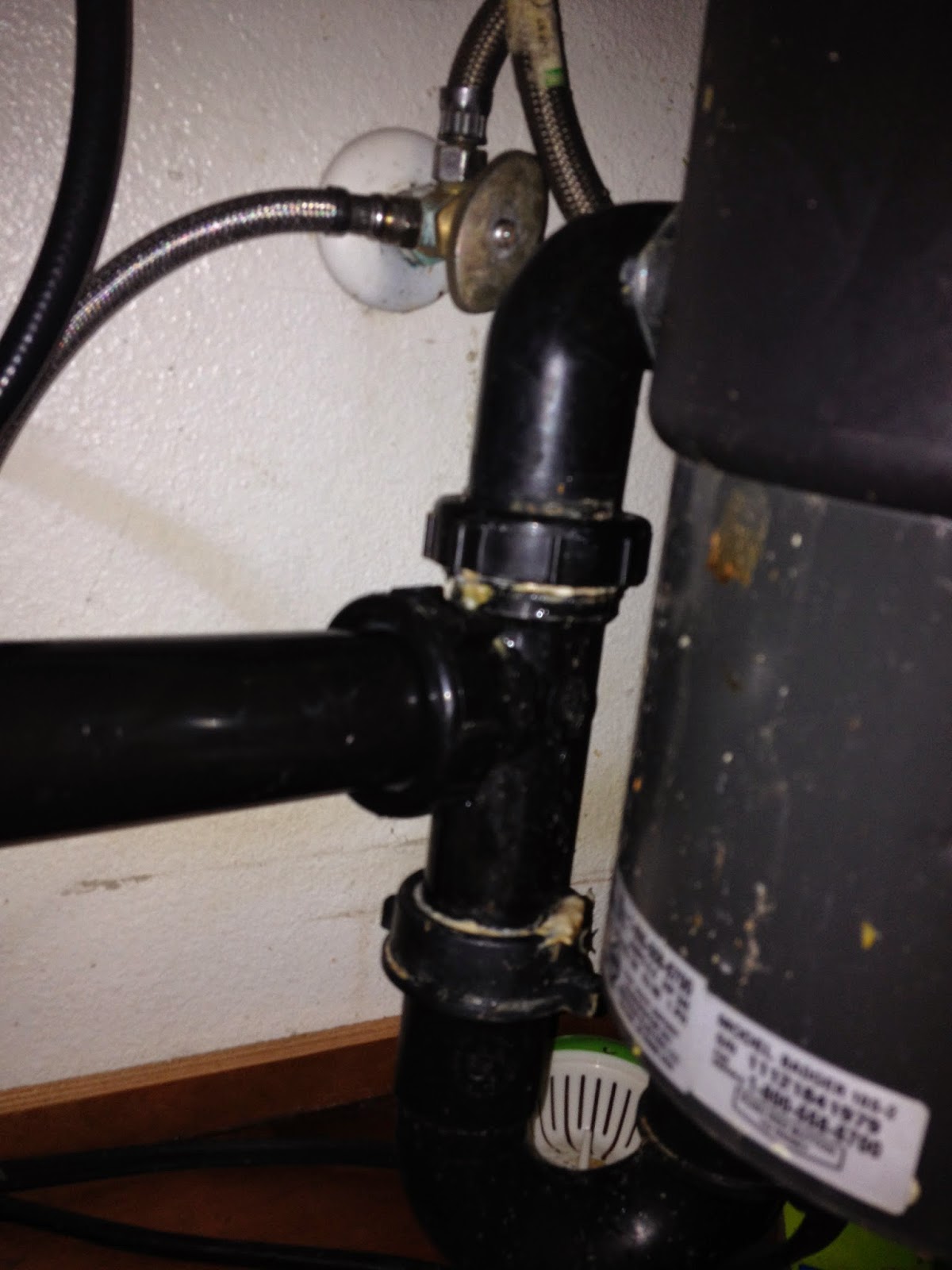 It was our 21st Anniversary while I was gone at women's conference. I know it was a sacrifice for Jeff to have me gone during it. I love you Jeff! 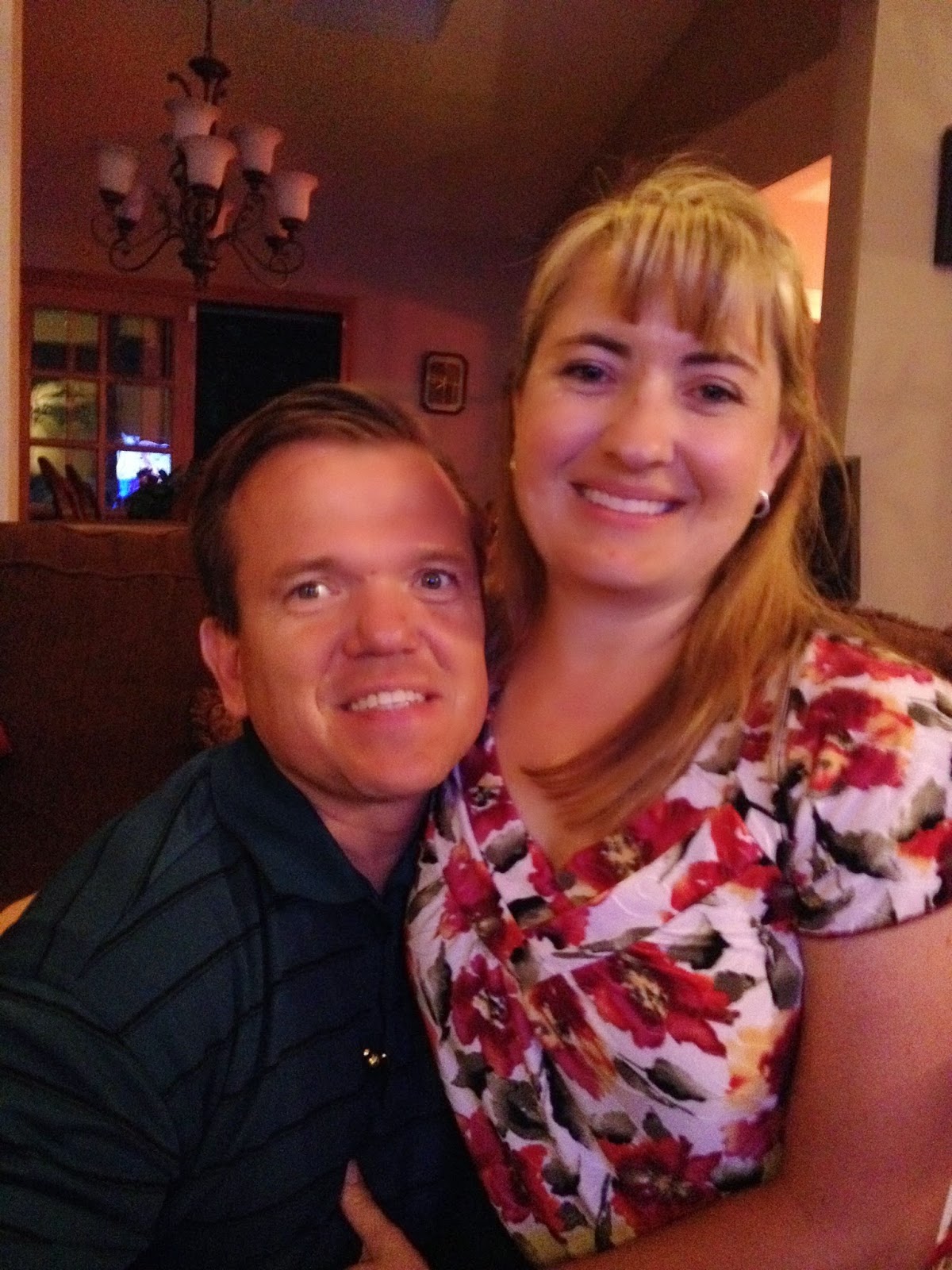 Wednesday morning I left at 5:30 to get to Long Beach and I hit gridlock. I sure feel sorry for those everyday commuters. 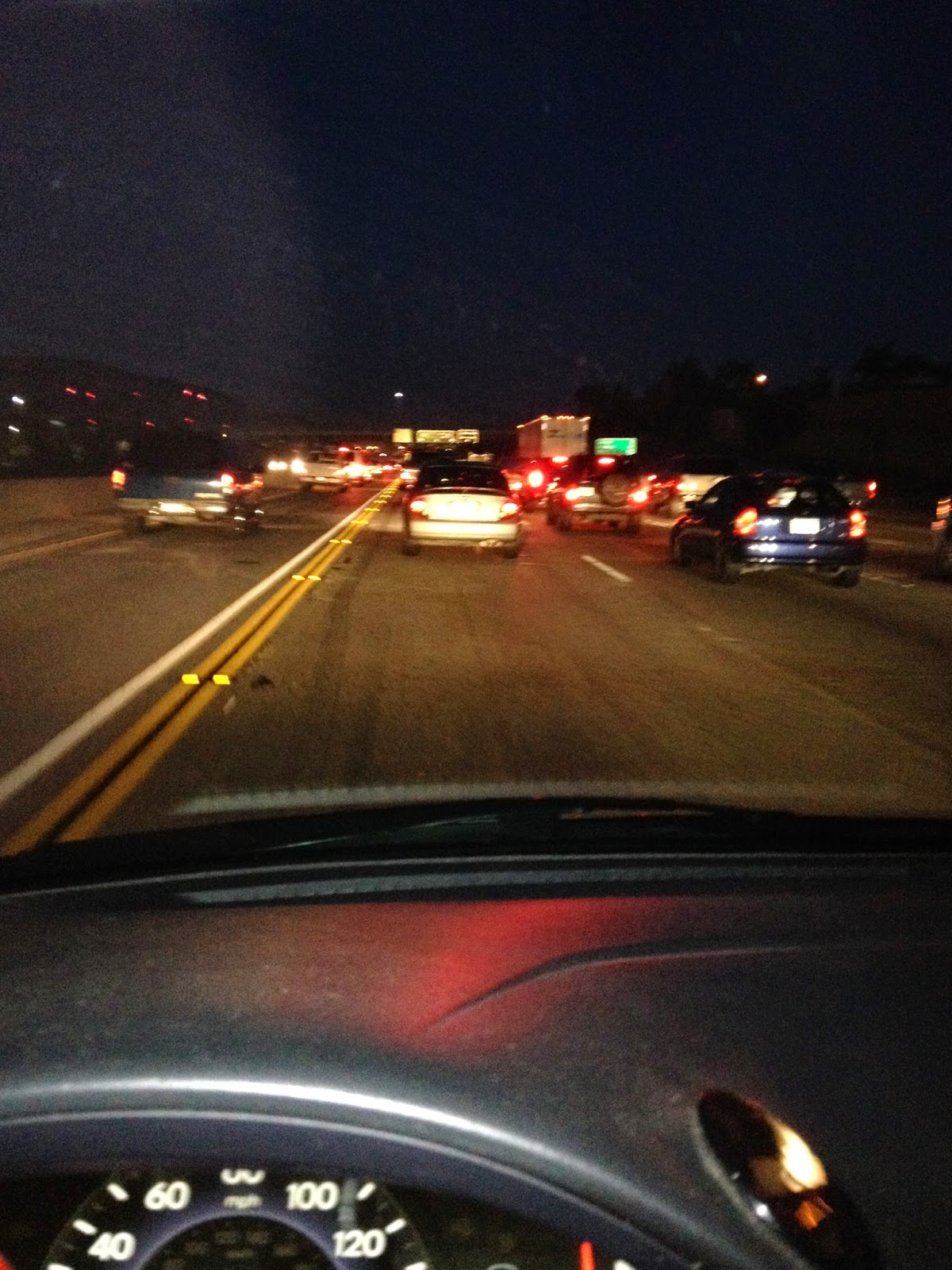 Once I got to Long Beach it was like 5 minutes to check in and security only had 5 or 6 people in front of me. I love flying out of Long Beach because it's so small :) 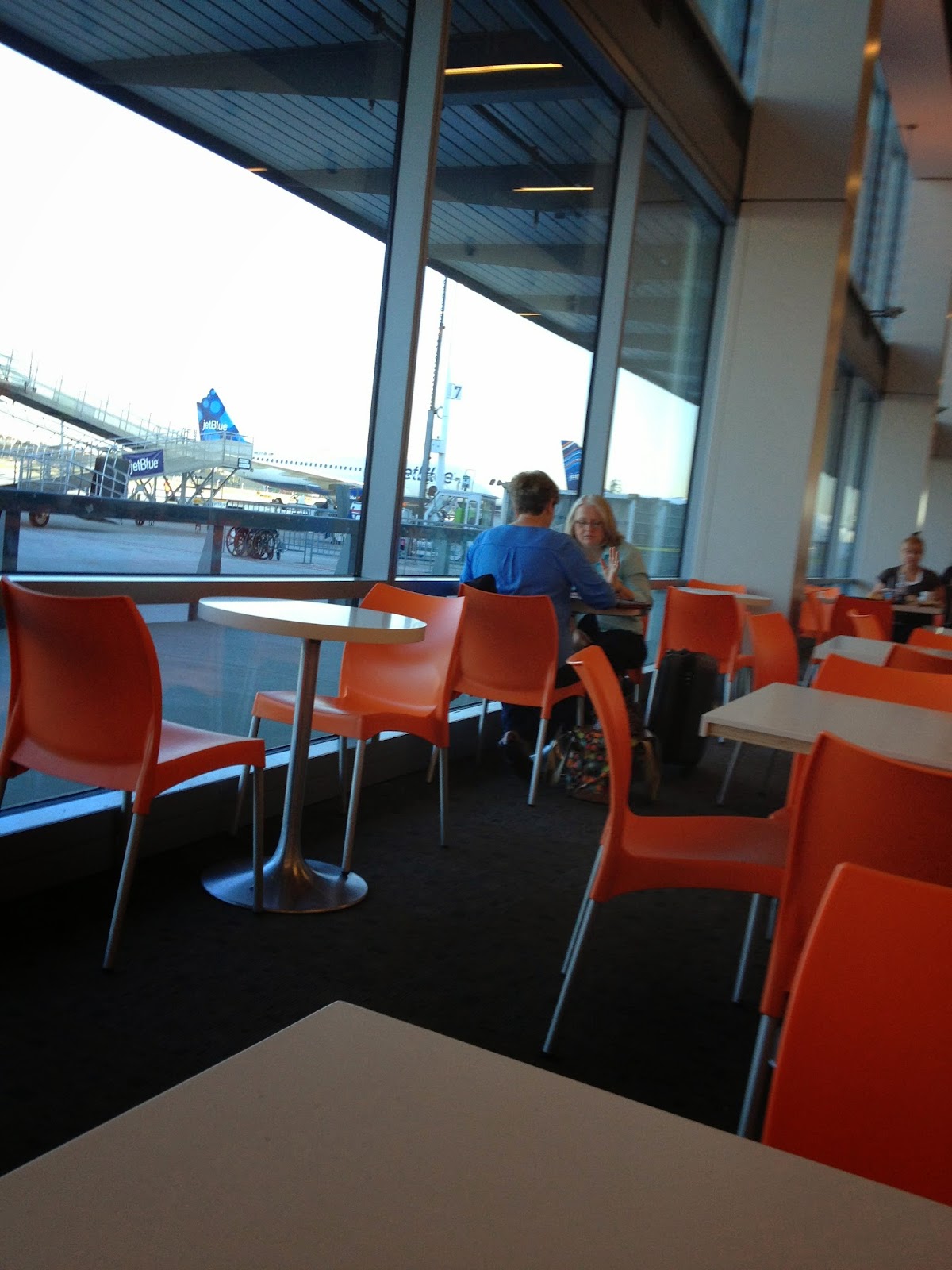 I was happy that Cindy Pendelton was available to come and pick me up from the airport and then go to City Creek with her cute daughter for lunch. I suggested the Blue Lemon and they loved it. (One of my favorite Utah restaurants that they don't have here)  We had a nice view of temple square while eating lunch. 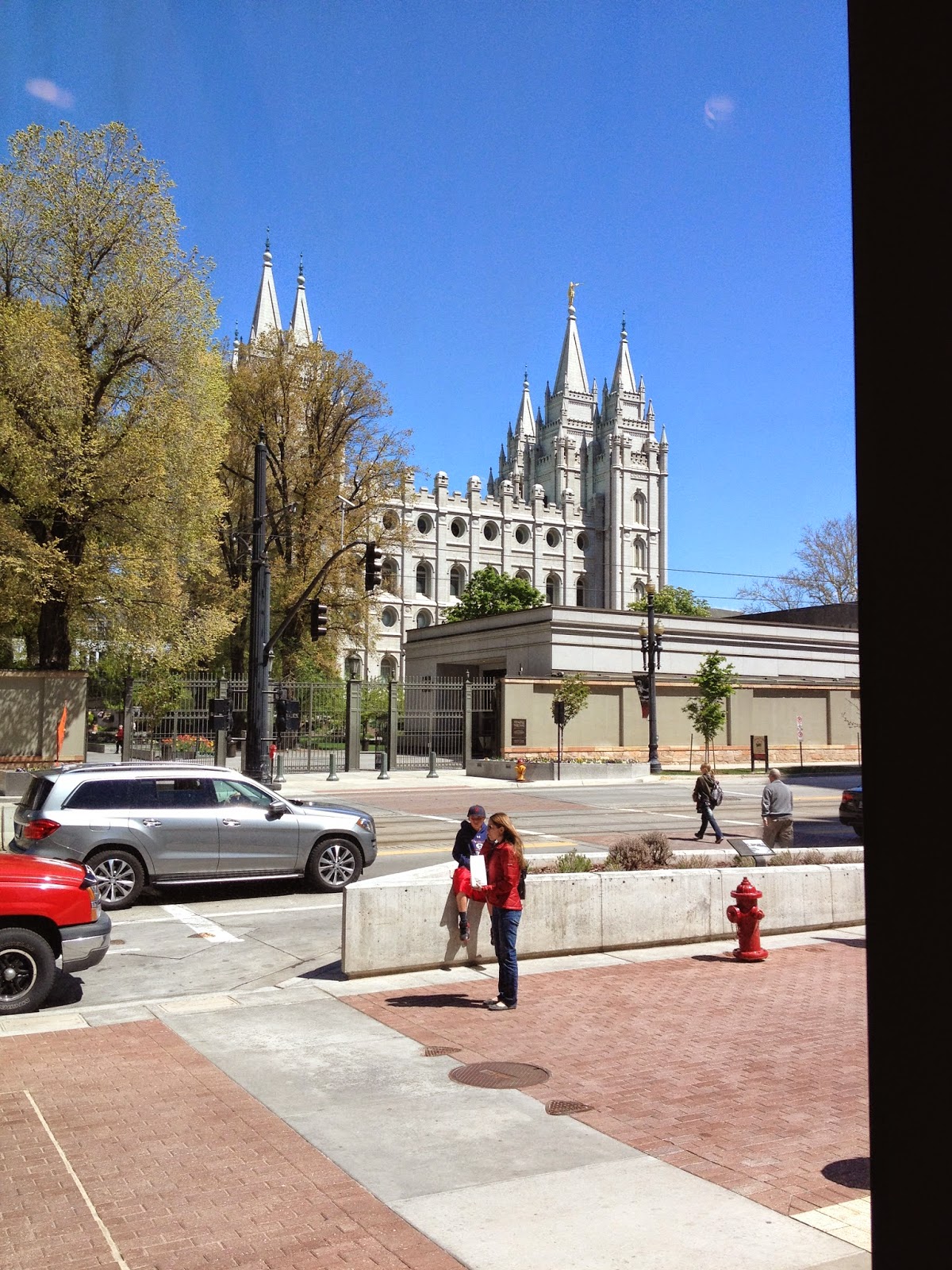 After lunch Cindy and I picked up her kids from school and we went over to their new house to walk through it and see the progress. (I guess they do this at least a couple of times a week) It's so close to being complete so they can move in. 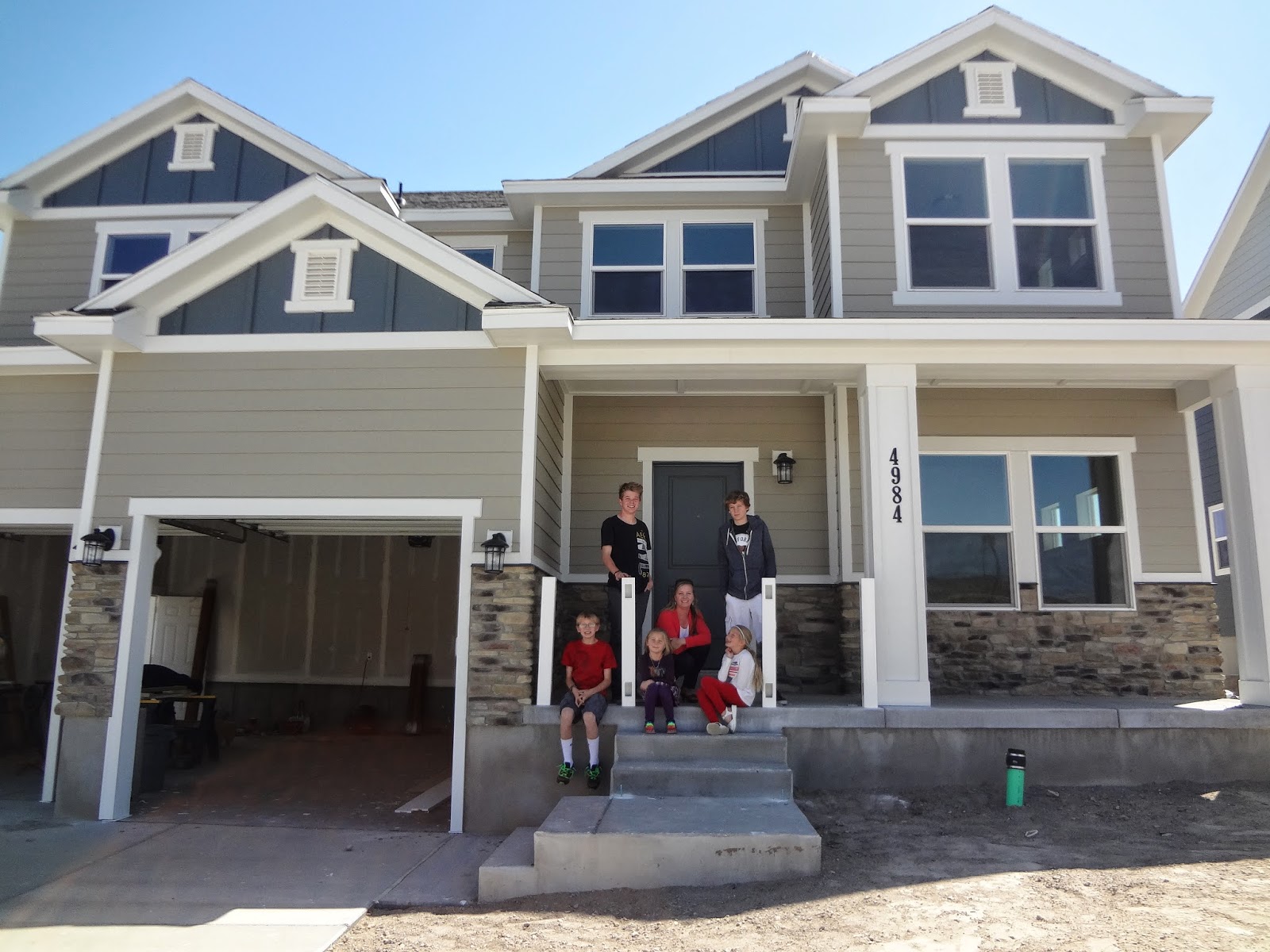 It was so fun to see how excited they all were. I am happy for them! 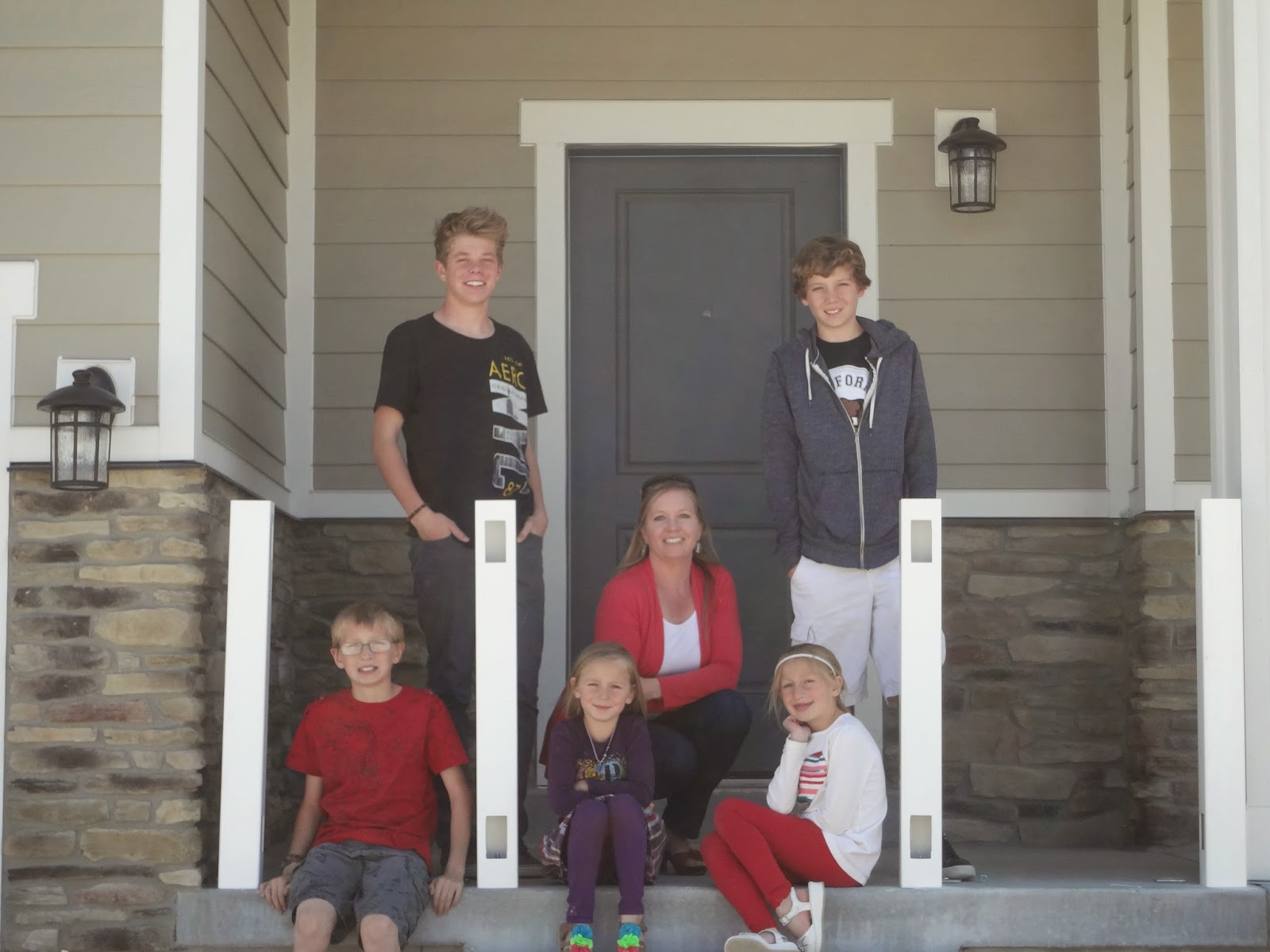 Cindy then dropped me off at Virginia's house and I got to hang out with my nephews and Virginia. Here is a picture of Dean who had written my name on the white board. :) 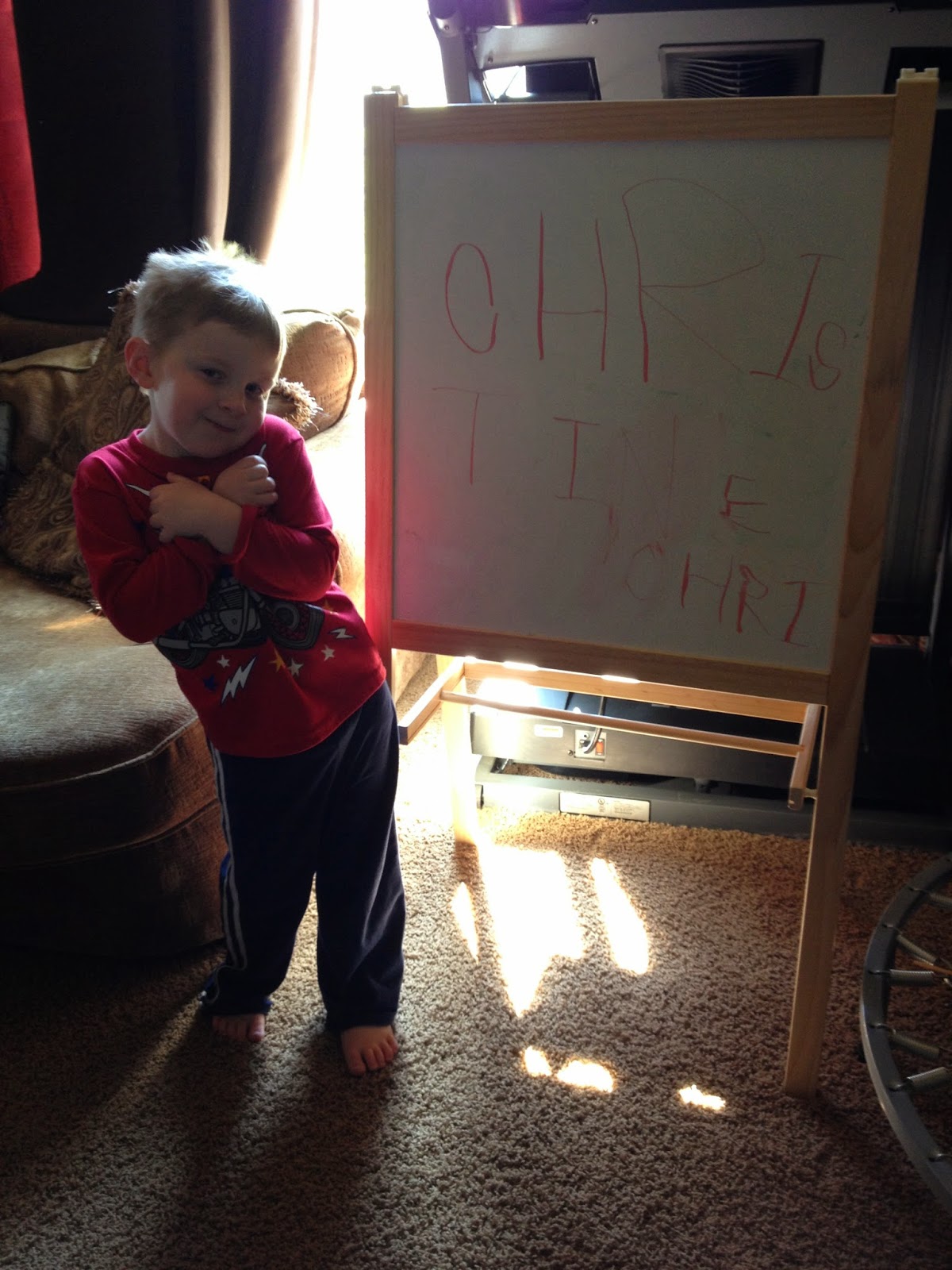 I enjoyed chatting with Virginia and my nephews and catching up on their life, seeing my nephew's new car and hearing about music, guitars, teen life and more.
We went to dinner at Zupas which was a new one for me. Great soup and sandwich place! Another one to add to my list of restaurants that I would love to see in California. 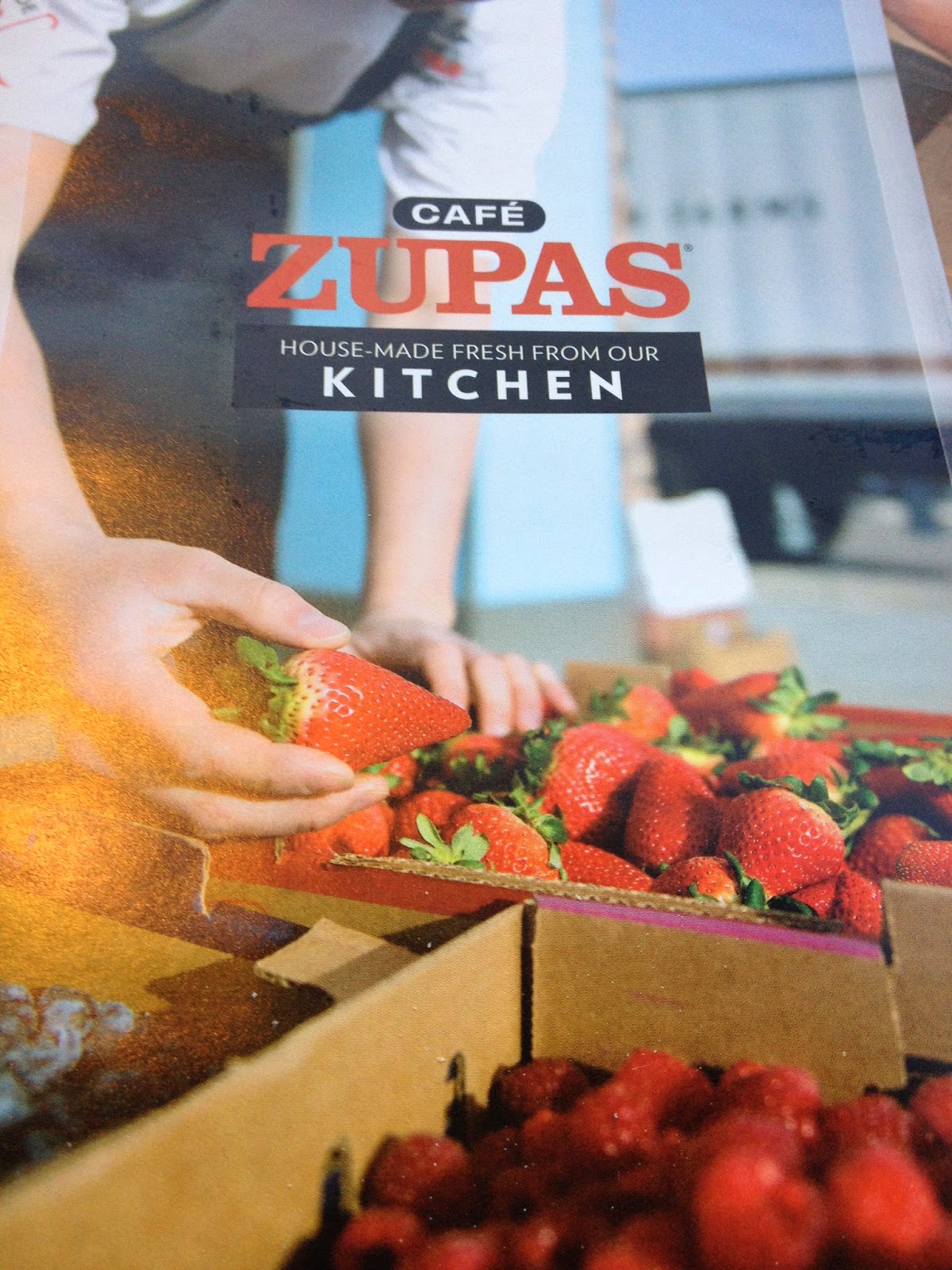 After we dropped the kids off we headed to Provo and checked into the dorm and ran into our aunt Lorene and her friend Jeanette! We were so happy to see them and hung out with them at Café Rio even though we already had eaten. 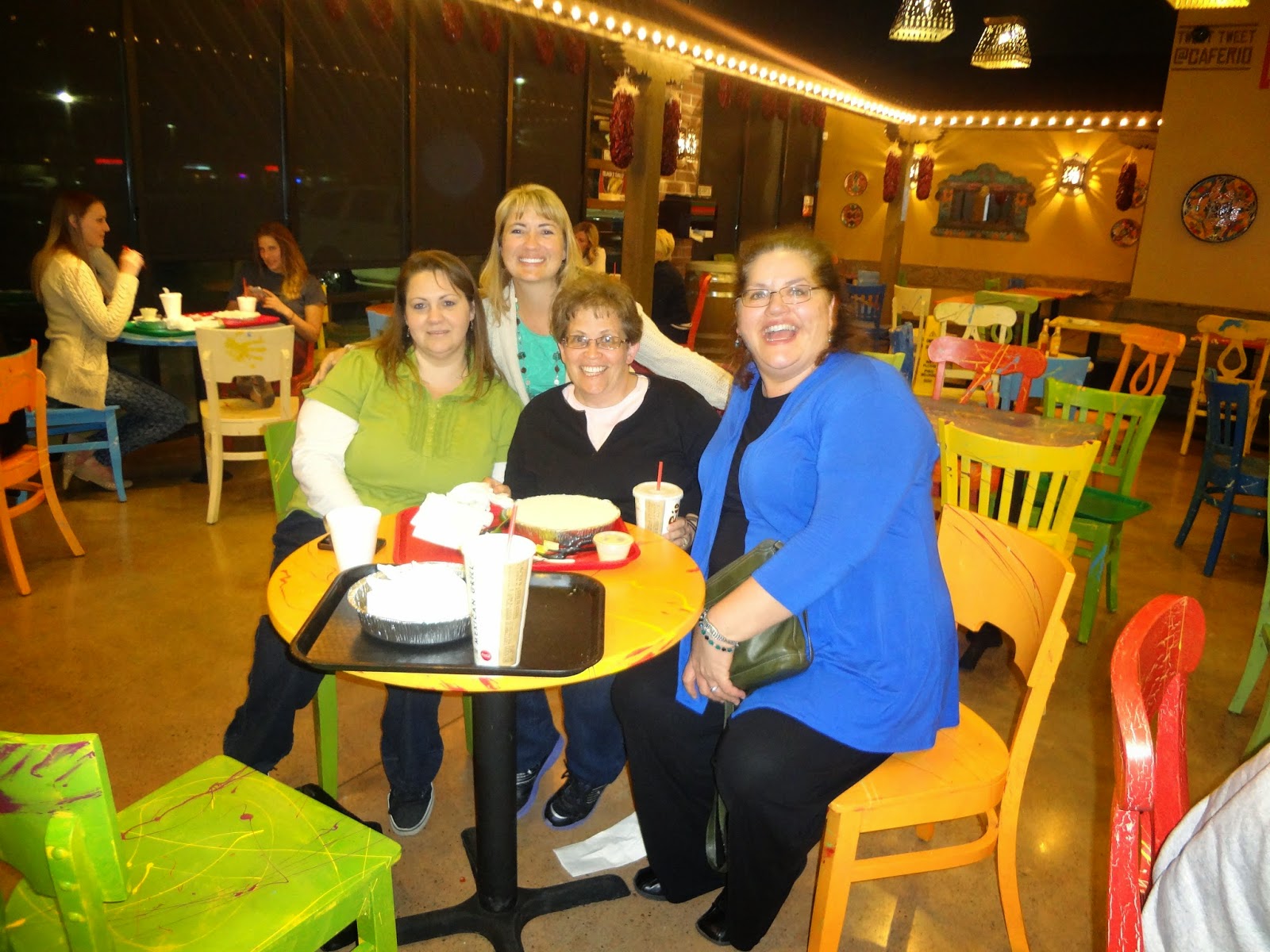 Every one of us got to Provo at different times and the California driving group got in the latest.  Luckily everyone got into their room after hours and nobody had to sleep in a car or anything.
Virginia noticed an opportunity to take and make things while we listened to conference talks as service opportunities. We collected a few kits and then we always had something to do while waiting for things to start or to keep our hands busy while we were listening. 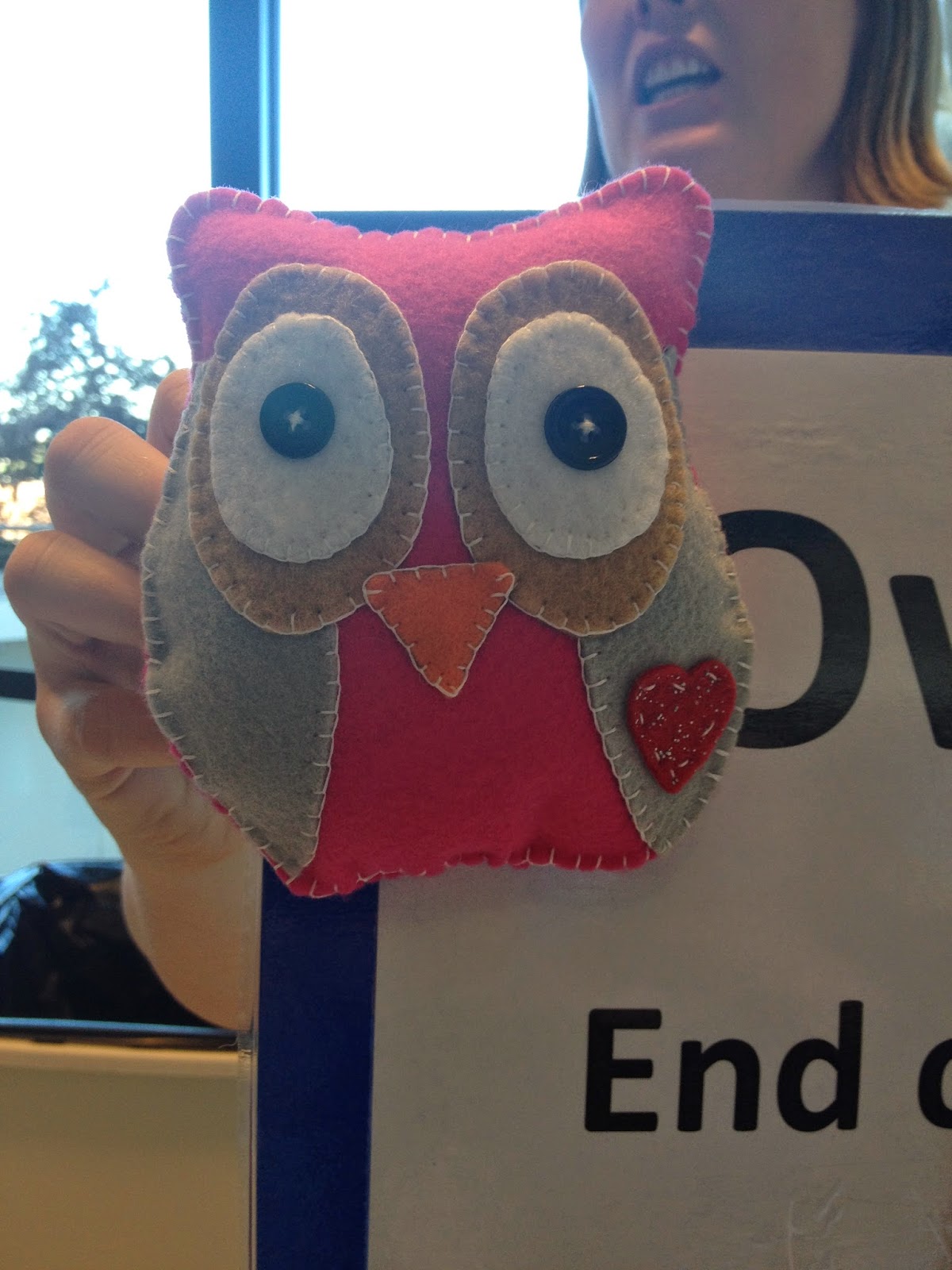 The theme this year was "For the Lord God is a sun and shield and the Lord will give grace glory: no good thing will He withhold from them that walk Uprightly. Psalm 84:11
Cindy was able to join us for the day and then we met up with Sharla and her group as well. 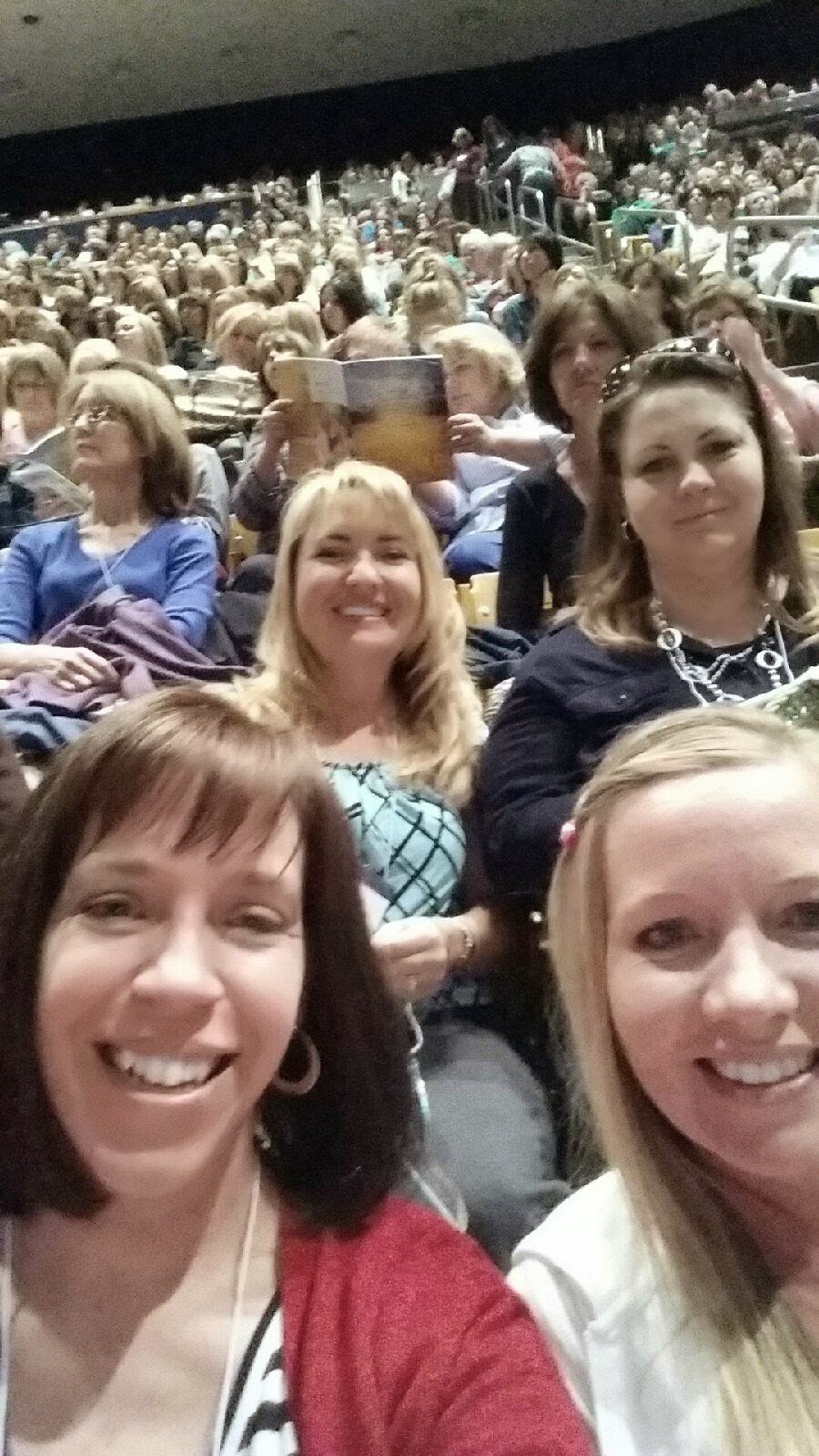 Penny and Shawna... matching black and white and red twins. 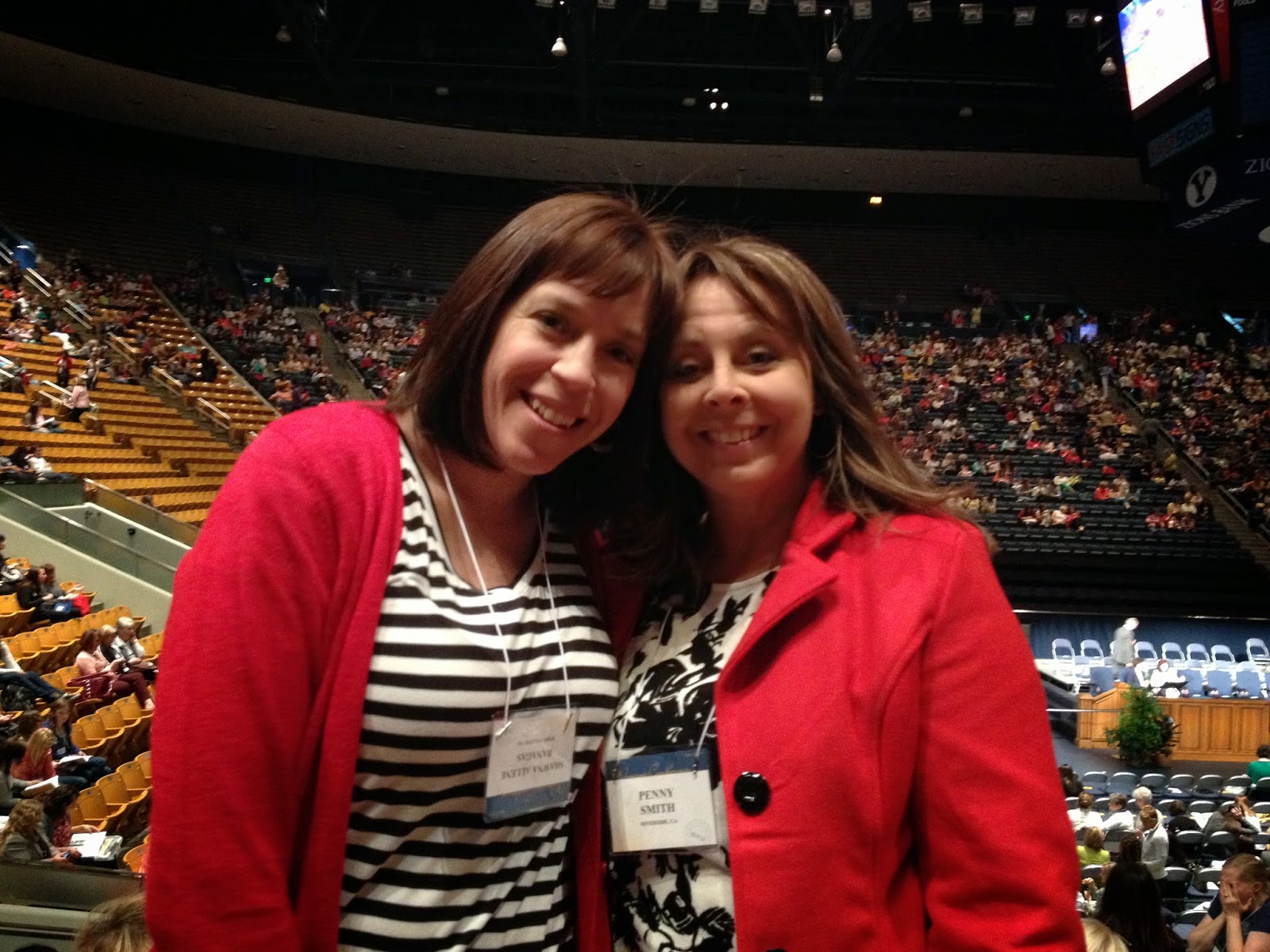 It was fun to all split up and go to classes and then come together for the last session and compare notes and share the things that inspired us the most. 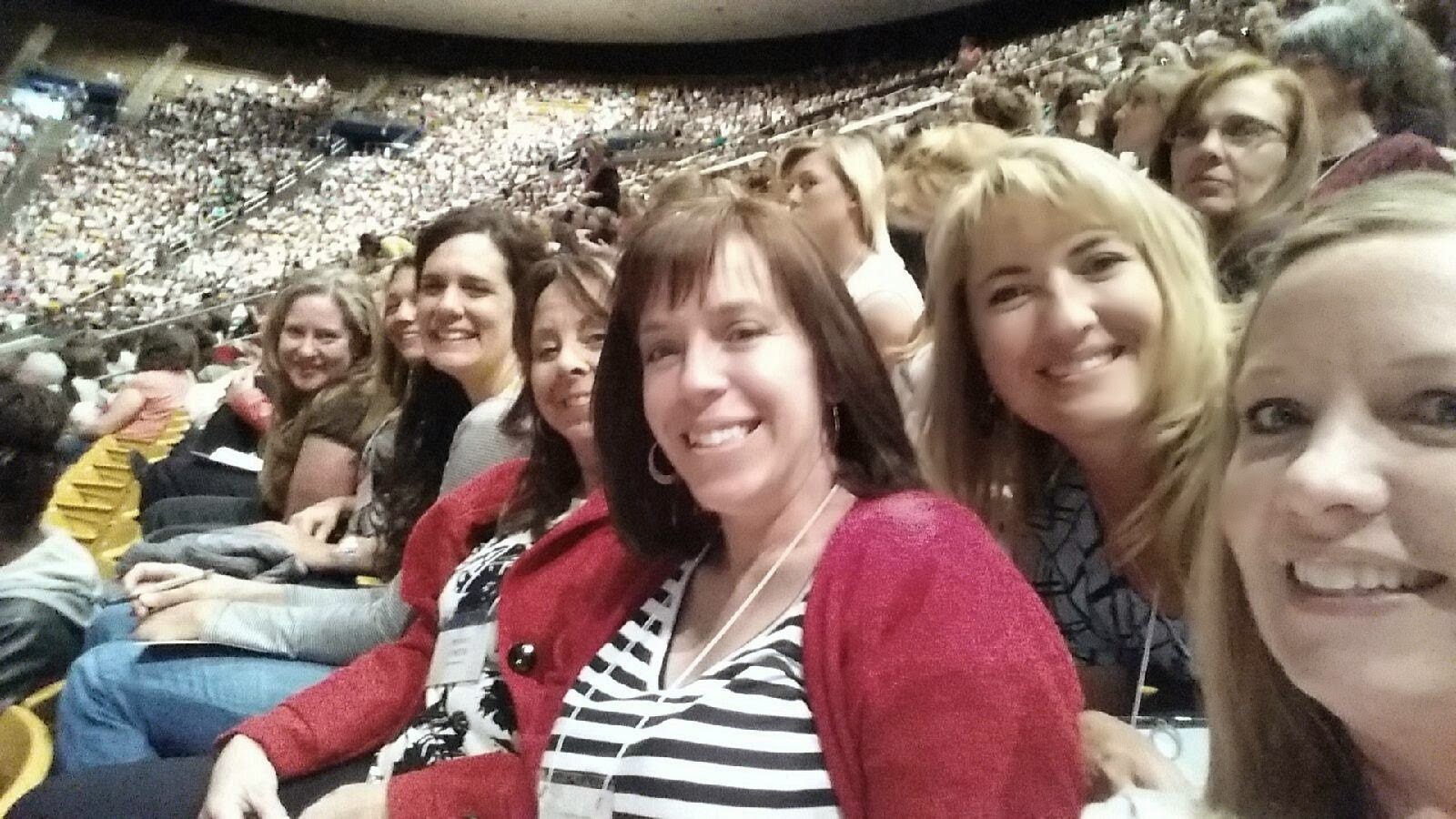 Dinner was at Bombay House. Wonderfully yummy and another one I wish they had in Southern California. Even Virginia who isn't an indian food fan thought it was good.
We have Sharla, Cindy, Meri (Cindy's sister), Virginia, Me, Shawna and Penny. Carol and Jennifer were also part of our group by they had already left. 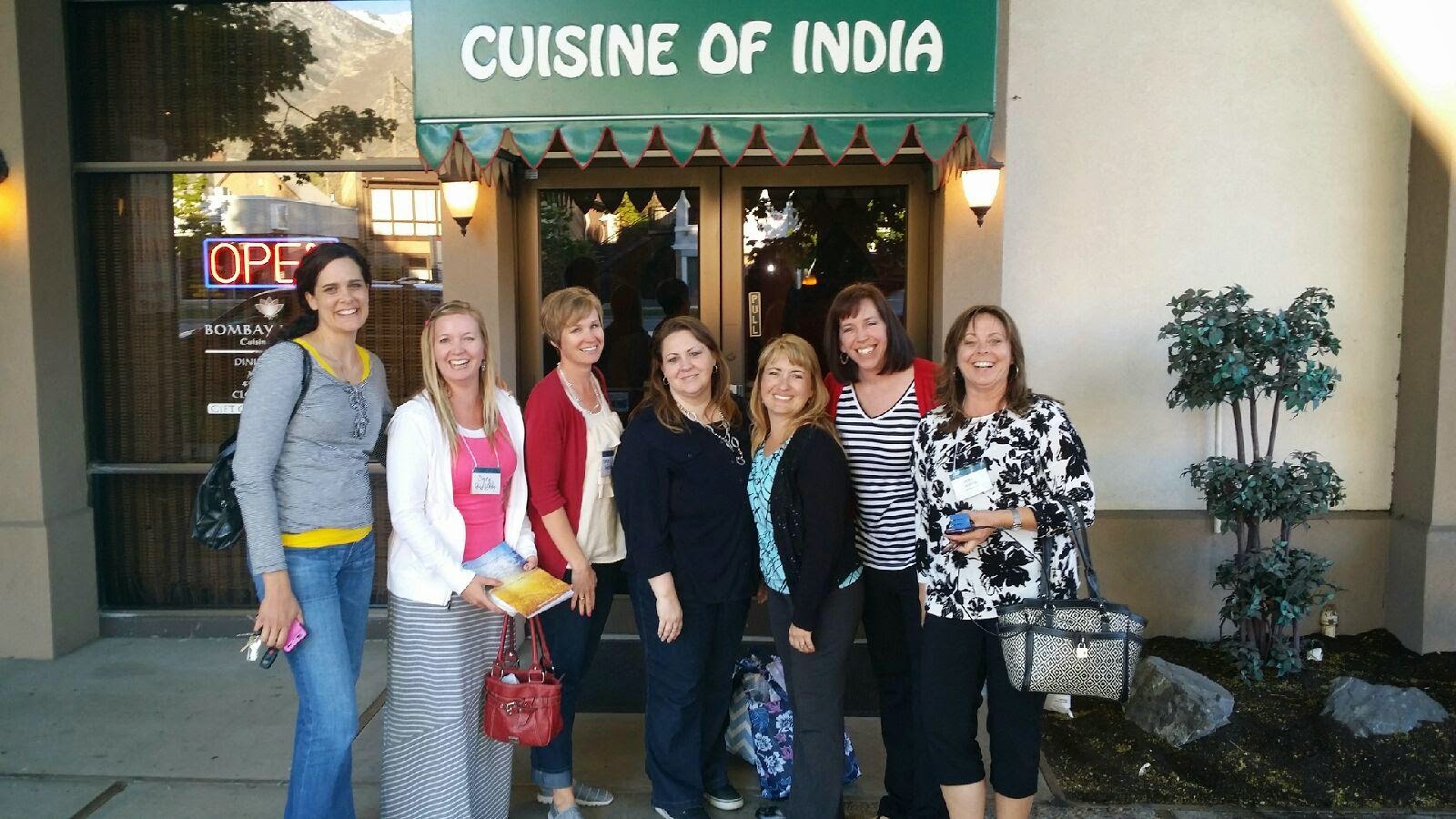 We all went back to the Marriot center afterwards to hear the concert. There were some great performers and some touching testimonies including a mom whose daughter was a victim of the Sandy Hook shootings and now has a greater testimony of Christ and his power to help us through our problems.
I found that the theme throughout the conference was about grace, god's love and using his strength to carry us through whatever life brings. 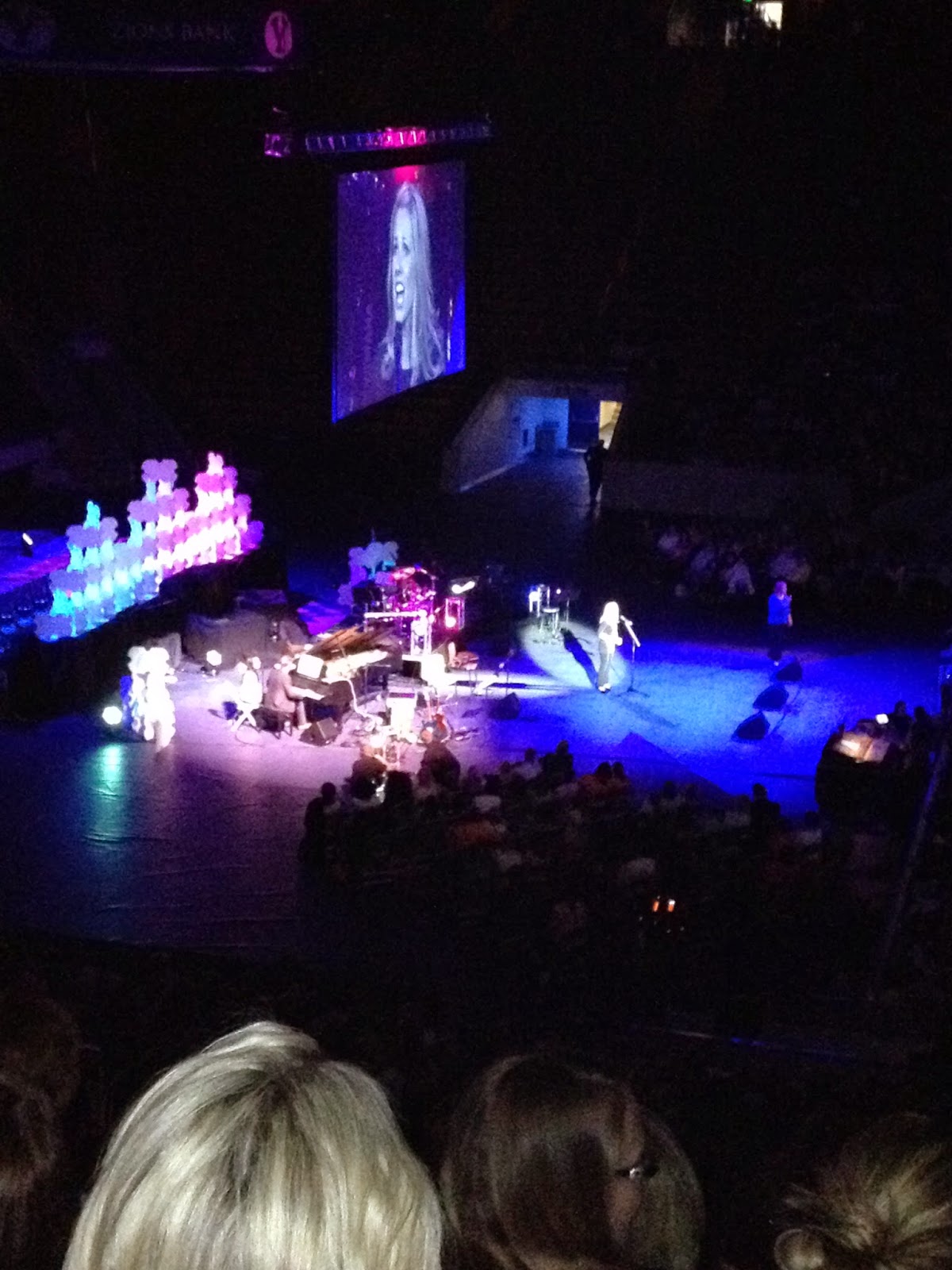 Friday was the second and last day of the conference. Here we are in a mine craft forest...for the benefit of Dean who loves minecraft. 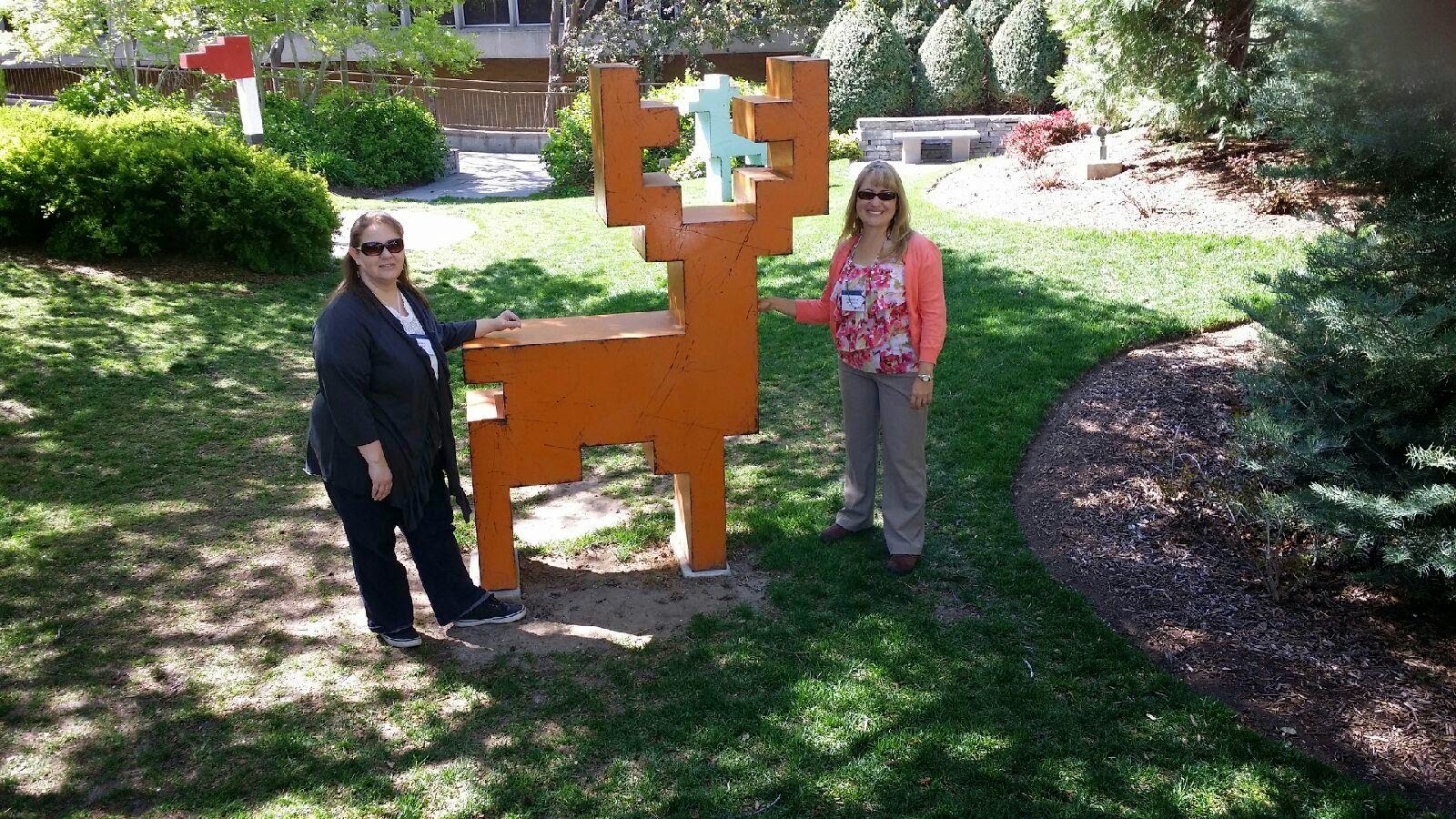 Virginia finishing up the last of our projects in the last couple of classes...it was a push...maybe we bit off a little more than we could chew. Ha ha I know the scarf I crocheted took a lot longer than I though it would! 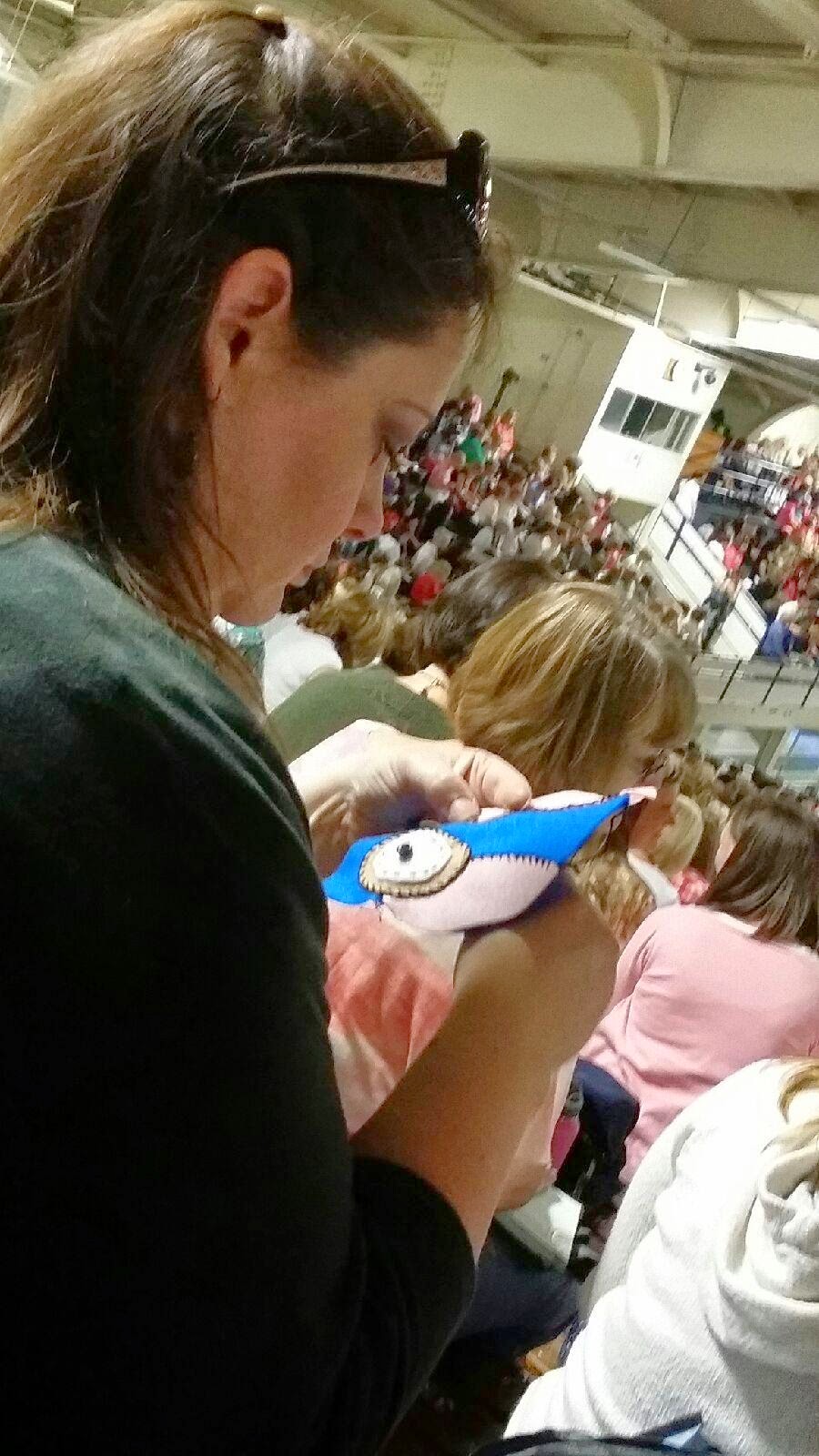 Sad that its over but so glad that we could be there. Those of us who were still available spent dinner at Café Rio talking until about 10:30. We were ready to shut the place down ha ha.
Penny flew home right after the last session and Virginia went home with her family to spend a night with them before her husband flew out for 2 weeks so it was a quiet night for me.
This is the most sleep I got at a women's conference! No late nights this time. 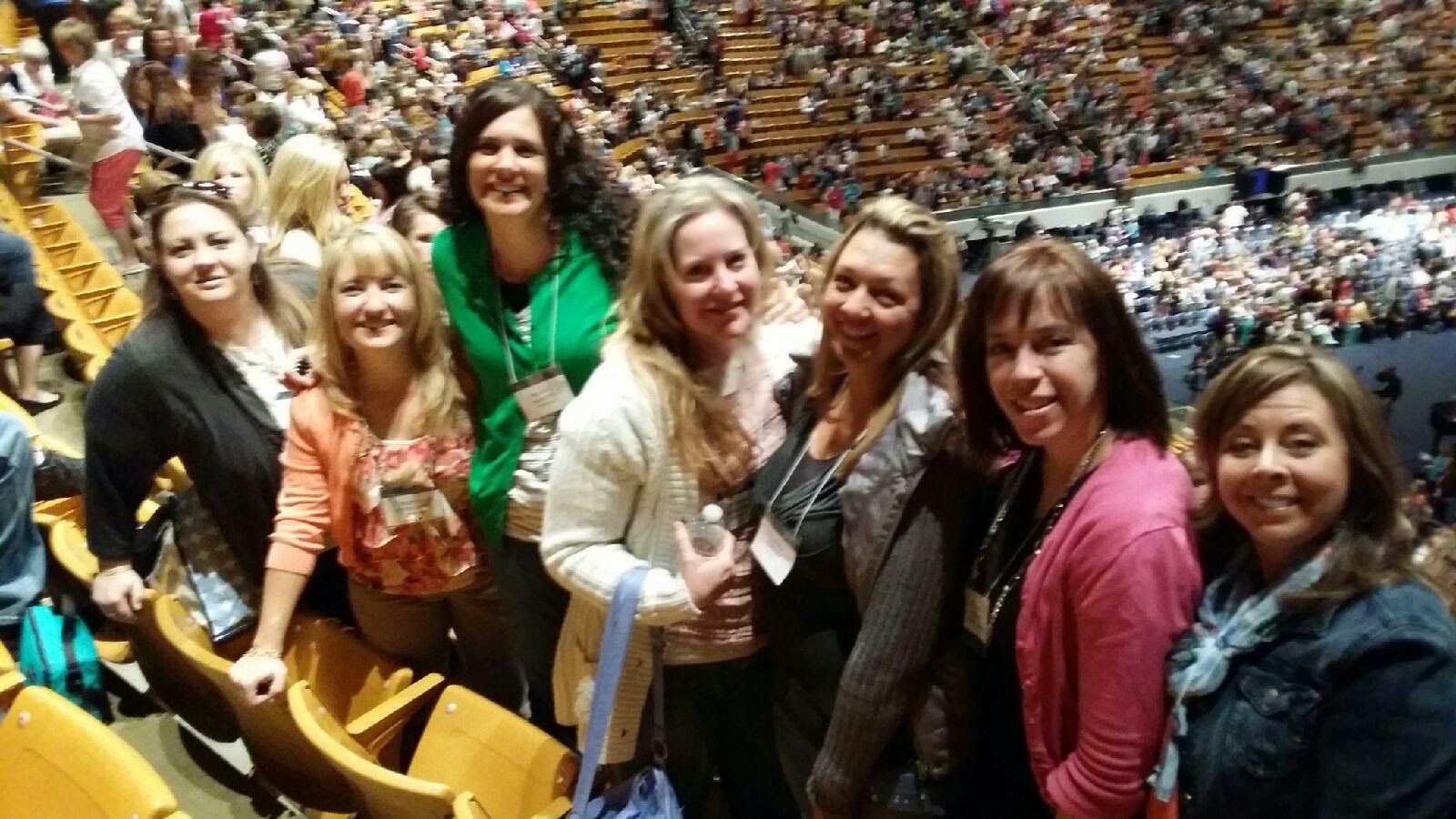 Before we parted ways Shawna and I enjoyed breakfast at Kneaders (another place I really with they had down here). She has been a great friend through the years and no matter if she's living in the neighborhood or Costa Rica we've stayed friends over the years! 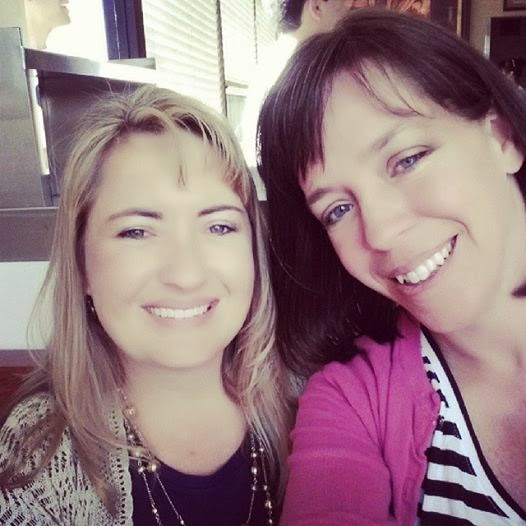 After saying goodbye I drove up to Virginia's and we shopped a little and then headed over to Jonny Ellis's funeral. There was a huge gathering of family and friends to support the Ellis family and to remember Jonny. 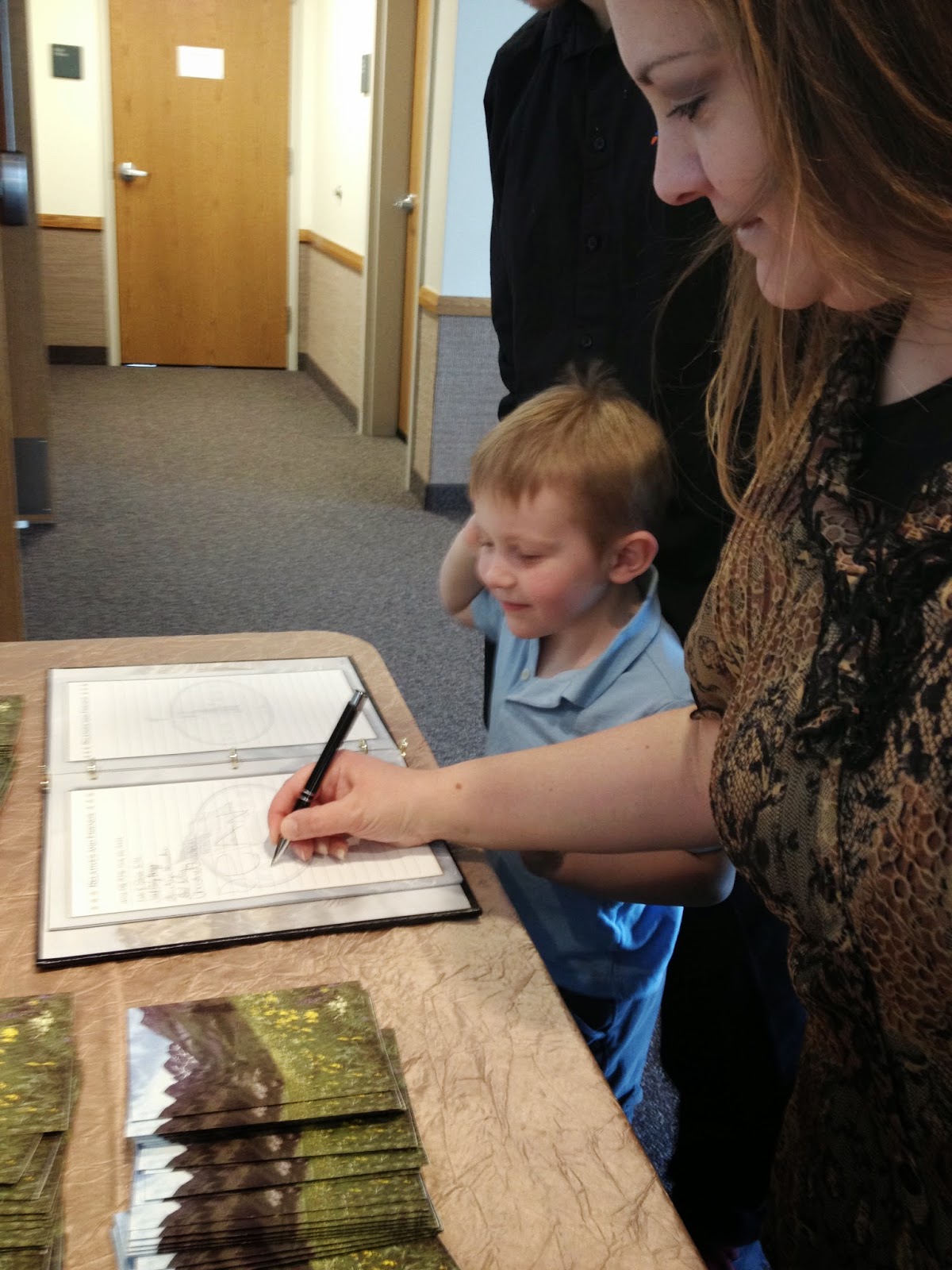 They did a great job with the funeral program with both the talks and the excellent music. His cousin gave a very moving tribute on her blog. She expressed herself so well that I am adding the link.
http://the-olivia-story.blogspot.com/2014/05/the-sweet-prince.html?m=1 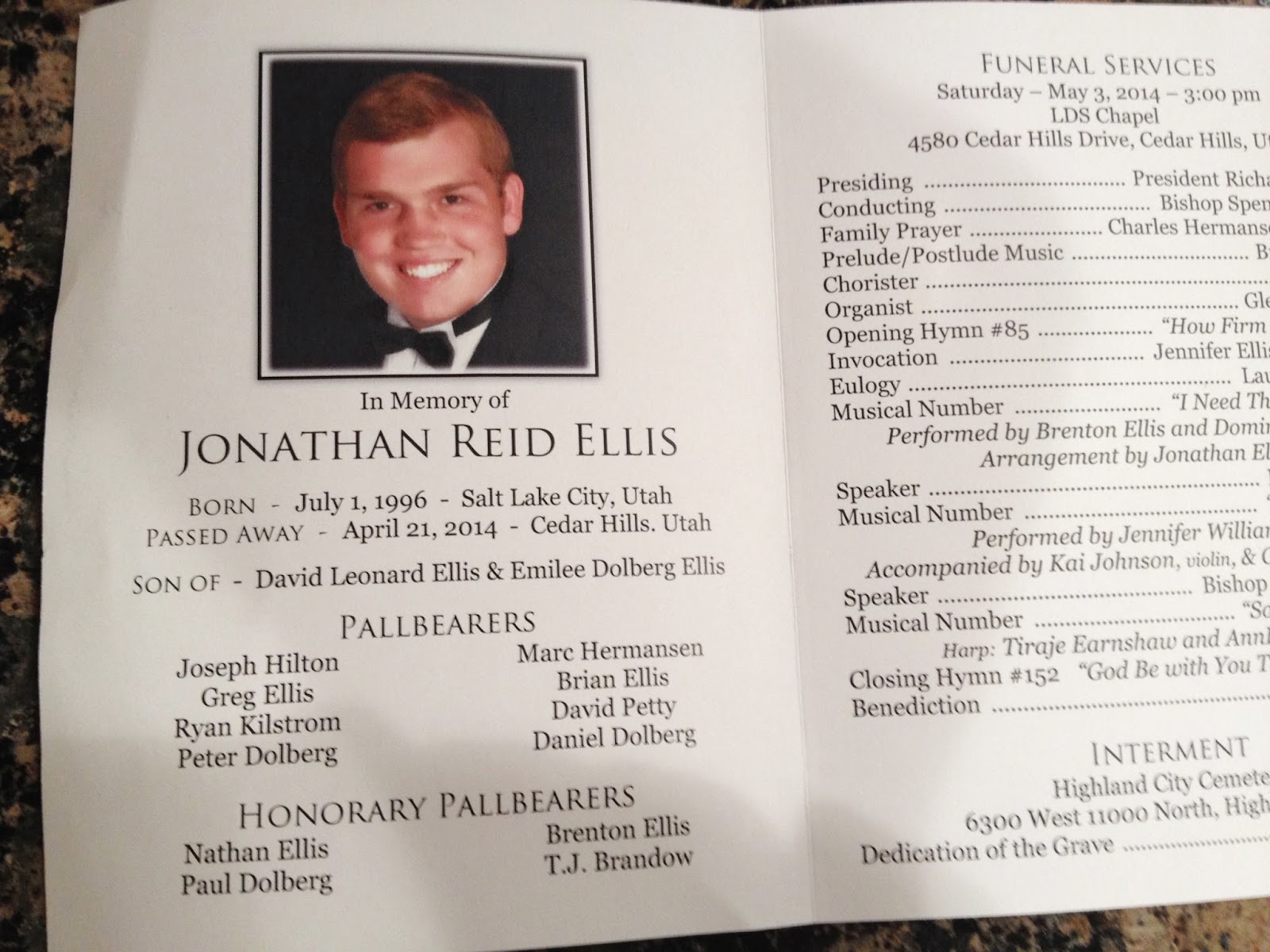 To me David's testimony of the Savior in the midst of his mourning was an evidence of the enabling and sustaining power of grace and was a culmination of everything that we were taught at our conference.