Thanks for everyone who participated in Taylor's survey. He was thrilled. He will post the results soon. I'll let you know when...

OK so are you ready for Halloween? We're getting there. Good thing since it's the day after tomorrow.

Gone are the days that I have everyone's handmade costumes ready the month before. No time or energy for that.

This is the pictures of our kids from last year.

Jacob had said all the way up to Halloween that he wanted to wear his old power ranger costume. When he put it on he wasn't liking that it look like "tights" on him so he decided he would not wear it. We pulled out this old costume which he aslo refused to wear the whole time we were at trunk or treat until the last 10 minutes when he finally decided he wanted to get some candy. 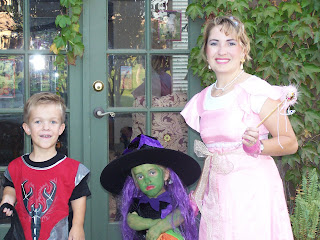 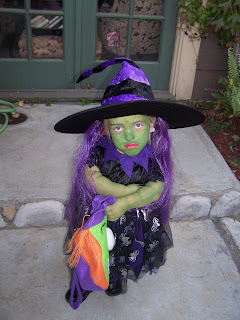 I think Taylor's costume took the cake for being completely lame. He was supposed to be a wizard. We had his hat and he was supposed to wear my gown from my high school graduation. I was sure I had it by try as I might I couldn't find it anywhere. He ended up wearing Jeff's black coat from his mission and a homemade beard made out of cotton balls that kept falling off. Sorry Taylor but you looked like the geeky wizard on Shrek. 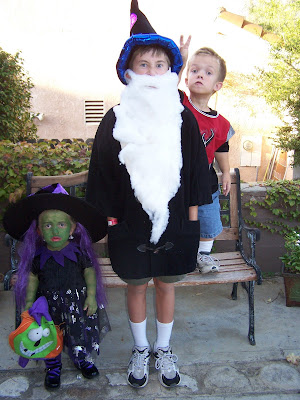 In my defense we were recovering from a family funeral and Jeff was out of town. Oh well.

So now a little sneak peak of the costumes for this year... 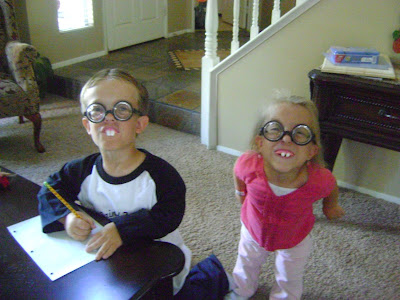 OK only one of these children is going as a nerd this year for Halloween. 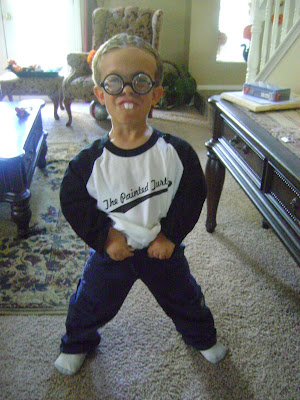 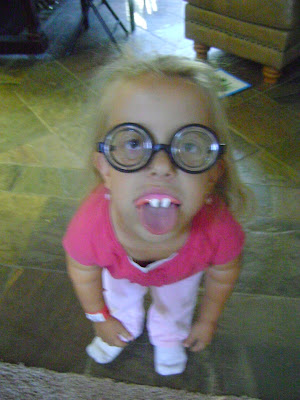 Such cute children!
Posted by Christine at 6:32 PM