With the extensive rains this winter there has been super bloom conditions in the hills around us.

There have been pictures all over the internet of people visiting the Super bloom with news coverage extending to the other side of the country and photographers coming in from all over to take pictures.

I was at the gym with my friend Mary Ann and when she told me of her plans to go and visit it I told her I would love to come too and we made a morning of it. 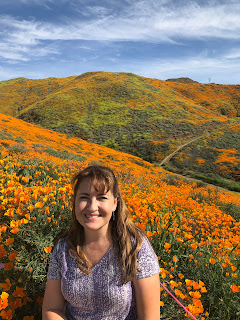 Some of the areas had been closed off and roads had been closed over the weekend because of the amount of people but we went in the middle of the week and went somewhat early and we were able to get in, though it was still pretty crowded when we were there. 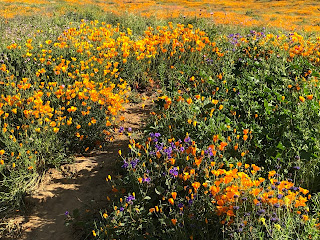 They even had porta potties, caution tape everywhere and trails to keep people out of the poppies so they will still be there in the future. 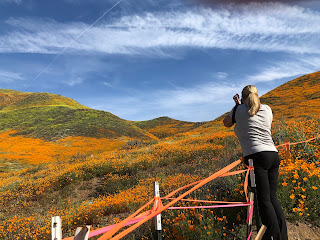 The more we hiked the more views we enjoyed with poppies as far as you could see. 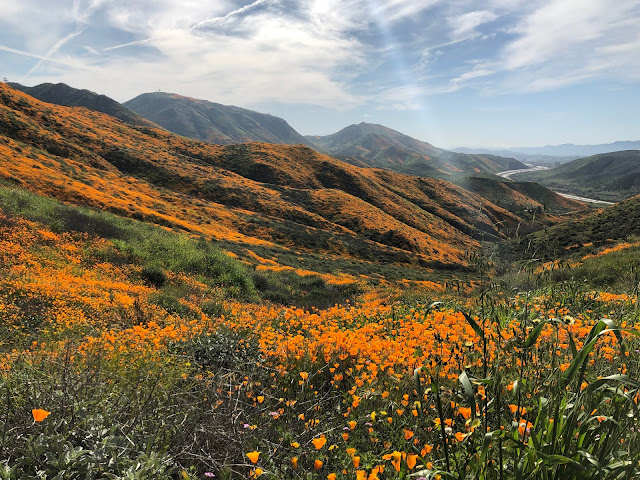 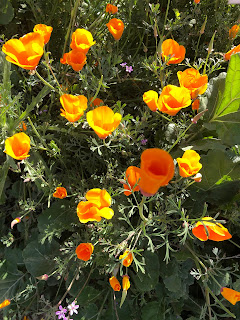 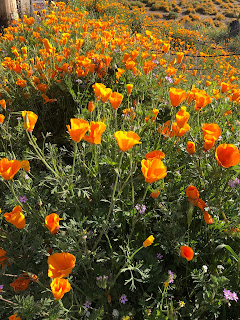 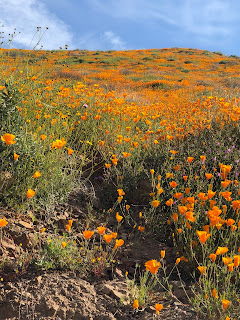 The poppies were intermixed with these purple flowers as well. 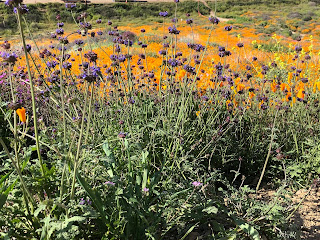 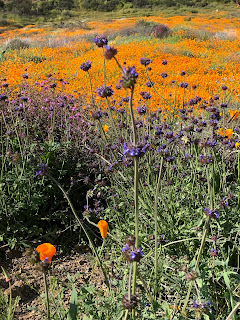 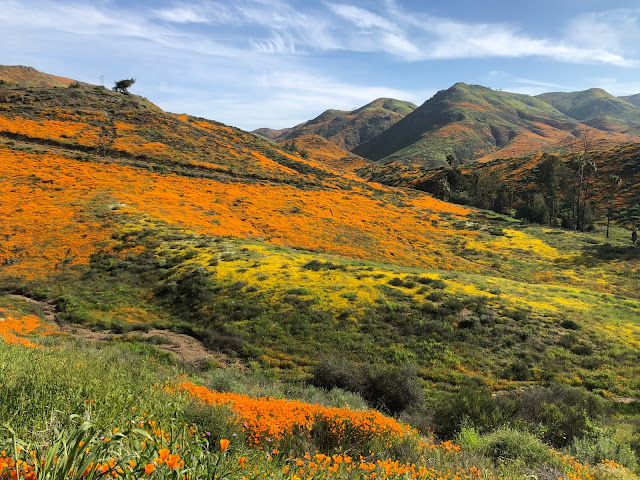 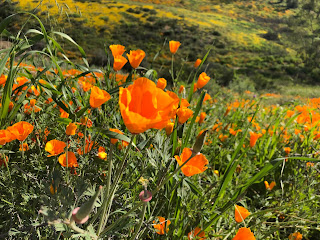 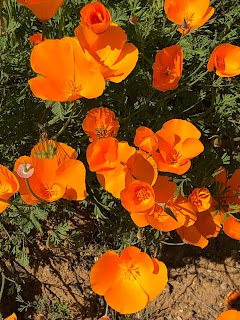 You can see the freeway in the distance... 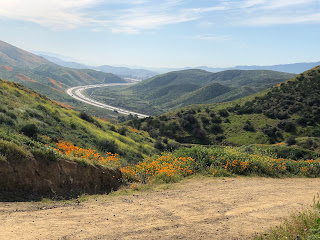 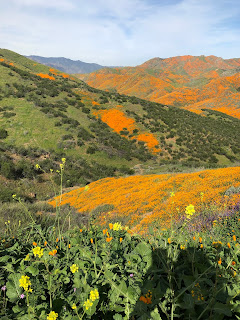 We hiked up as far as we could go which was actually pretty tiring with other visitors. We saw a few photographers with their clients coming up to take pictures.

One family we walked with had the mom wearing a dress and high heals walking the same trials we were! 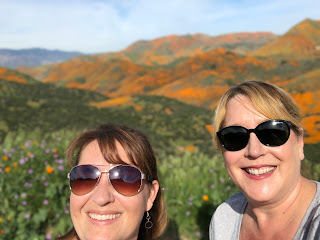 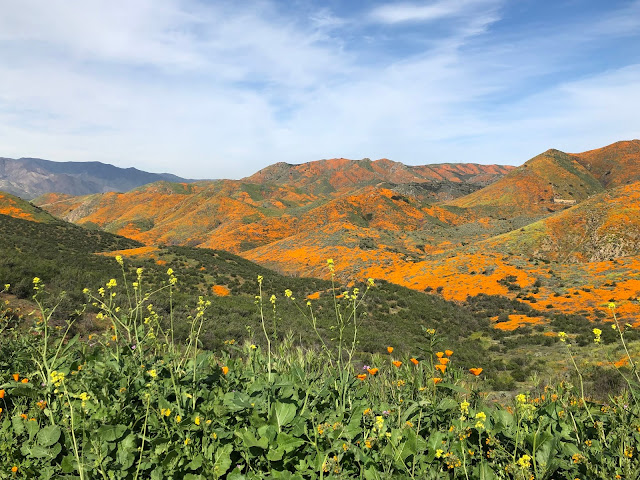 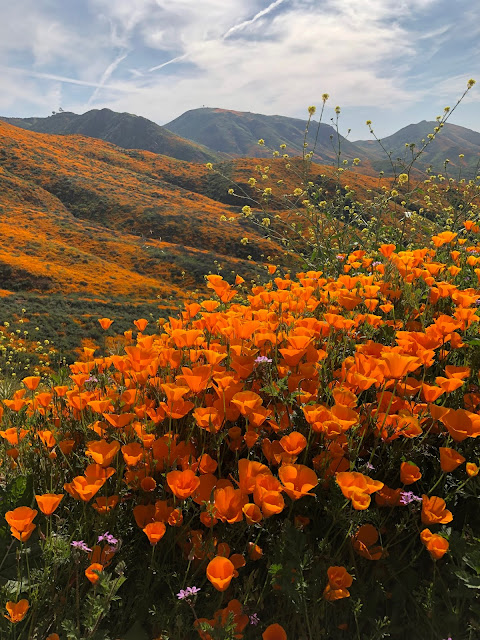 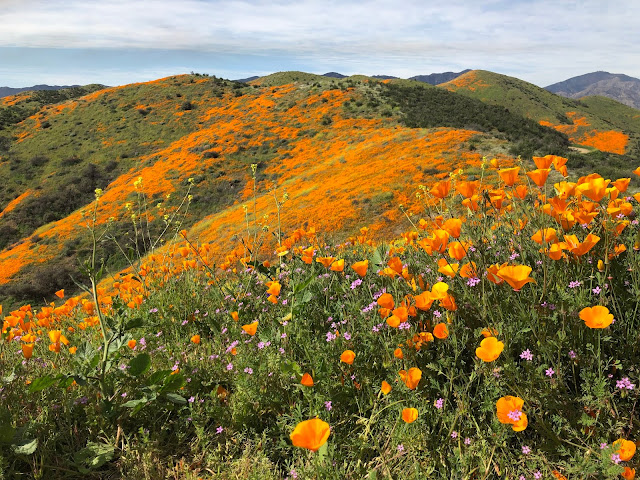 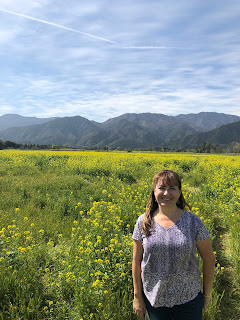 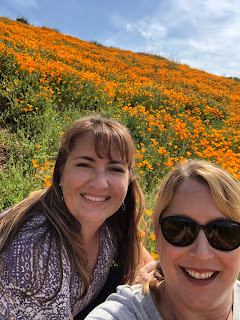 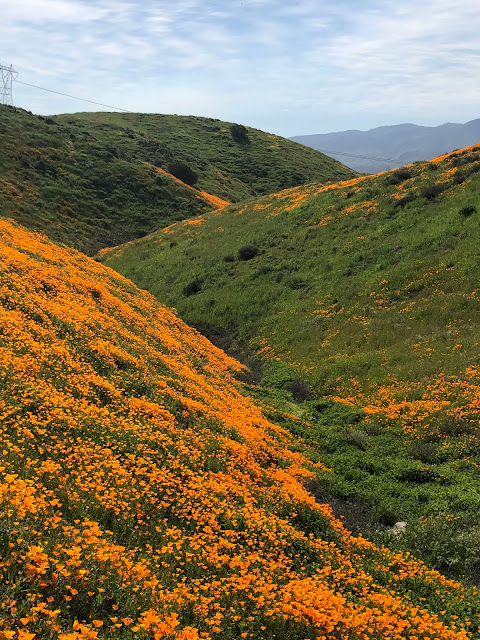 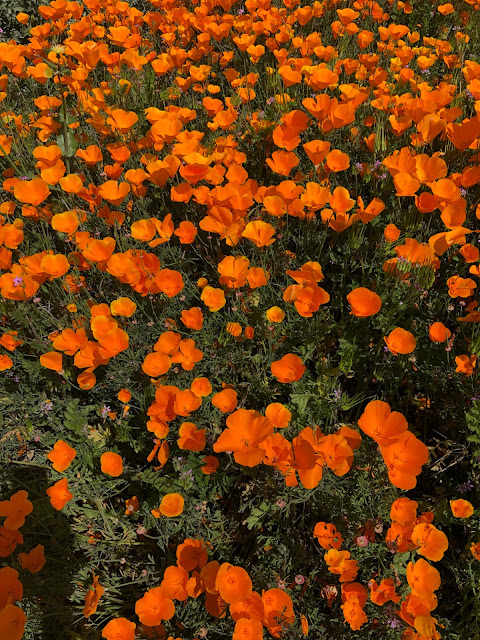 Thanks for the invite Mary Ann!  Best morning ever. 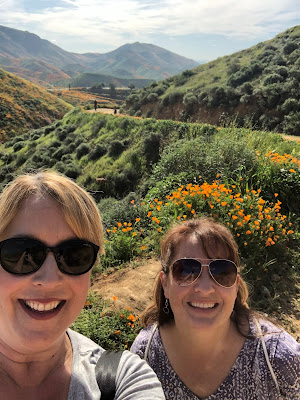 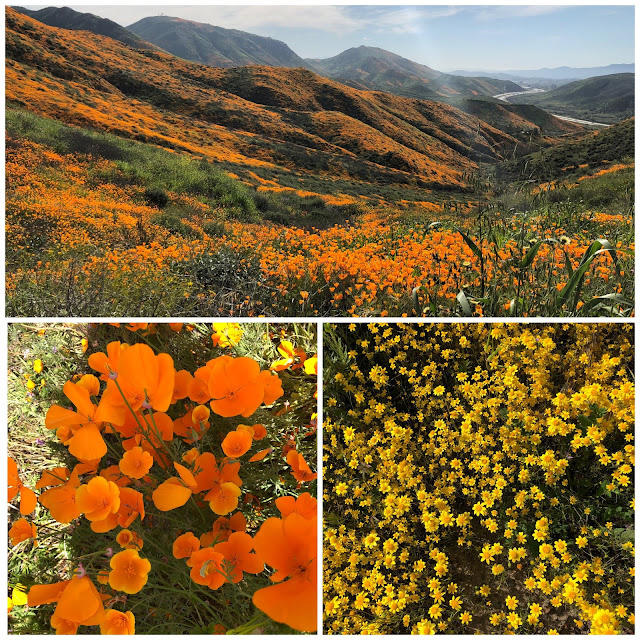