Pixos, Parties and a Paper inspired by the Captain Underpants generation.

Most of this week was pretty quiet for the most part.
One day Ashley pulled out her pixos to try them out...they worked great until I put too much water on her creation and we had to wait a long time for it to dry. 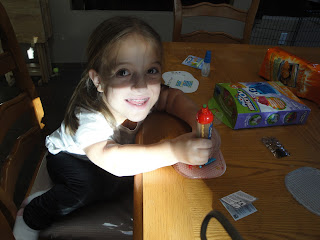 One afternoon we pulled out the leftover marshmellows from Ashley's cupcakes and decided to roast them on the stove....the kids loved this...Ashley wants to do it again. 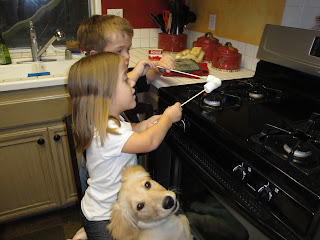 Snuggling with the dog is a favorite pastime. She's getting almost as big as Ashley!! 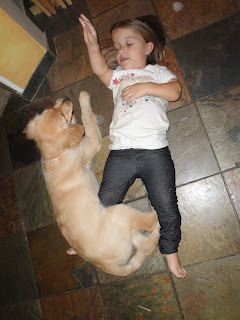 1/2 way through the week I having one of those “housewife” days where you wonder if your wasting your life away not living up to your potential. You feel on the edge of not being needed by anyone or anything other than for cooking and cleaning and “being there” for the children to pick them up and make sure they’ve checked off their list of tasks for the day.
So the next day I ended the pity party and pulled out my ancestor journals for a project and poured over remarkable stories of incredible sacrifice, pioneer struggles, Indian attacks and remarkable testimonies of the church made more powerful by lives spent living what they believe. By the end of my time with these journals I was invigorated and got up and reached out to others more, and serving more than I have been lately. Nothing like reading pioneer stories to make me think that life isn't so bad!
On Friday Ashley got an award for Academic Excellence from her teacher. He said "Ashley give 100% effort to all of her classwork. She has a winning attitude and it show in her performance!"
I was so proud of her! 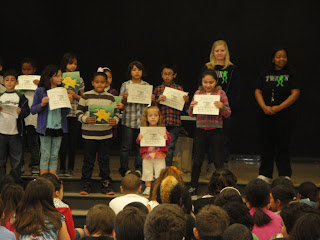 This weekend was the weekend for parties! Ashley had one on Friday night where she learned to love the Wii dance game. 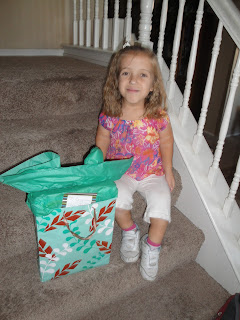 We all got to go to a party to celebrate the temple sealing of the Mundo family at the Gardener's house.
(I was glad I got to go to the temple to be there with them and it was very touching. They were so happy :) 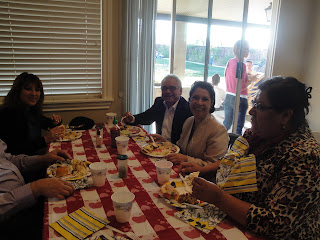 In the Gardener's backyard...the kids were having fun enjoying Taylor's rides... 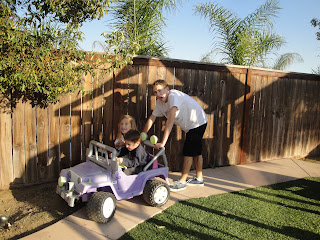 They even had a beautiful cake. 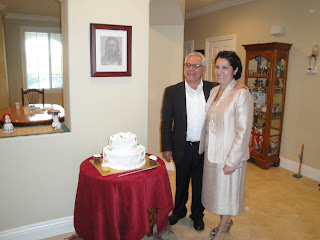 My first time trying a tres leches cake. It was very good especially with the fruit inside... 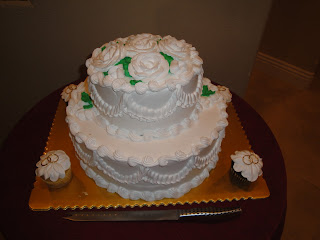 you can see how much Taylor enjoyed it too. 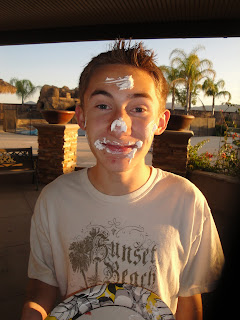 That night Taylor was off to one birthday party and Jacob was off to another (I had a lot of presents to buy this weekend).
This was Jacob's first boy/girl birthday party since he was little. He almost didn't make it because the girl had written the wrong address on the invitations...we weren't the only parents who were lost. We were about to give up until we saw a guy unloading pizzas at one of the houses and sure enough we found the party house.
The birthday girl told all her guests to dress "formal" Jacob said he was the only boy wearing slacks..but all the girls were wearing nice dresses so he was fine. I was worried about how crazy this party would get because I didn't know many of the kids. When I went to pick him up it was pretty mellow. I asked Jacob if anyone gotten wild he said "Well there was one time they were throwing gummy bears at each other." I think I can handle that kind of wildness ;) 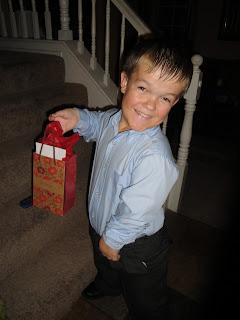 So to end my post I am going to include Jacob's story he had to write for homework a "5 paragraph narrative". Taylor and Jacob were laughing over it last night. I think it's pretty obviously crafted by someone living in the Captain Underpants generation.
Jacob says his teacher is really strict....I'm a little worried she won't find his humor as amusing as he does.
One sunny day, in 15015, a group of friends were walking to a park. These friends, John, Jacob, Joseph, Joe, and Chip, were on their summer vacation. “It’s getting hot guys”, said Joe, “Let’s get something to drink”. Suddenly, the sky turned bright blue. “Hey what’s that?”said Chip pointing to what looked like a UFO. In an instant they were surrounded by a glowing, bright blue light. Then, the glowing stopped.

They looked at each other and they too were glowing. “Ok, I’m going home”, Joseph said. In two seconds he was home, this is weird. “WOW, I’m amazing!!!” He quickly ran back to the park and saw John flying, Joe spitting molten lava, and Chip digging large holes. Jacob was complaining, “What’s my superpower?” Suddenly, he flew up in the air followed by a smelly, green mushroom cloud.


Then John said “We should call ourselves The-Super-Awesome-Amazing Incredible-Mutant-J-Force-4 + Chip!” “And we should fight for all that is good and happy!!” Chip said. “No Way!!” said Jacob, “I want to hurt some people!” Then Joe screamed “HECK YES!!” “I don’t want to be a part of this!” Chip said and disappeared into a hole he dug. Soon The-Super-Awesome-Amazing-Incredible-Mutant-Force-4 started to pull pranks (like Toilet papering people’s houses) and Chip wanted to stop this.


This started world war 145.6 (Everybody was REALLY grumpy). This was all started by Chip spitting an acorn at Jacob who blasted it away with his super fart. The acorn landed on Johns head which was soon incinerated by Joe’s super spit. This epic battle caused friends to unfriend, mountains to drop, and anvils to fall.


Chip got tired of this and dug a gynormous hole creating mount chip (taller than Mount Everest). The-Super-Awesome-Amazing Incredible-Mutant-J-Force-4 started fighting their way up the mountain. When they got in space, Chip threw a Gynormous dirt ball causing The-Super-Awesome-Amazing Incredible-Mutant-J-Force-4 to vanish to a distant planet. Everybody (who wasn’t hit by an anvil) cheered for chip. Chip and all the survivors lived happily ever after.

Posted by Christine at 3:12 PM