Nothing better than family

Monday was a day off for the kids and what a better thing to do than get out of the house and do something fun with family.
We called up Steve and Tahna and met them at the skating rink. (you can see Jacob in the background)
Jacob and Ashley might not run as fast as their friends...but they both can skate as fast as them ;) 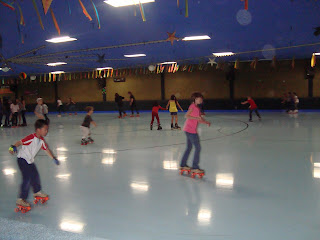 The line was around the building when we got there but luckily prompt Steve and Tahna were already inside with a table waiting for us!
The place was packed but with it only costing a dollar to get in..we weren't too surprised. 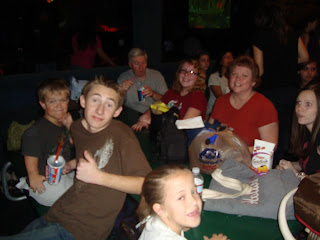 We all had fun skating and playing card games 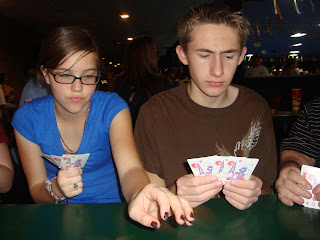 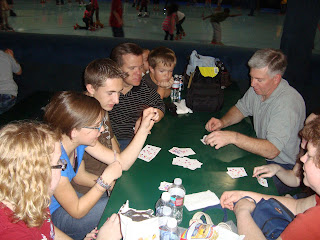 Jenise came too even though the baby is a little young to be skating yet ;) 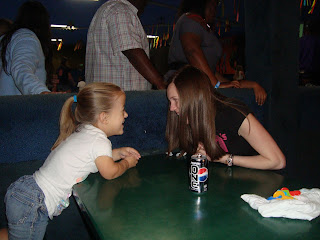 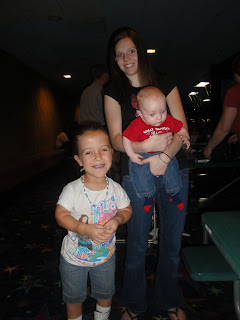 Before the session was done Ashley was complaining about feeling tired so we thought it was time to go. I thought her cold was done but I guess it wasn't...we got home and sure enough she started getting a fever again!
The next morning we both had a fever! The next couple of days Ashley and I were sick together sitting around not doing much of anything other than popping pills and watching TV waiting for the fever to come down some. Jeff would play super Dad every night after work and try and take care of me and the kids and house at night. Finally after some rest (and anti-biotics Ashley started feeling better and was back to school and I  and was good enough this weekend to drive up to Angela's to spend the night and go to her baby shower.
Jeff had flown out for a speaking assignment so I was on my own to pack everyone up, and drive the 2 1/2+ hours to Camarillo. That was a looong drive (especially with no one to talk to as the kids were all watching a movie)
I realized how many times Angela and Robert have made that drive to see us! Made me appreciate them more for doing it! 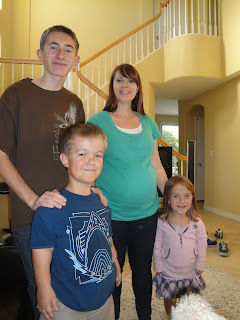 Robert and Angela had food for us and had rented a movie. Poor Robert kept getting attacked by the kids. For some reason they can't stop rubbing his head and snuggling him :)  I'm not to sure what he thinks about it but he's pretty patient because he never tells them to stop (even though I try and get them to stop)
Robert was the hero of the weekend when someone wanted to tow my car at 2:00 am and he rescued it as the tow truck was coming. Whew! That would've been a nightmare! 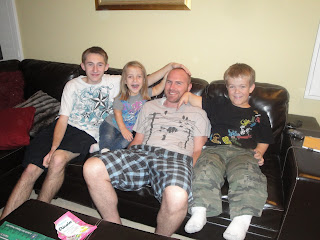 Here's Angela and her baby shower hostesses. They did a wonderful job and put on a great baby shower. 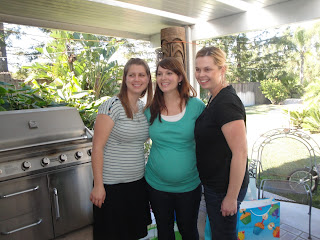 The brunch food was amazing! 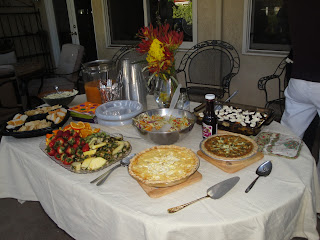 And the house was great with a beautiful backyard and perfect weather.
Angela and Robert have supported us and our kids with all of their things through the years so it was so nice for me to be there while Angela was getting "her" day. 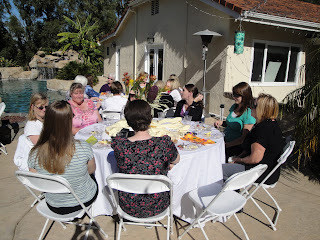 Lots of people came to the shower and I could see that Angela is loved by all those who know her! She is surrounded by great people! 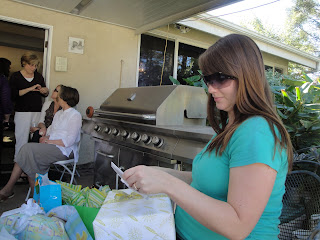 Robert's Mom got them a great jogging stroller so Dad (and mom) can take the baby out for some fresh air ;).  Looked like a nice stroller and Carol was excited to give it to them. 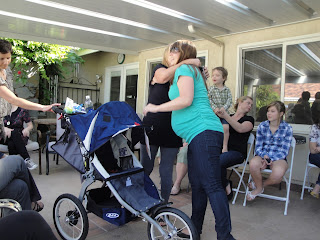 Ashley loved Carol's dog who came to visit with her. She was the cutest thing and loved having us throw the ball for her. After the shower and packing up we said our good-byes and started the long drive back home. 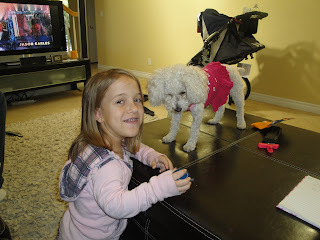 All the kids ended up falling asleep most of the way home...the only good side to that was I could at least listen to music even if I still didn't have anyone to talk to. 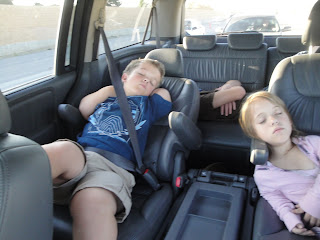 Jeff flew back from Oakland and was on the couch when we got home. For the past 3 days he's been flat out with a fever and a cold....poor guy...I know how miserable it is! I'm just glad we weren't both sick at the same time now I can take care of him ;)
Posted by Christine at 11:43 AM

Oakland really! He should of looked us up and said hello!