So I'm playing a little catch up and I'll post my Easter stuff on the Next post. 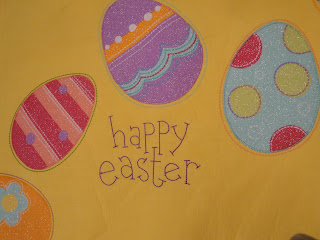 This week leading up to Easter was a special one. Jeff was speaking, Ashley had a talk and of course I was teaching my weekly Sunday School class so we were all mindful of the upcoming holiday. We spent the week studying each day of the last week of the savior's life (kind of puts it all into perspective) and about the atonement. I loved the opportunity to help Jeff find things to share about the atonement and it kept me more mindful of it the whole week as I was checking off my to-do list.
I even bought Easter lily's this year and they smelled beautiful in the house until we delivered them one by one to visiting teaching and home teaching families and friends.
(I did keep one for us) 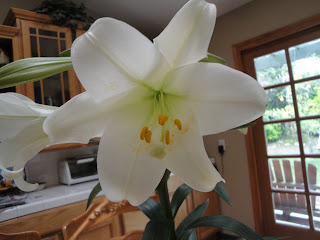 And in other random news.
I got a whole packet of multiple sheets of these pictures sent home to me for Ashley's "spring pictures" I don't know who picked this pose but I sure didn't. (I know they are blurry)
Despite the fact that I think it looks awkward that she's painting a black and white picture of herself who thinks that a bright red background with a bright red shirt is a good idea??
I went on-line and ordered some that actually had plants and flowers around her...much better. 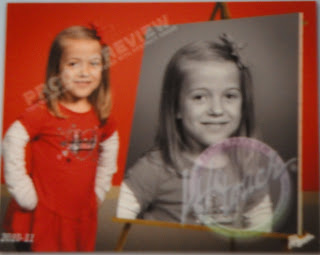 This Wednesday Taylor had a birthday.
Our boy turned 15!! 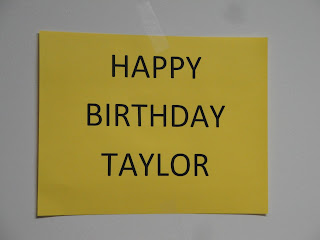 I made him a favorite dinner and brownies instead of cake.
When he got home from school his stomach wasn't feeling good and Jeff was at a dinner appointment so we ended up eating a plan B dinner. 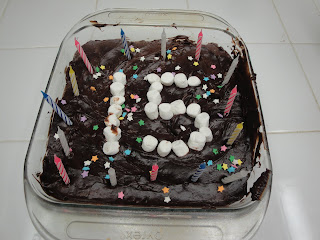 The afternoon was filled with dentist appointments and everyday stuff.
Taylor was the only one without cavities...you can see how thrilled he was. 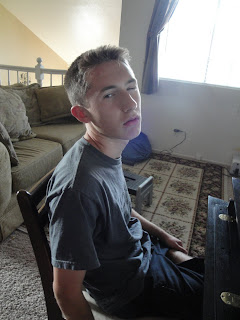 Despite all kinds of suggestions and offers and attempts to make plans we respected Taylor's decision to not have a party so we sang to him and ate brownies as a family. I did get him a couple of presents (in addition to a gym membership) and heart attacked his room so he did get some birthday recognition however.
Next year he will be drivers license age.
Yikes! 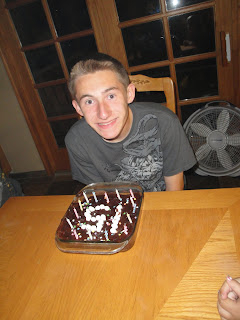 Jacob got an award for getting straight A's last semester. Yeah Jacob! 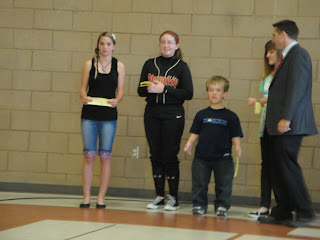 I am having the hardest time trying to teach the kids that this towel is not to be used for
cleaning off stage makeup...
cleaning off muddy cleats....
cleaning up anything except water...
and to not to wad this up in a heap after each use. 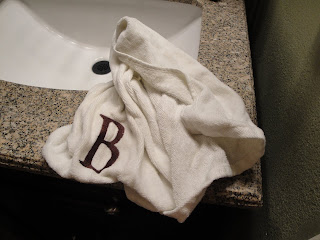 I agreed to bring a Quinoa salad (pronounced Keen-wa I found out) to our stake women's conference.
When I saw the 15 page blog post of the recipe I was supposed to follow along with very specific directions I have to admit I was quite intimidated.
After all I'm a bag of salad and some ranch kinda gal.
The week of the conference I had purchased my 25 or so ingredients that went into the salad (no joke) and was ready to start. 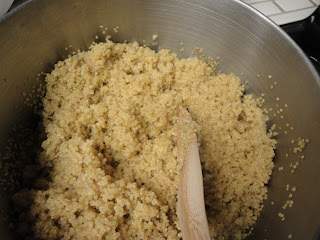 Jeff and I cut and diced and tried to follow the blog recipe to the T.
"Nope Jeff you can't quarter the radish slices because they are supposed to be whole"
(I didn't want my salad standing out as being done "wrong")
I have to admit the colors were striking and in the end it was a very good tasting salad.
Hmmmm I might just have to make some again sometime.
In the end I was glad for the push to do something different and learn something new. 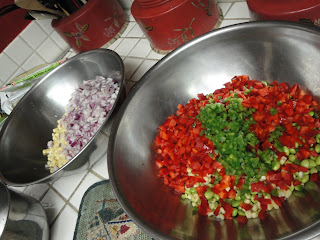 I've had people having babies born galore in my life lately!!
I like to make baby blankets when I can so I've been working hard.
I think I've made 6 boy blankets and one girl blanket lately. Whew!
I was laying this out to cut the edges and Maddie thought it would be a good spot to lay down.
Don't worry, this was before I washed it...
I saw the gal I gave this to using it on Sunday. Thats always nice to see ;) 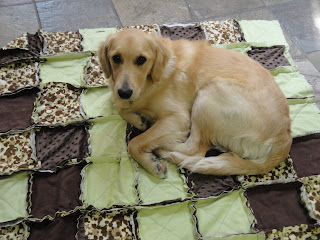 Grandma Nelson who was nice enough to come down all the way from Palmdale to see Jacob in his play tripped on our front door mat, fell down the steps and broke her elbow!
I moved the mat to the backyard to that wouldn't happen to anyone else.
She has been vindicated...
the dog destroyed the mat and it is now in the trash. 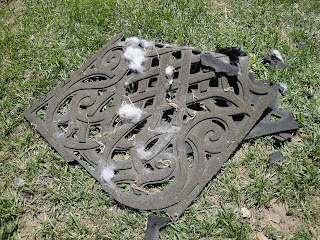 Last Sunday I brought Taylor to the stake Youth Conference fireside.
While Jeff was at home trying to set up a prank to get me on video tape (see video on the next post)...
I was trying to keep Taylor focused on the fireside speakers.
He grabbed my pad of paper and insisted that he wanted to take notes.
When his "notes" consisted of drawing pictures of Tyler I took it away. 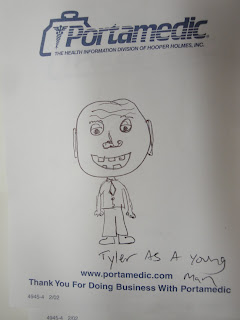 He then said he would be good and he really wanted to take notes...then he took some notes to show me he was being good.
Brother Plocker really did a good job speaking and Taylor liked his visuals...but it wasn't until I got home until saw the rest of his "notes" 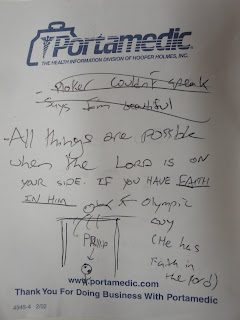 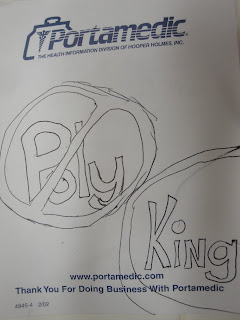 Brother Plocker talked about a Book of Mormon battle where the people that repented were strengthened from the Lord (the big buff guy) and they fought with cimeters (he thought it sounded like centaurs). 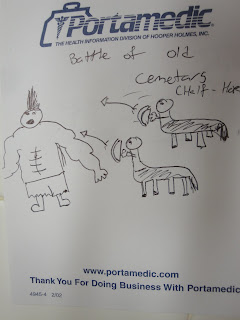 Guess which one is Taylor??? 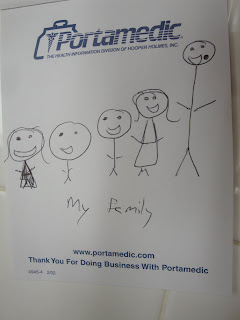 After a long day of church, firesides and such this is what I cleaned out of my purse the next morning.
I guess it wasn't my imagination that my purse becomes a trash receptical everytime we are out as a family.  :) 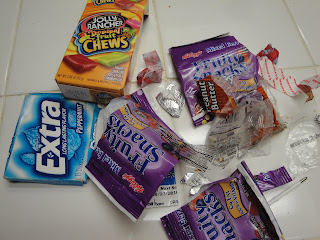 I too find the most interesting TRASH in my purse. I guess you go from holding diapers and wipes to trash.

Love your post and LAME on the red background!!!

My teenagers are cracking up at Taylor's "notes" - in a good way, not a making fun of way :)

That is what purses ARE for.

Along the lines of trying new recipes, a couple years ago I made a tres leches cake, and while not everything went perfectly, it was marvelous and worth it. It will be a while before I make it again, but I *think* that I will...

That salad was FABULOUS! and one day I'm going to make it as well though the work might not be worth it since I'll be the only one to eat it:)