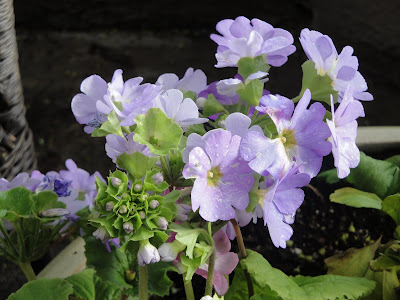 So it's feeling a lot like spring here in our area. I always love when it starts to warm up and I get some new flowers for the porch (since most of them don't survive through to the next year.) It always makes me happy to see blooming flowers when I walk in the door. Now I just need to remember to water them :) 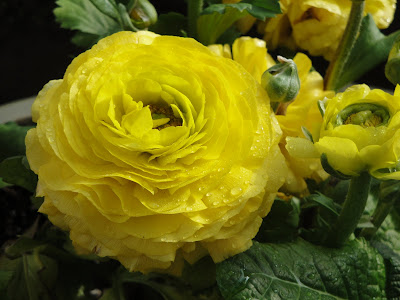 Ashley's butterflies have finally come out of their cocoons. We were lucky enough to see about 4 or 5 of them emerge from their chrysalis. Once they split it open they pop out quick! Their wings are all crumpled and it takes awhile to get ready to be able to fly. 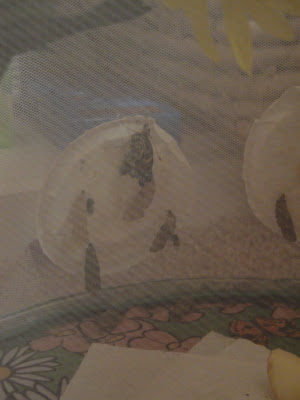 Here is a few of them once they have come out. (They blend in with the pattern on the floor of their "house"

One thing that is weird that I never knew as they are recovering from their chrystalis state and getting ready to fly they excrete this red fluid that looks like blood (scary looking). I read about it and it's actually left over dye! 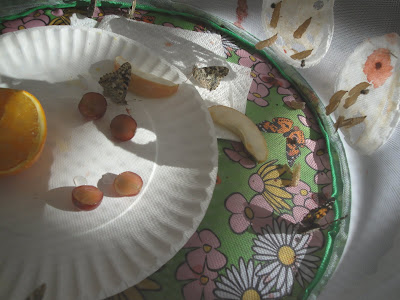 Once all nine of them came out there wasn't much room in their habitat. They were bumping into each other and knocking each other upside down. Ashley being the good pet owner that she is decided to let them go. (Luckily the weather warmed up enough for them to be let out) 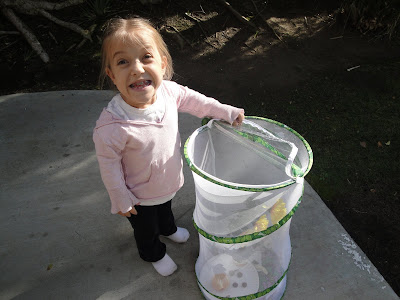 It was actually harder than we thought to coax them out. I actually had to let some of them crawl on my hand to get them out. Then they all just sat here on the plate. 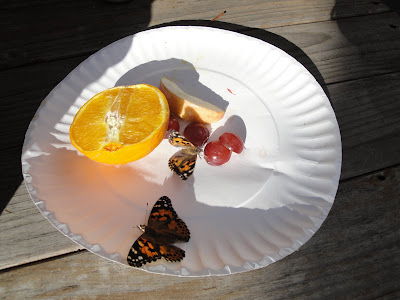 This guy attatched himself to Ashley's foot and didn't want to leave. "Watch your step Ashley!"

When a couple of them fell to the ground we realized the cats were an issue! We quickly shoed the cats away and I ended up taking them one by one to a bush and put them up high so nothing could get them. 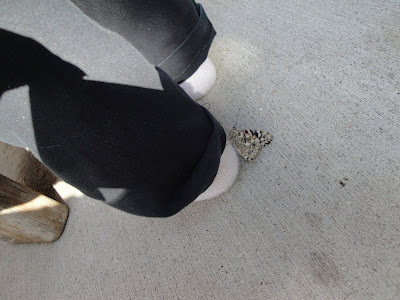 Eventually they started flying away. They were neat to look at up close until they were ready to fly away.

This week we had our Relief Society birthday dinner. The turn out was good, the food was good and the decorations were great! 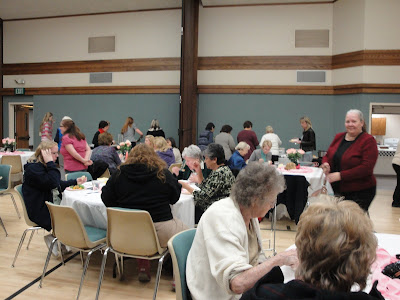 The committee did a great job this year. It was a "purse" theme. They had cute purse invitations, we had games with the purses (we weighed them all and got a prize for the heaviest and lightest and had a purse "scavenger hunt") and there was purse decorations on the tables.

For the program we had women representing Relief Society through the ages. 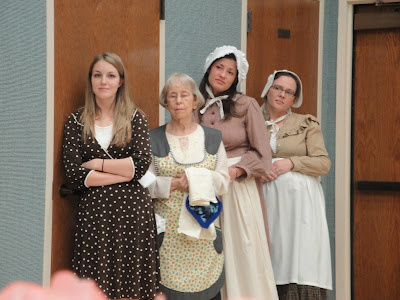 Including Emma Smith, a pioneer from Salt Lake, a sister from the 20's and from the 80's. I represented the modern day Relief Society sister. It gave me the opportunity to look through my ansestors journals to get a sense of what life was like for them. It was great to be able to appreciate their lives better by reading about them. 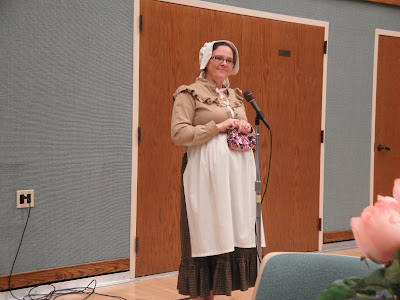 After the program women headed over to the DI trade table. We had a table where you could bring stuff and take DI stuff. I think it was a lot of fun and some people left with some things they were really happy with. (One of Jacob's halloween costumes has now been inherited by a boy in the ward who put it on immediately and wore it the rest of the night. They next day at the school open house he was still wearing it! :) 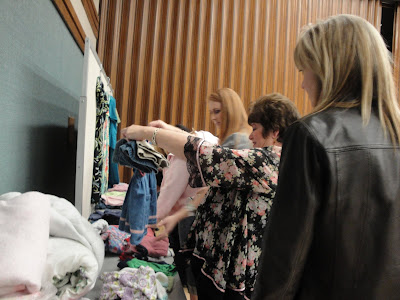 This last Friday was the middle school's end of the trimester and Taylor had a day off. I decided to take him to Knotts Berry Farm and arrange for Jacob and Ashley to play at friends houses after school.

We are buying passes this year. From now through April 11 you can buy passes for $85.00 that gets you into Knotts Berry Farm, and water parks in Palm Springs, across from Knotts berry farm and in San Dimas for the rest of the year. The best part is there isn't any blackout dates.

I know that Taylor will be busy a lot this year with King Band so he will be missing some of our excursions so I thought I would bring him on his own to be able to go on all the big rides. 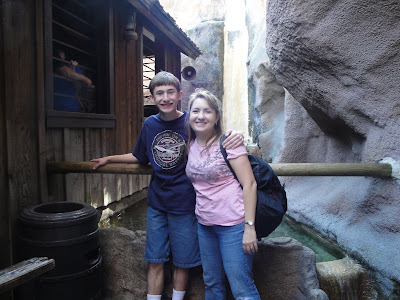 Andrea agreed to buy passes too so we brought Mclain along too so he could enjoy his day off (and go on the rides with Taylor if I wanted to sit one out ;) 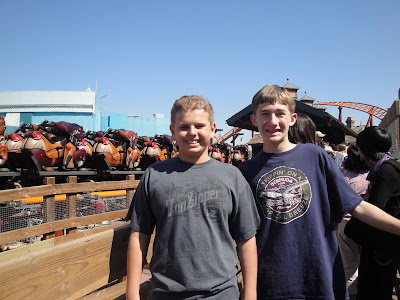 Goint to Knotts reminded me of my younger days when I used to go there all the time. When I was little we used to live near by and my mom would bring us over to play on the playground all the time. It's changed a lot but there is still a lot that I remember. 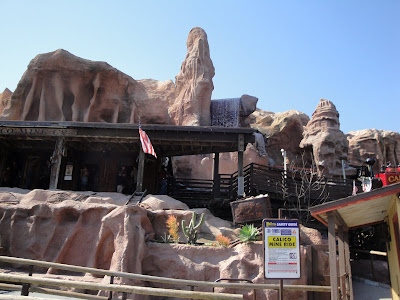 I was proud of myself for going on all but a couple of the rides that the boys wanted to go on. There was a couple that I was happy to go on only once. After boomerang for example... 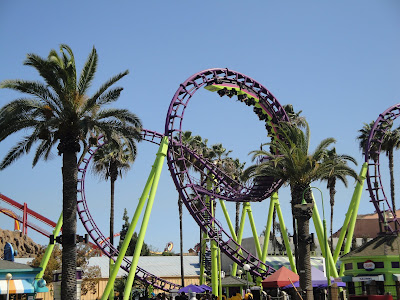 Once a day on the Silver bullet was good for me too. 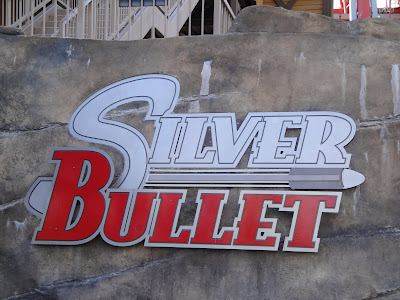 This ended up being the boys favorite ride. It was a good one but I ended up queasy and dizzy at the end so once was good for me... 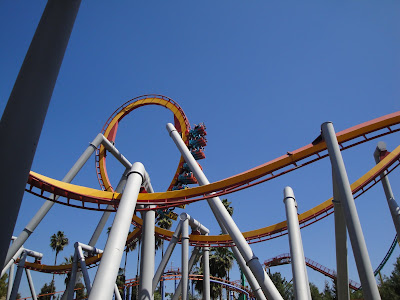 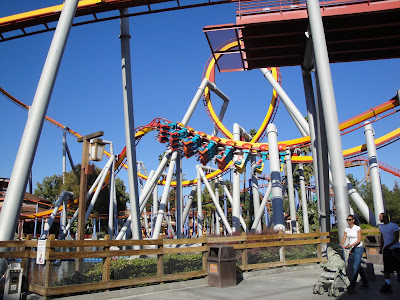 While we were there Mclain was interested in the Geodes that you can pick out and they cut for you. We figured if we bought one for $10.00 Taylor could get 1/2 and Mclain could get 1/2 and they would only have to spend $5.00 each. 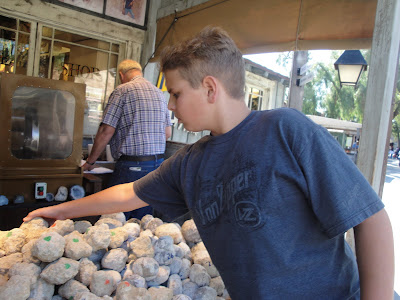 "Taylor show us your geode!" ..."You don't look very excited about it" 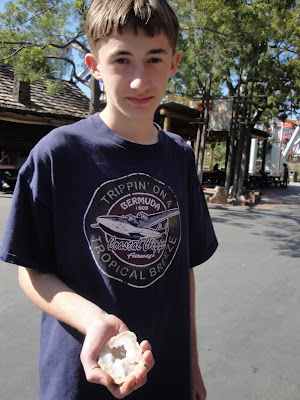 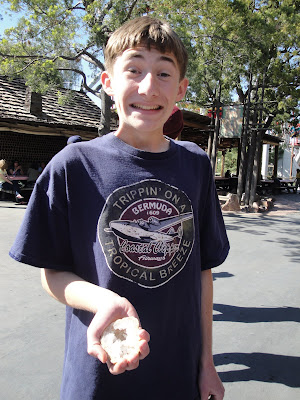 The boys ended up getting another one to split to bring home to their siblings. How nice of them. (Ashley and Jacob loved it:) 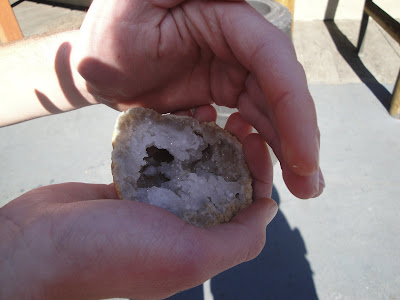 Throughout the day Mclain was brave enough to go on everything without hesitation. The one that took more courage than the others for him was Supreme Scream. 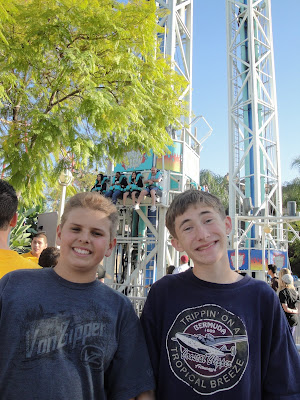 It's pretty high up there. We asked the workers if they get a kick out of watching people get scared riding this ride all day. They said "Oh yes, all the time!" Ha ha.

It was also our last ride of the day before we came home right in the middle of rush hour traffic on the 91. The boys both said it was a very fun day. Much better than being in school :) 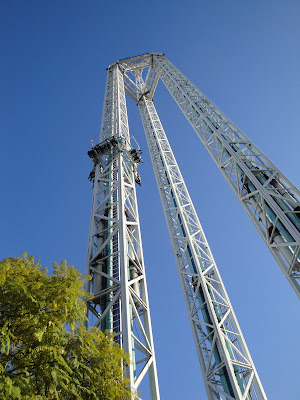 Yesterday we sent Jacob off to science camp. Jacob was excited and nervous at the same time. He is going to be gone for 3 days. The house already feels too quiet but every time I think of that I know that Jacob is having a lot of fun with his friends. 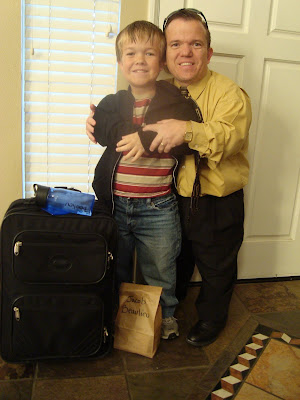