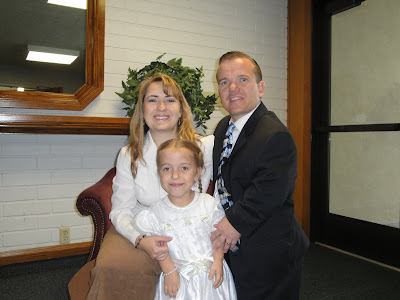 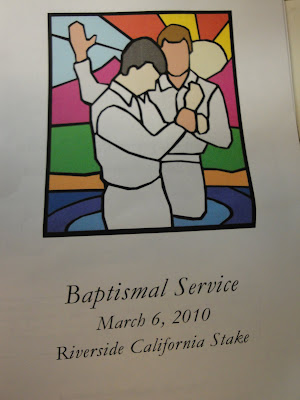 This last Saturday was Ashley's baptism. My last child old enough to be baptised! Can't believe it!

Even though it was a stake program we had plenty of involvement on the program. Jacob and Taylor played the piano, I directed the music and Jeff gave the talk on Baptism (invited the night before when one of the other wards backed out) 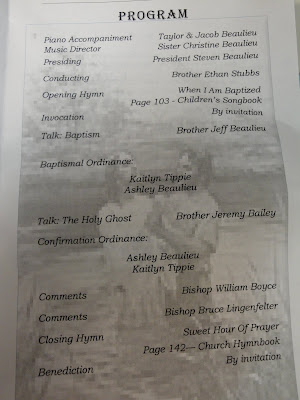 Ashley was very excited for her baptism and nervous at the same time. You can see the boys in the background on the piano practising over and over to perfect their songs. (Jacob learned "I like to look for rainbows" in a week just for Ashley) 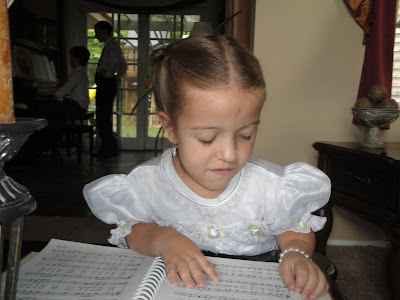 Knowing that Ashley was nervous about getting dunked (she didn't want to get water in her ears because of the tubes for one thing) Jeff joked that he would mess up so he would have to baptize her lots of times, so she would remember it really well. :) 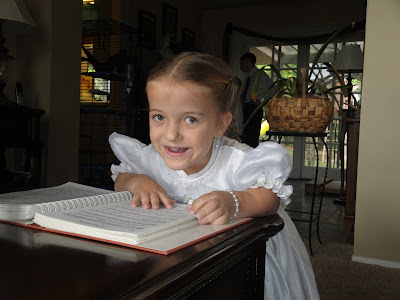 We got to the church and were getting ready. The boys did more practicing and I checked out one of the baptism outfits for her.

Jacob was able to wear the standard issue jumpsuit with just the legs being pinned up. With Ashley it was huge on her. 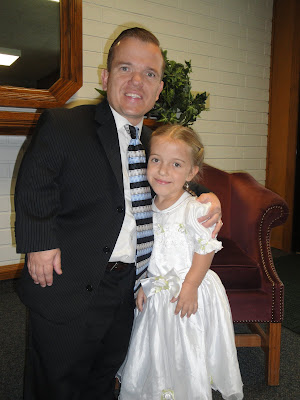 Good think I brought a backup outfit! Luckily she had some white clothes that would work. 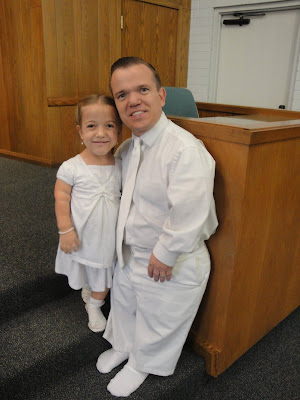 We were very excited to see family, friends and Primary classmates file in to watch the baptism. Dale and Mo and Grandma drove down from Palmdale, Cheri and Ryan and Jenise came in from Yucaipa and Redlands and Angela and Robert came all the way from Camarillo 2 1/2 hours away.

We had the talk on baptism (by Jeff) and then went into the baptism room. Jeff thought that he would be smart this time and bring a stool for Ashley to stand on in the font. He remembered having to dog paddle out when he was baptised and with Jacob he had to lift him up and hold onto him. Since the font was filled for the previous baptizees it was too deep for Ashley (and a little cold because it had been sitting for awhile).

When they got in the font Jeff said the prayer...then he was informed he left out a word...so he said it again and then dunked Ashley. Immediately the stool, along with her legs popped to the surface of the water. Soooo they did it all again. This time the stool bobbed up but he was sure to dunk her good! Well she'll remember her baptism day for sure :) 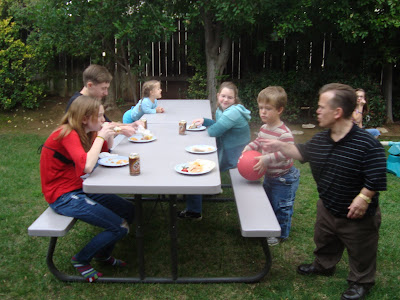 After the baptism service was done we invited those who wanted to come over for lunch at our house. We pretty much just ended up with family so we had lots of leftovers. It was just fine though. The missionaries even got fed when I saw them walking in front of our driveway just as we were about to eat and I invited them in (hmmmm...I wonder if they knew somehow:)

It was very fun to visit with family and enjoy the day with Ashley. I just regret the fact that I didn't get to talk very long to anyone and my biggest regret... when I woke up the next morning and could kick myself that I didn't get any pictures of any of the after baptism celebration except these two. I was too busy running things and never got it out. I should've given the camera to someone else to take pictures. 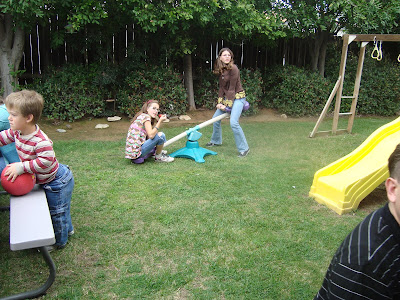 Oh well it was a very nice day anyway and we were very thankful that it chose to rain later in the day when our get together was already over.

Congratulations Ashley.
Posted by Christine at 10:18 AM

Yea Ashley!!!
She looked so beautiful Christine...thanks for posting so we could all enjoy her special day.

She is beautiful! What a wonderful day for all of you. So special the boys got to do things too.

Congrats Ashley!!! How exciting for your family!! She was so beautiful. Email me your address and I will send Ashley a card.

Ryan is getting Baptised March 20, 2010. We decided to do our own....so family can come from out of State. Ryan will be our first.... Any advise since you have done 3. So far back up outfit and have someone else take pictures.