Jacob came home for what was supposed to be a quick trip after his school was done and it ended up being longer than we all planned.

Jacob started out his time celebrating a birthday. The big 21! 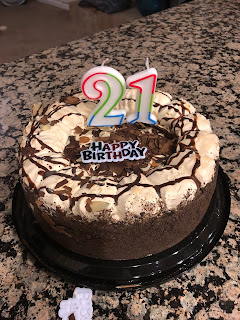 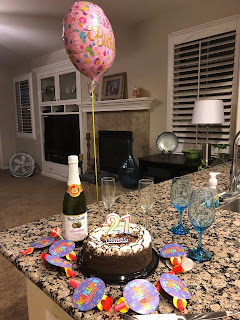 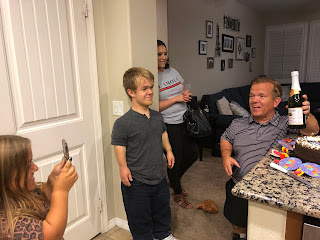 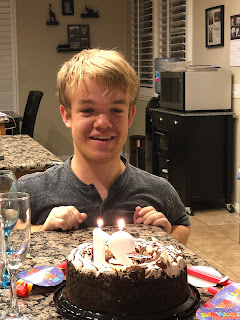 While he was home he wanted to have his shunt checked because he was having some worrying symptoms (that he hadn't really told us about).

We got him in for an appointment and Jeff had them rush through test results and a day before he was originally planning  to fly back up to school he was going into Choc for a surgery. It was a whirlwind and scary, especially when he passed out and started having convulsions as they were putting the IV in his hand for the surgery. (Made for a scary beginning!) 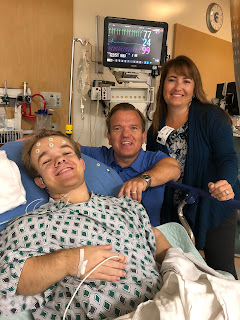 It was a long wait in an empty hospital since it was a Saturday. They didn't even tell us when he was done because there wasn't any volunteers working that day. 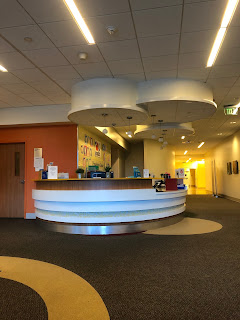 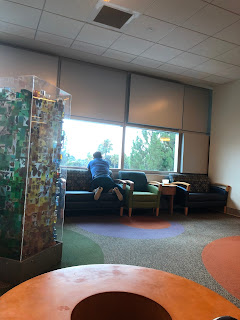 We were very relieved when we got to the room and Jacob was awake and alert and the surgery was done! 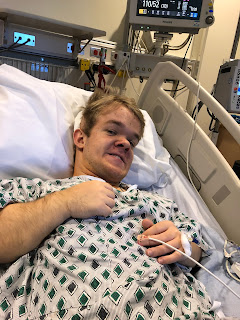 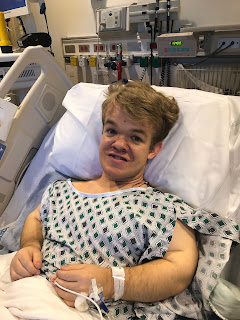 We could finally relax! 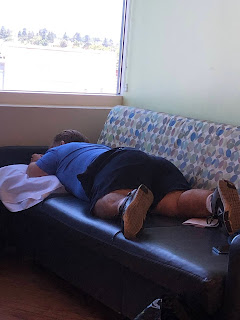 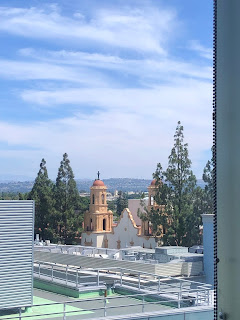 Jacob's visit was longer than expected and we go to enjoy having him home. 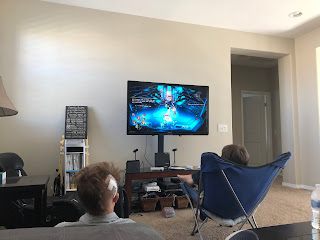 We had some of Steve and Tahna's family over to visit too. 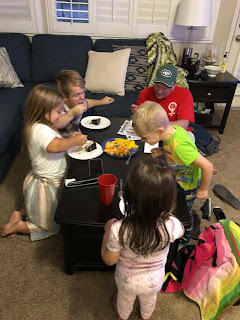 We drove up for a lunch with Grandma Nelson. 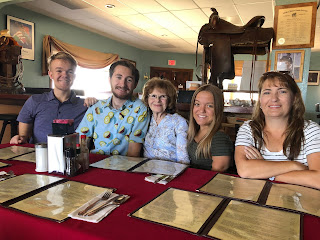 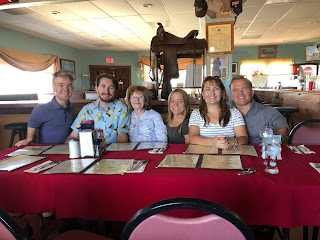 Before Jacob went back to school he went to Norma to have a haircut. It was pretty stylish and he looked much better!! 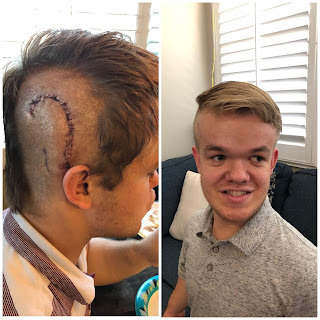 Right before Taylor went back home Jacob treated us to a concert of one of his latest songs that he learned while he was up at school. 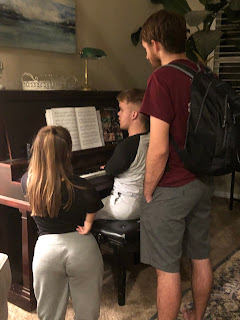