The Friday after we flew back in from Europe Janell, Virginia, Angela and I flew out to visit my mom and dad. We didn't know if dad would make it until Christmas to see the whole family so we wanted to make sure that we got a visit in with him. After how touchy it was the week before we were glad that we would be able to see him.
North Carolina was beautiful and we enjoyed what we saw when we walked around the neighborhood. 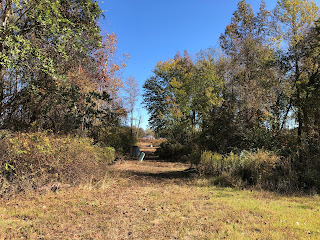 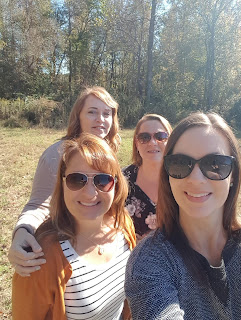 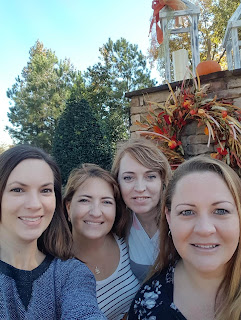 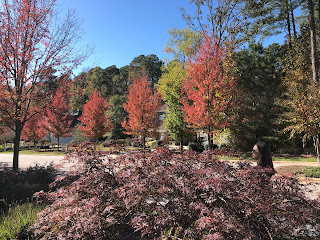 The fall colors were beautiful.


After we got in town we went to mom's house and waited for dad to be transferred to a rehab facility from the hospital.  He was a little grumpy when we first saw him because the transfer took longer than it was supposed to. After he ate he was a bit more relaxed.
We all got pictures with dad.
(The green blanket is one that was given to him in the hospital and he enjoyed using it a lot at the end) 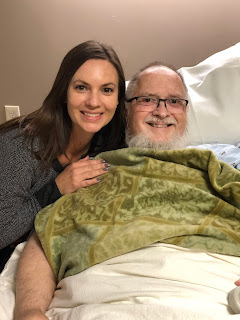 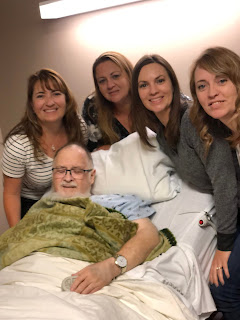 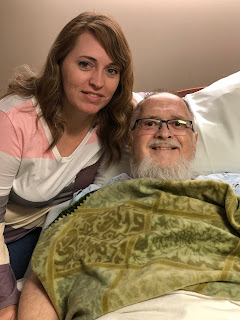 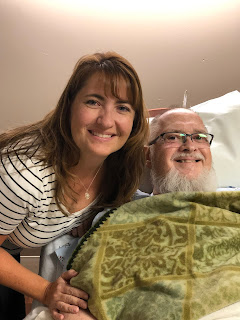 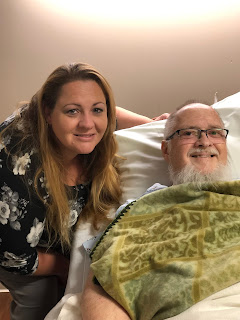 Our conversations in the hospital weren't earth shattering or profound. We basically sat in the room together and chatted about whatever was on our minds. Dad did his best to stay awake and be a part of the conversation. He gave us a list of some things to do at the house and we said our goodbyes for the night.
We ate some local food on the trip including some biscuits and gravy at biscuitville. 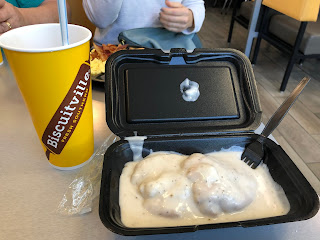 The next morning we got Janell to the airport for her early flight and then gathered up the gun stuff and the ham radio dad wanted us to sell and brought it to the shop. Mom got some money for part of it and she was happy. There were a few other things we did at the house which helped us feel glad that we were able to help in little ways since normally we are so far away and can't help much. 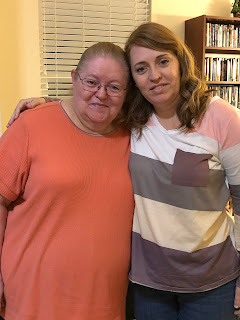 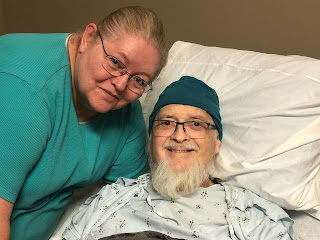 Dad is growing out his beard for Christmas hoping to play the part of Santa Clause. 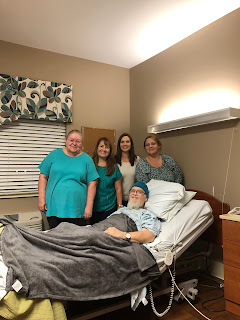 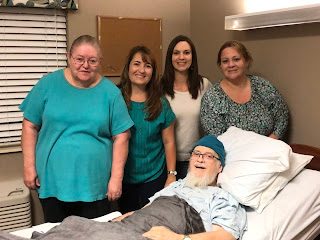 Before we left for the airport we came back and visited with dad one more time. There were no grand conversations or parting words other than "I love you" with a picture and hug before we left. We have plans to come next month for Christmas. We don't know if he will be able to make it until Christmas or not.
There was a sense that dad was glad that we were there. I could feel his love for us though much of it was not spoken directly. A lot of the conversation might have been asking us about our travels or what we liked which was his way of trying to direct the conversation towards us. Most of our visits in person with him over the last few years have been with him on his phone or him trying to watch a movie. Over the years he seemed to me to have lost the art of being able to have a conversation or be interested in things outside of himself or his own experiences. I noticed during our visit that he was trying extra hard to be focused and present while we were there. He mentioned at one point during the visit that he wished they were closer to us so they could have seen the kids grow up. I felt it was heartfelt and the first time I felt he expressed that in a genuine way in a long time. My mantra during this trip was "don't judge, just love". I worked hard to not dwell on some of their choices, plans and history or things that could bring negativity and we just all spent the time loving each other.  It ended up being a sweet visit and one we were grateful for because we knew the Christmas visit would be much more chaotic since we would have all of our families with us.