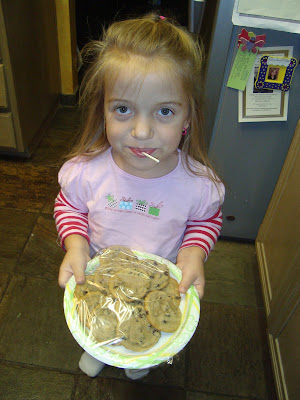 Tuesday Jacob and Taylor both came home saying they had a band concert that night. Crazy kids. At least it was at the same school.

Here is Taylor with his group. 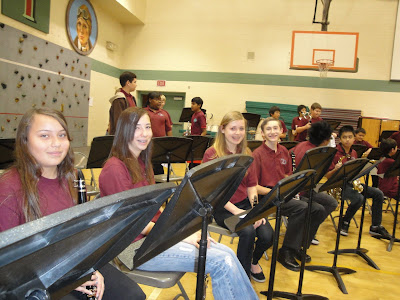 By the way Taylor auditioned for Honor Band and is going to be playing first chair! Way to go Taylor! 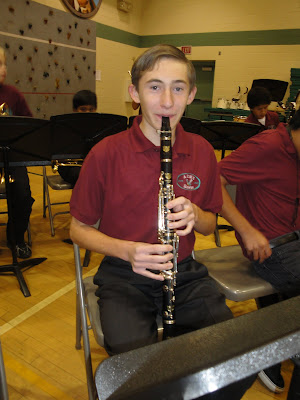 Here is Jacob with his group.

We didn't know that the elementary school bands were going to allow
lots of students to play solos. It was more like a recital. It was nice to listen to them but there were a lot of them. (Jeff had to bring me back home to get my car so they could go to mutual and they were still playing solos when I got back.) 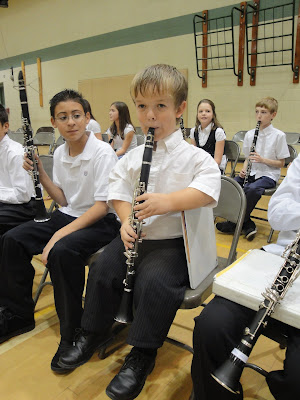 Friday Jeff was asked to speak at a New York Life kickoff meeting in Santa Monica. They offered to put him up at the hotel and have me come with him to their kickoff dinner. We thought it would be a fun overnight thing for the family so we took them up on it. 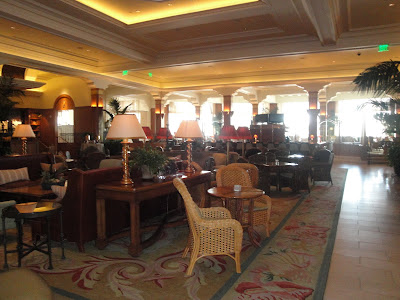 When we checked out the hotel we saw it was right on the beach. Sweet. Sadly Taylor had a campout so he would miss it (He missed it the last time we did this :). It was OK though because the room was wall to wall cots and beds so there wouldn't have been room for him :) 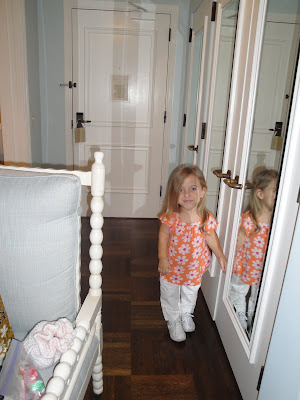 Before we got there Jeff called me during the day and said he had just had a conversation with Mel Gibson in the lobby (they were shooting a promo for his new movie) and met the actress that played Felicity in the elevator (we couldn't remember her name) along with her husband and son. He ended up walking to the same restaurant with them, and Jeff played with her son on the way and then ate at a table across from them. Crazy.

I guess a show kind of like Access Hollywood likes to shoot their stuff in one of the rooms. I thought it was because of the view... 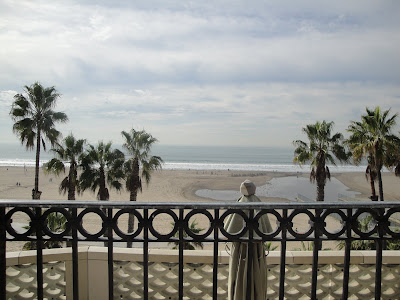 But one of the hotel workers said, no they actually close all the windows off and bring in their own props. I'd want the view :)

Well I didn't meet any celebrities but I did meet a lot of nice New York Life people that were very nice. Many of them told us how inspired they were with Jeff and his story. 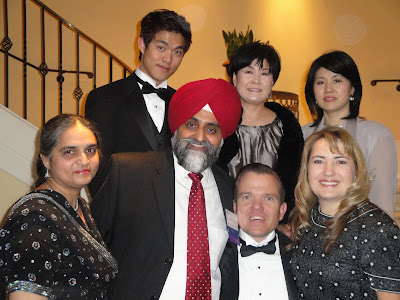 It always makes me proud when I see how Jeff has the ability to lift people up and inspire them! 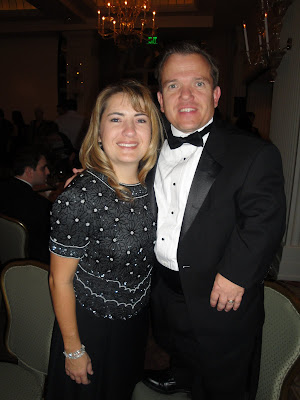 The next morning I got to check out our room more. It was decorated like it was someone's home including lots of books. How nice! I thought. 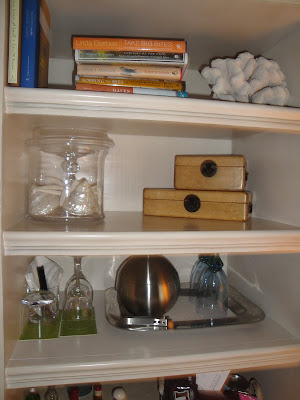 I looked at some of them. There were recipe books (what are you going to do with a recipe in a hotel room?), a book of poems, all about wineries and this very environmentally friendly book about saving a rare blue parrot from extinction. I flipped through it and it was 300+ pages of the details of saving this parrot and in the end mating the last one in the wild with someone's pet. On the last page they realized it didn't work, the male was infertile.

The Epilougue was a plea for funding. Sorry but I wouldn't make a good environmentalist. I love animals but sometimes animals go extinct. It probably happened a million times or more before we were ever here on the earth and it probably will happen again no matter what we do. 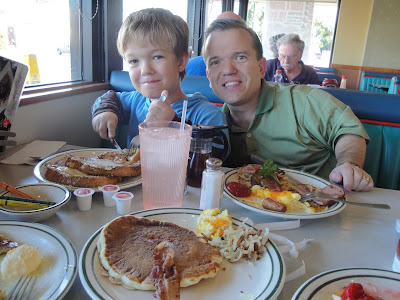 After breakfast we headed over to the pier to let the kids skate on the boardwalk (They had been talking about it the whole time!) 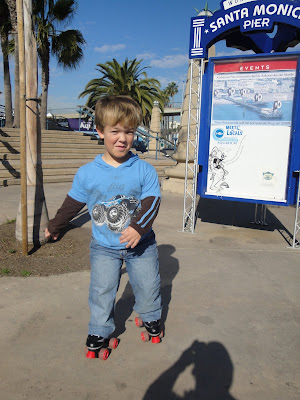 Ashley did pretty good and only fell ...um like 8 times...I think. She did go pretty slow though so after we were done I gave Jeff the skates (we wear the same size) and he took Jacob the other direction so he could go fast. 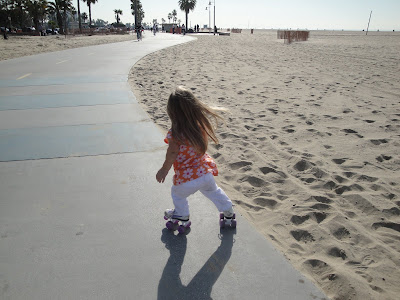 Ashley climbing on the play equipment waiting for the boys. 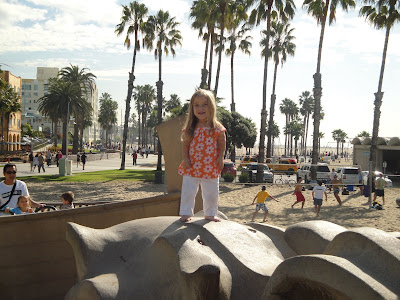 After skating we had an hour or so before it was time to check out so we checked out the pool. 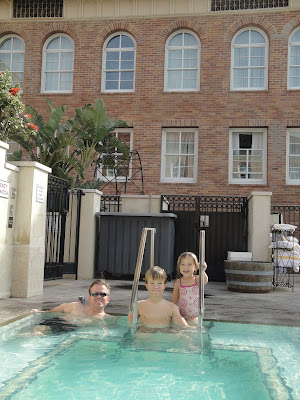 Well Jeff and the kids at least. 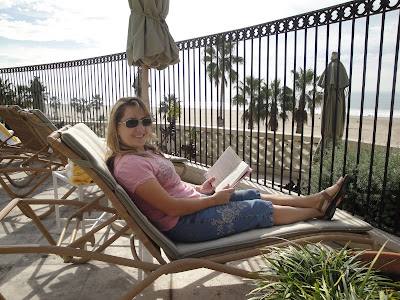 After that it was time to check out and come home. We got there just as Taylor was getting in from his camp out. He came home dirty and happy. They drove up to Calico area and went exploring. They found some caves (they only went into the front parts) and climbed rocks. 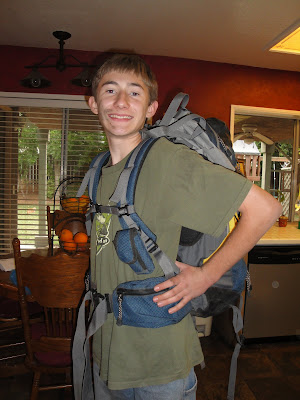 That night Jeff and I went to the adult session of Stake Conference and heard talks to get us motivated to be better parents :) and then the next day we got to be there for Josh to be set apart as a missionary!

We'll miss Josh but we're excited for him too! 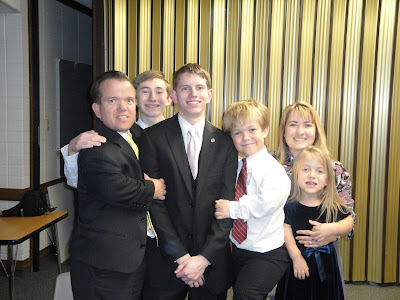 So is his family! 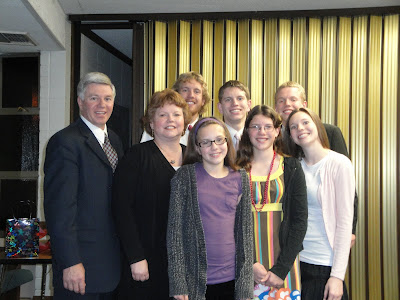 We also got to hear some great counsel and advice from President Ulicny. The experience got Taylor excited to go on his mission. 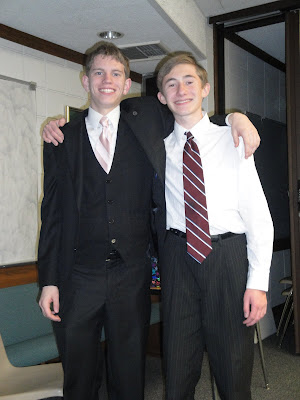 Jacob was more excited to be silly and then give Josh a million hugs. (I don't think Josh minded too much). 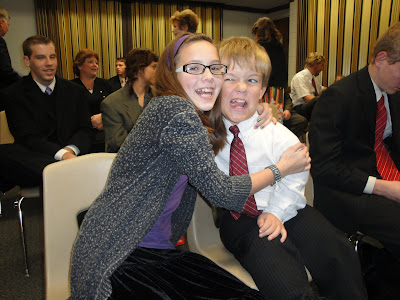 Next month it's Ian's turn. 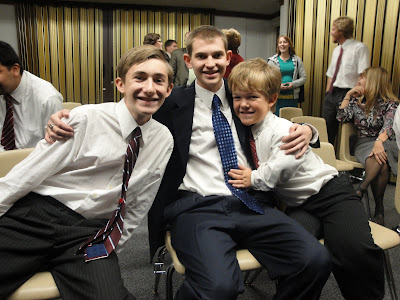 Monday was a day off and we were greated with rain. So the kids made the best of it by playing in it and enjoying it (and getting soaking wet)... 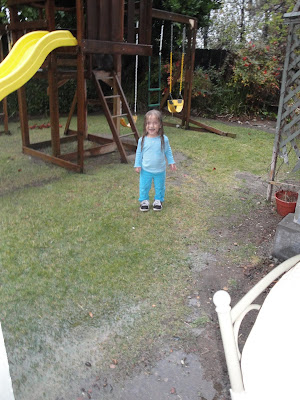 At least they were able to enjoy some hot chocolate afterwards. 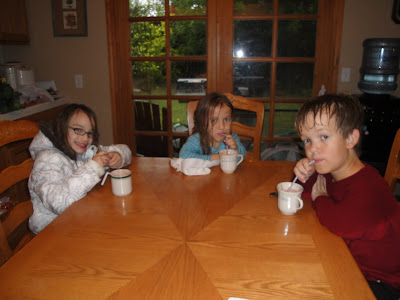 Taylor stayed dry by the computer while I tried to help him type up his stuff for his Eagle Project approval. (It was an alllll day event). 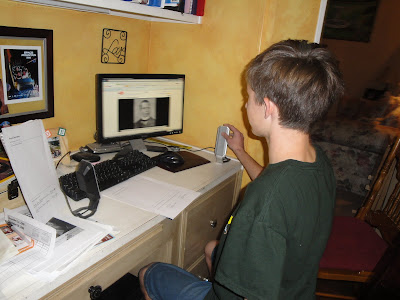 Those beach pictures were stunning. Good job!
Congrats to Taylor and making first chair. How impressive. Makes all that noisy at home practicing (until he got good) worth it! Just kidding. :)
Really though, how awesome!

Im sure Jeff is an awesome speaker...we were planning our youth firesides for the year and a few people brought up Jeff. Said he was really inspirational.
I was so proud.
I can't wait to mention that Taylor is already starting to work on his Eagle Project. I'll have to mention that to Troy.

Spoiled! Between you and Virginia's travels, you have one jealous cousin in Utah. I'm off to go read the 10 Commandments now and repent. :-)