This week was red ribbon week. So every year the kids usually participate in whatever instructions come with the day of the week. They have worn red, walked around the field to get their own pedometer (which they both thought was really cool for a day) and of course they both wanted to do crazy hair day.

We put pony tails and braids sticking up all over her head and even painted one black. She was set. 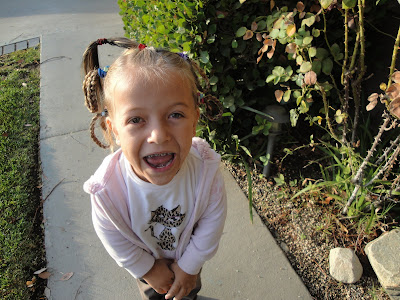 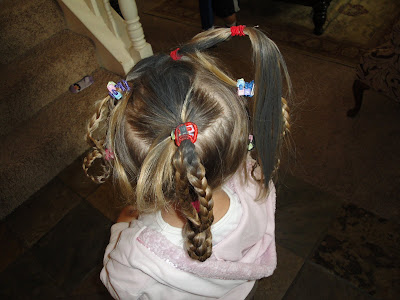 Jacob wasn't wild enough to do what Taylor did a couple of years ago and cover his head in ponytails with Ashley's rubber bands but here is what Jacob did let me do... 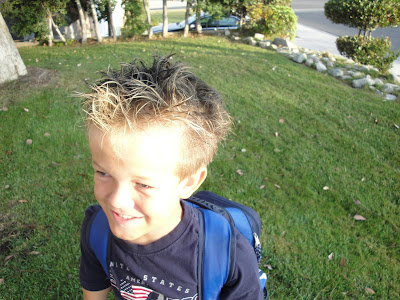 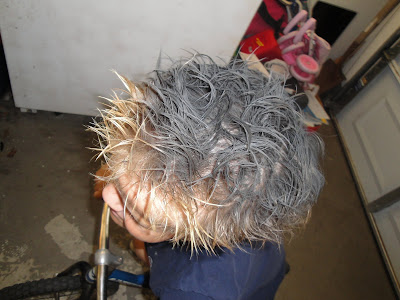 He was very proud of himself and kept asking whose hair was crazier his or Ashley's. Sorry Jacob I think Ashley has you beat.

When I went to pick them up from school Jacob said his friend thought he had burned his hair to get it to look like it did. (Ha ha ha) He also said the girl in his class that likes him said she likes his hair better spikey. (Oohh la la)

One thing thats good about having Ashley and Jacob being the only ones that go to elementary school together is that they've been able to become better friends. It's not uncommon to find them in the garage together riding bikes or skating. 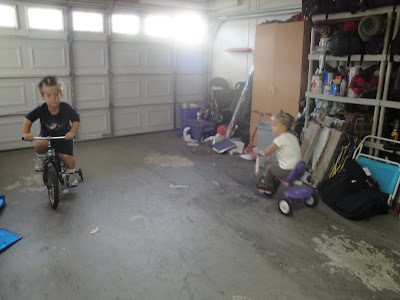 And when your feet don't reach the pedals what do you do? Call over a friend to push them for you :) ! 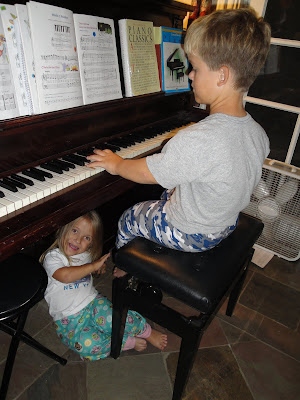 Posted by Christine at 8:12 AM

I think that last line and picture have got to be one of the sweetest things ever. :)

I love the CRAZY hair... sometimes I wish everyday could be crazy hair day so I wouldn't have t fit Carli to do her hair.