The end of our summer came so fast I haven't had time to document any of it so far. I plan on sharing about our trip to Bermuda but that will have to come next time because I'm going to catch up on a couple of other things first.

While Jacob was up at camp he celebrated a birthday and we had some more fun with cousins (to make up for the Taylor missing out on cousin time). There was lots of swimming, pizza and a trip to the Redlands Bowl to meet up with Steve and Tahna, and Jenise and Sean, and Cheri and Ryan to watch Pirates of Pensanze. It was very funny, though a little hard to understand. (I had to try and explain it to the kids) We only made it through 1/2 of it because the kids were getting tired but Jeff and I look forward to seeing it later this year at RCC.

We met a nice homeless man who sat at the end of the row behind us in the middle of our crazy family. Jeff shared our rootbeer and cookies with him. How nice to have an open air production that can be enjoyed by anyone :) 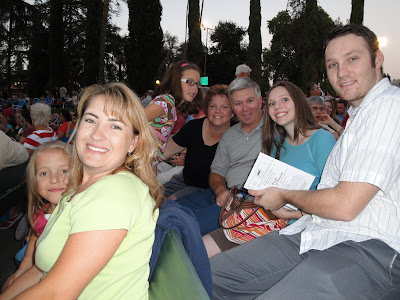 Jeff was excited to pick up Jacob from camp that weekend. Jacob had a great time and can't wait to go back next year. 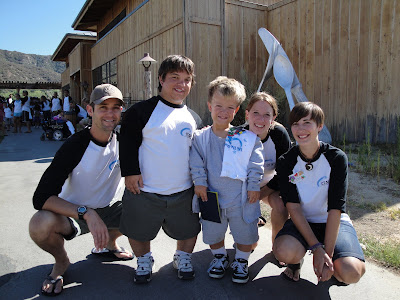 The friday before school was back in Jacob celebrated his birthday with friends. We rented a room at the movie theater and played games, had pizza and cake with Jacob's friends and then went to see a movie. 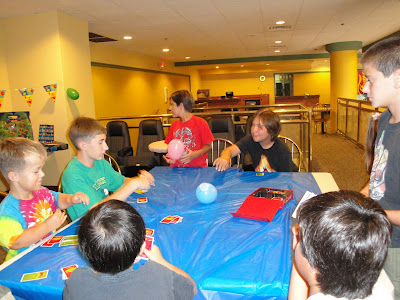 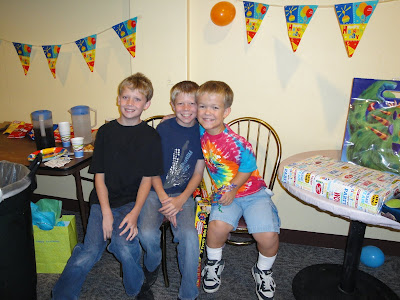 All the boys at his party... 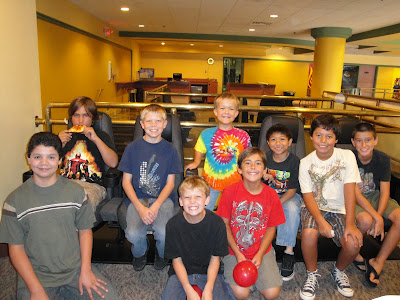 I think this was one of the first times that I was a lone mom running the show. Jeff came for part of the party. He brought the pizza and was able to stay for 1/2 of the movie before he had to go back to the office but luckily the boys did pretty good. There was one boy who literally ate himself sick right after Jeff was gone and I had to leave all the kids by themselves for about 20-25 minutes while I hovered outside the bathroom and then got his parents to pick him up early. (We had fed him a bunch of stuff but since he brought his own money for snacks he got himself a whole other round of snacks). Other than that everything worked out pretty good. 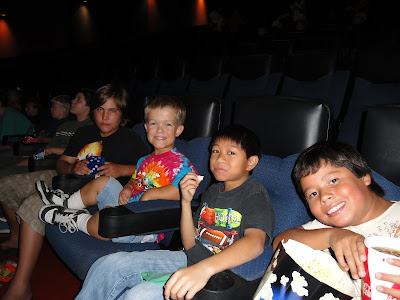 The movie we watched was "Shorts" Definately a boy movie :) It reminded me of a Spy Kids, Shark Boy Lava Girl kind of movie. 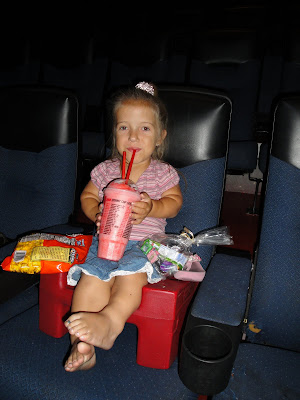 Right after the party we literally threw the stuff from the car in the house and then packed up for the beach. We were helping to put on the Little People of America beach party the next morning and we were staying at the cabin the night before to reserve all our spots at Newport Dunes.

Every year it's a tradition for LPA to have their summer party here. Since I'm acting as co-president we volunteered to come down and set up and help with the party. The cabin was a cute one bedroom with a pull out couch and a loft (The kids had to experience sleeping in the loft) but when I saw the $350.00 price tag I was a little suprised.

I guess the other families that spent the weekend there also had to pay over $300.00 a night to park their trailer. Ouch! 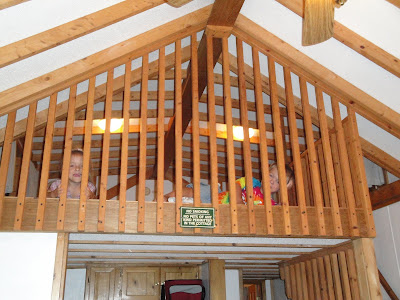 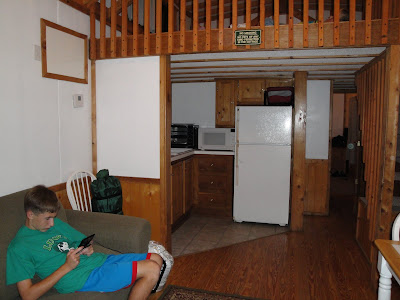 Ashley's favorite thing was to find shells in the sand... 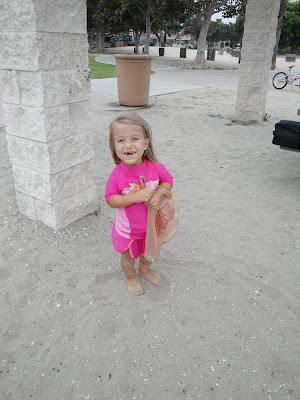 The boys ran around and played with friends some but I had to keep making sure they didn't sneak back in the cabin to hang out playing video games. 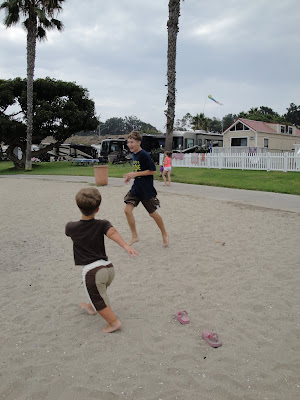 As with any time that you are in charge I didn't spend any time sitting down or relaxing. Poor Ashley was on the sand by herself the whole time as I was helping with food and people and moving stuff around, trash, unpacking and packing...

I tried sitting down once to eat my food and meet a family who were there for the first time with their two children that had such a rare form of dwarfism none of the specialist had been able to diagnose them yet. They were hoping to find someone that looked like their children. Very interesting...the conversation lasted a few minutes before the EZ ups started blowing away... so much for conversation or food for that matter. 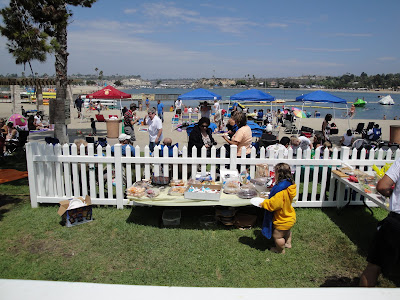 We tried to enjoy the LPA party as much as we could but in the back of our minds we were stressed about getting ready for Bermuda since we hadn't packed very well yet and we were flying out in a few hours.

We left the party in the early afternoon...returned the tables we borrowed and then came home to unpack from the beach and then pack for Bermuda. (What a mess)

We went over more than one mental checklist, hoped we didn't forget what we needed, hoped we didn't overpack the suitcases (50 pounds is the magic number) and then we were off. Once we were out the door I can relax...basically what's done is done. If we forget something we'll either have to buy it or do without. 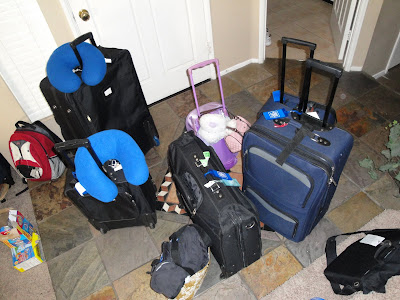 Posted by Christine at 2:12 PM