This last week Jacob received his arrow of light, his Webelos and crossed the bridge over to 11 year old scouts. (He'll be 11 on Tuesday). We are so proud of him! 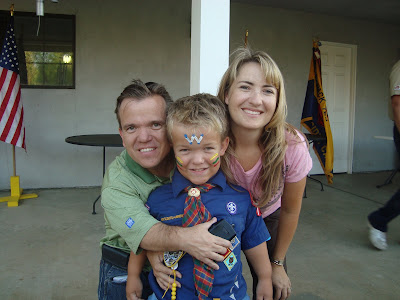 The scouts enjoyed pack meeting at the Loveland's house. 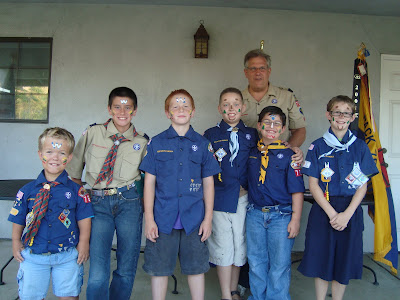 Jacob with his arrow... 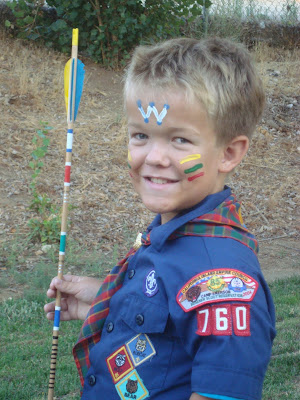 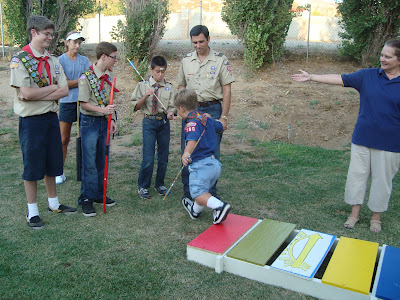 On Tuesday we went to the Library Summer Reading Program finale. The kids enjoyed pizza slivers, and room temperature punch standing in the back of jam packed gym full of kids and parents in hopes to get a prize. 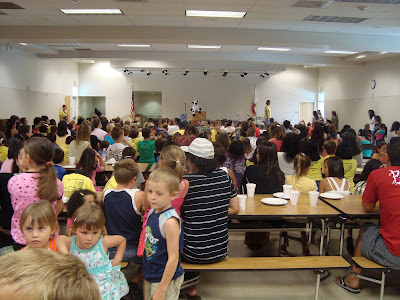 Jacob voted to immediately go home after 5 minutes but we hung in there and sure enough after 45 minutes or so he got his name called and was able to pick a prize. Last time he won a prize at the library finale he picked a Bob the Builder umbrella and regretted it ever since :). He was happy with his transformer. 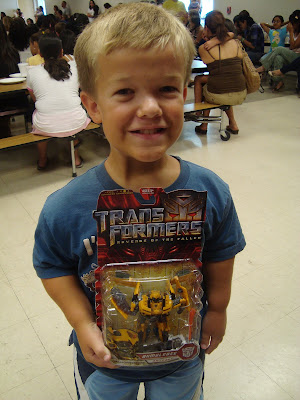 A few minutes later Ashley's name was called. They couldn't pronounce the last name so they just said "Jacob's little sister". She picked out a Barbie and declared it her first "modest" Barbie. (She doesn't like all the short skirts and tummy showing shirts). 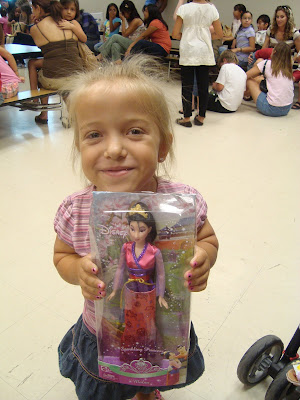 The next day we redeemed one of their library prizes and went to Roller city 2001 to skate. We went with the Allen's and Taylor brought a friend from school. We forgot how much fun skating was. It's nice because it's something that even Ashley is good at. There might be some things that Jacob and Ashley can't keep up with their friends but with skating they can :) 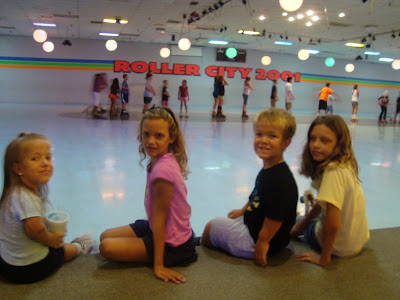 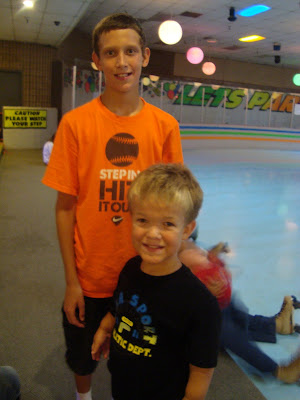 On Thursday I dragged the kids out of the house for beach day. I don't know what it is with them. I seem to get a couple beach days out of them and then they start complaining about going. The funny thing is usually once we get there they love it.

Taylor taught himself how to juggle while we were there and tried entertaining Clark. 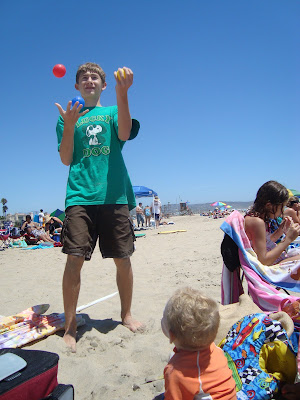 Jacob had fun hanging out with Clark watching him and laughing at his antics. 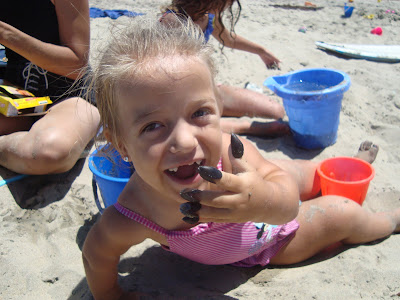 I'm trying to enjoy as much summer as possible before it's all over and everyone is back to school. It's been fun to have time to spend with the kids.
Posted by Christine at 10:22 AM

As a Webelos Leader, I am so proud right now!!!!!
You know what I realized today? I've been blocked out of Emilee Ellis' blog. I understand how strange my saying that must be, but I just thought it was awkward.

Way to go Jacob! Looks like you have really been enjoying the summer. I agree with you on how fast it has gone... I too am trying to pack as much as I can in these last few weeks before all the HW and lunch packing starts:(