Jeff's been invited to speak a number of times over the last few years so when we can we try and make it fun for the family when possible. This last Monday Jeff was invited to speak for the Central Coast New York Life office. We decided to hitch a ride with him and make a weekend out of it. Unfortunately I didn't bring the battery charger for the camera so we only got pictures of 1/2 the trip. 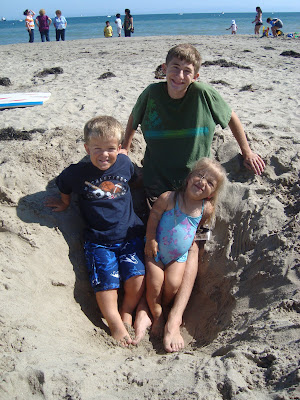 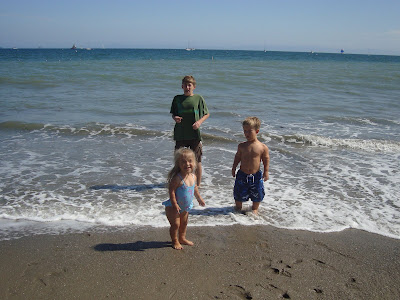 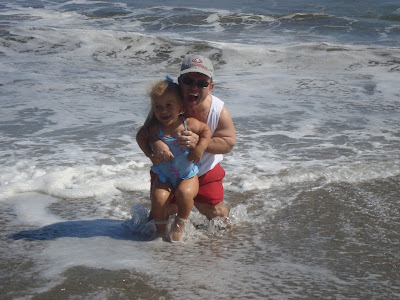 While we were there we hung out at the beach with Jeff which was a first for the summer. Though we were only there for 45 minutes. The water was cold, there was lots of kelp and the sand was a little more like mud. After spending 4 hours in traffic to get there we came back across the the street to enjoy our room a little bit. 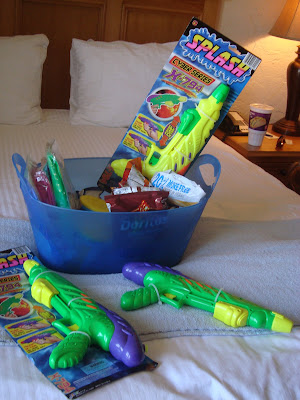 The managing partner that invited us out was so sweet she took us to dinner one of the nights on a nice restaurant on the pier and sent over a basket of pool toys and snacks that were kid friendly. (At first I thought the hotel had provided it and I wondered how they knew we had 3 kids). I thought she was very nice and went out of her way to help us feel comfortable. 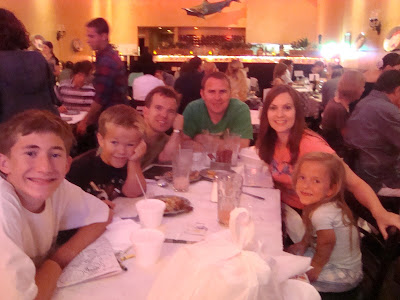 The first night we met up with my sister Angela and her husband Robert for dinner. We went to a great Italian place in the middle of downtown. All the food was served family style and everything was excellent. Our family enjoyed tasting Italian sodas for the first time.

While we were walking back to our car we were checking out the statues that were all along the street.

Ashley thought that this one of a grandpa and a grandaughter looked real. (Notice Jacob picking his nose) 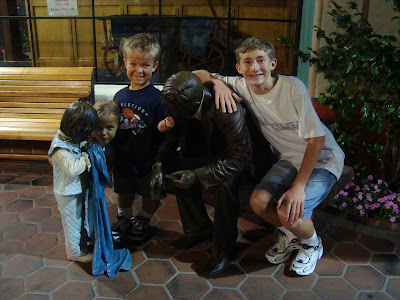 Our favorite was the whale tail bench. 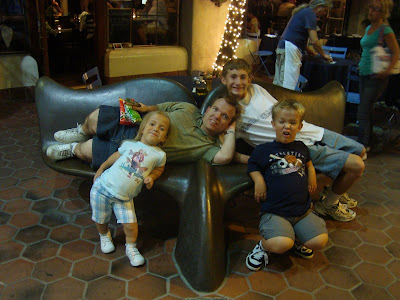 While we were in Santa Barbara we also rented a boat for an hour with my Sister and her husband to check out the area. We checked out abandoned boats that were moored offshore that were now seal and bird safe havens. It didn't look like anyone was interested in what was happend to their boats, and if they were once they saw how dirty they had become I'm sure they wouldn't be interested in them any more :).

We also took a trip to the aquarium that was out on the pier. There was a section that was open to the ocean and one of the volunteers would pull up a net from the bottom of the ocean and pick out crabs to show us. 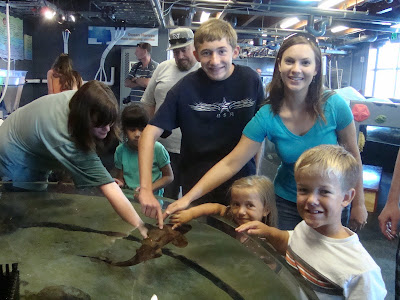 We loved the decorator crabs that pull little bits and pieces from whatever it's next to. They put some fake pink hair next to one of the crabs and sure enough he covered himself in pink hair ;) 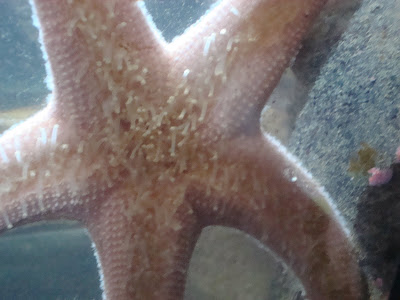 Monday morning I was excited to get up and jog along the beach. It was very foggy but it was nice and cool. I loved it! It amazed me to see people on the treadmill in the fitness center running to nowhere when the beach was across the street. 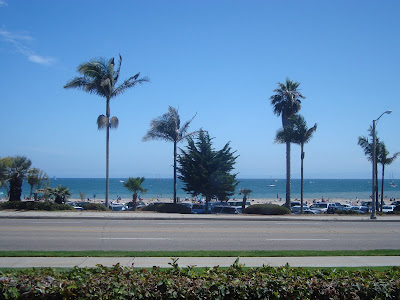 While Jeff was speaking I took the kids across the street to eat a yummy breakfast including banana pancakes. The kids wanted to go to the pool after. It still wasn't sunny yet and the pool was too cold to entice me to want to get in so I just watched them. I ended up wrapping a towel around me while watching them. Brrrr. I was glad that the two days before were nice at least.

We drove home that afternoon in only a little over 2 hours. (What a difference traffic makes).

The next day we started preparing for Jeff's speaking assignment at girls camp. He does the speaking...I do the posters and handouts. :)
Posted by Christine at 1:43 PM