So I've had a busy week so I haven't done as much painting as I would like.

(Have you ever seen the picture of the Bishop's empty plow that's standing in the field waiting for him to come back at some unknown time in the future...)

Anyway, here is the progress so far... 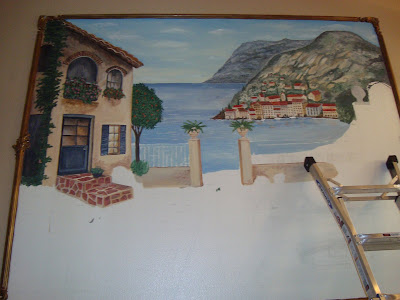 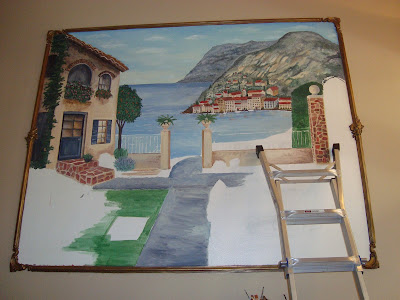 I still have a lot of work but it's getting there.

Last night we had the missionaries over for dinner. Of course I hadn't put it on the calendar and forgot about it until they called to remind me. Luckily I had just gone shopping and had plenty of stuff. 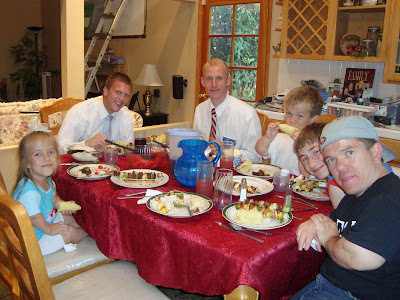 It was our first barbecuing of the summer (shish-ka-bobs). We cut up a watermelon, some cantaloupe and had corn on the cob. It got us ready for summer and now we have a new nick name for Jacob... 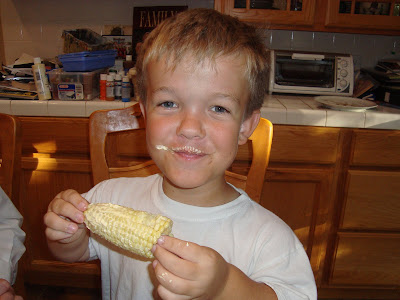 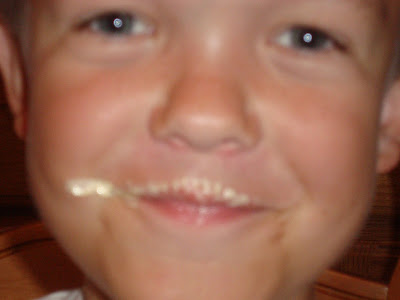 Let me leave you with one of my latest Mom Moments...

Jacob has been working on his State report for awhile. He's doing it on Utah and for one of his last assignments he had to write up a biography on Brigham Young. We already gave his books back to the library so he was using Wikipedia for his source.

Luckily I intercepted it before he turned it in to proof read it ....

He started out by extolling all of Brigham Young virtues and accomplishments and then 1/2 way through started putting in accusations that he banded with the native American Indians to steal livestock from settlers traveling through Utah. He then allegedly ordered the killing of hundreds of settlers in the Mountain Meadows massacre. The very next sentence concludes with the biography stating that Brigham Young was a righteous man who protected his people.

I had to have a talk with Jacob about sticking to known accomplishments and not allegations and accusations.

Then I helped him modify it.

All I need is his teacher and class thinking we are a war monging church who consider those who kill settlers and steal their cattle as righteous men!

Sheesh!
Posted by Christine at 7:17 AM

Christine...I love the wall painting! Can't wait to see it in person!!!
Funny story about Jacob!

Love the painting... you are amazing!

Wow! You still have it girl, talent! I love the wall painting. LOL, on story about Jacob!