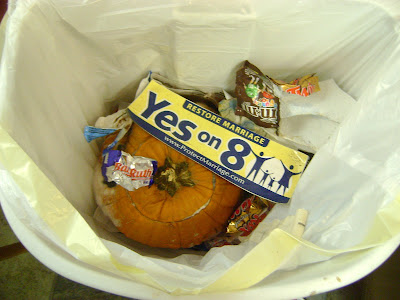 Here's our aftermath of Halloween...

First we have the prop 8 sign from the car. It's with gratitude that I'm retiring it. Just to let you know my 3rd prop 8 sign lasted through the rest of the elections, including a few overnight displays! I was thrilled. (I was glad I made sure to take it down Halloween night though, my brother-in-law who left his up got egged) After all the money, time, effort and heartfelt service from all those who worked to make it pass it would've been a huge let down if it hadn't. I think we all did our best to exercise our faith and then the Lord did the rest.

Then we have the candy wrappers from the candy I snuck while the kids were at school. (Shhhhh don't tell) It's horrible. Get me away from all this candy! It's not much better when they're home because they keep wanting it before dinner. Taylor doesn't even ask though he just sneaks it throughout the afternoon and evening. I see his bag getting more and more empty before my eyes...OK Taylor don't tell on me and I won't tell on you.

Next we have the aftermath of Ashley's pumpkin exploration project from her class at school. Let's start from the beginning. Here is Ashley's pumpkin. They were supposed to bring it to school so they could estimate how much it weighed, how big around it was and how many seeds it had. Cute idea...on paper. 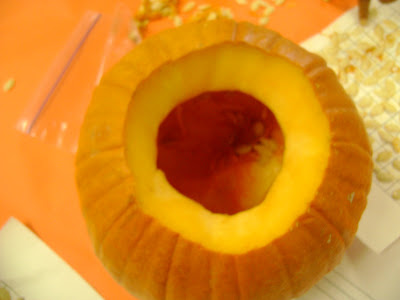 So I was one of the parents who helped cut the tops of the pumpkins and scoop out all the goop. The kids were complaining a little about having to fish out the slimy seeds from the goop to put on their counter papers. I probably wasn't too sympathetic since I was up to my elbows in it. 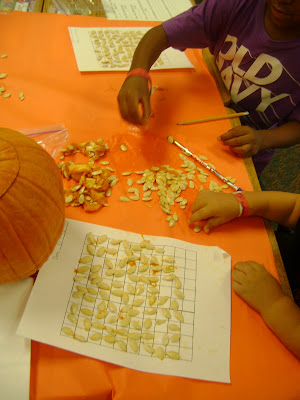 So Ashley brings her pumpkin home and we put it on the stairs for a decoration. She never carved a face in it so I thought I'd just watch to see when it started to go moldy and then we would throw it out. Well this morning I was running out the door to drive a few sisters to the temple when I noticed that it had some mold on the outside. I thought I'd just quickly throw it away. When I picked it up it disintegrated in my hands and the black moldy bottom completely came off onto the carpet.

I ran to the kitchen trash with my fingers embedding farther and farther into the flesh trying not to drip all over my dress. I realized too late that without carving a face in the pumpkin it didn't dry out so as it started rotting it became a juicy mess.

This is what the carpet looks like now. I tryed sopping it up with some paper towels with no luck. I'm hoping the steam cleaner does a better job. 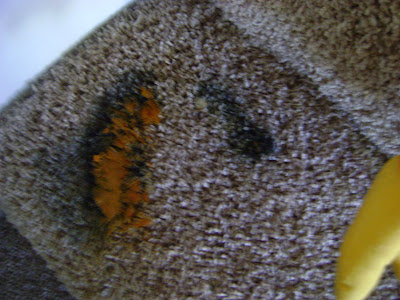 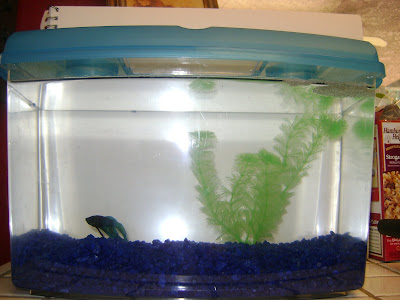 So Ashley and Jacob got goldfish from our trunk or treat. When we brought them home Halloween night Ashley was insistent that her fish was too cramped in the little baggie and she could see he was starving because we didn't own fish food. After about 10 times of stating this Jeff volunteered to go to PetCo at 9:30 at night to buy food and a fish tank. He even came home with a goldfish for Taylor. We spend the money, set it all up, got them their food and went to bed.

We woke the next morning to a tank full of dead fish.

So Jeff had to go back to the store the next morning and by Blueberry Huffle Puff the Beta fish, who is much too small for this huge tank.


So who was the nerd for Halloween?

Well there was Jacob... 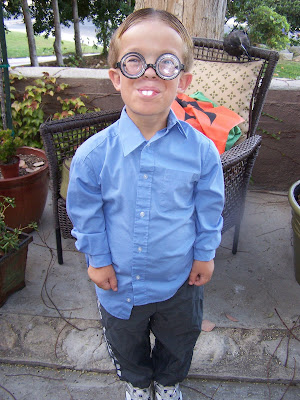 And Jeff who I convinced to wear the nerd costume he concocted the night before when Taylor was taking pictures of him. He doesn't normally like to dress up but he sealed his fate when he walked out with it:) He really got into it too! 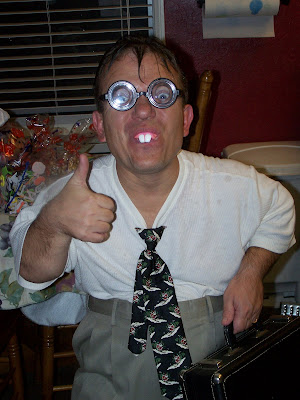 And then there was me who really didn't look so much like a nerd...maybe a color blind grandma with bad makeup. 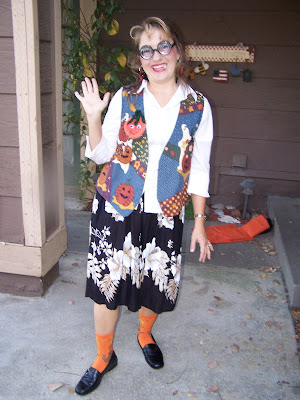 Who knew you could have so much fun with coke-bottle glasses and crazy teeth.

Taylor was perfect as goofy this year... 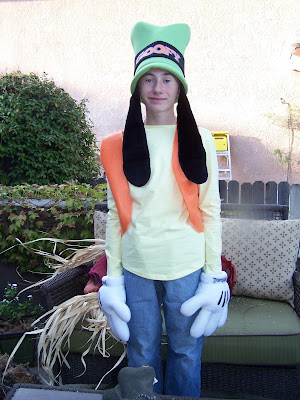 And Ashley wore her costume from her dance recital. She thought she was Mary Poppins because that's the song she danced too. Jeff and I both agreed that she eerily looked more like Jean Bonet Ramsey. 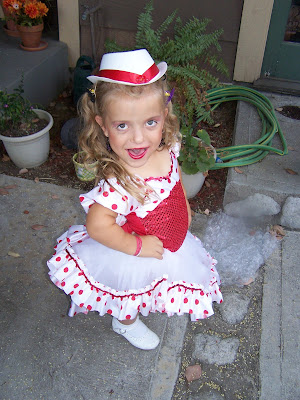 The kids had fun at the trunk or treat, got way too much candy, had shed 1/2 of their costumes by the end of the night and were way too tired when they got home. But hey that's what Halloween is all about. 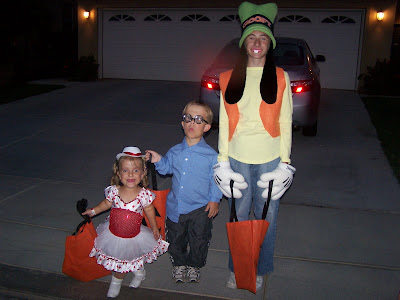 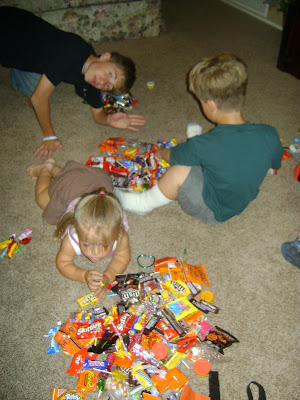 Posted by Christine at 1:19 PM

I am sooooo laughing about the fish thing we did the same thing at our house but our beta is called Pitlow. I think the kids running around all night with the fish in the bags might have lead to there deaths.

I can't believe your pumpkin rotted on the staircase. That is so funny, but gross. We didn't carve our pumpkin until after Halloween and it wasn't moldy yet. Thank heavens, the kids would have been devastated. I loved the second set of costumes the kids wore, very cute. If you can believe it, out of the two fish we brought home, one is still alive.

Looks like Halloween was fun! We miss the trunk or treats out there, they were fun. And I just cringed when I was reading about the pumpkin on the stairs....I hope that you were able to get it out of the carpet. Yikes. Have a great weekend!

LOVE the costumes! Very clever. Jeff looks great! Stew doesn't do dress up. He feels embarrassed. But, he does wear a wig to school and shaves a crazy white-trash mustache. It's pretty funny. I put pictures on my blog if you want to see our interpretations of white-trash. ha ha

Crazy about the pumpkin. I understand. They look so clean and innocent, but they rot from the bottom out. Weird!

The Fish's Name is BLUEBERRY PUFFINMUFFIN! I totally agree with the "running around led to the fishes death" statment. By the time my dad got the fishtank, Ashley's was hardly moving and swimming sideways.