A bit of spring break

For mutual we were making aprons for the girls going on the pioneer trek and opened it up to all the girls so....I decided since I was going to be there anyway I'd buy some material to make Ashley and I matching aprons. For some reason the dog wants to lay on the material I put on the floor. 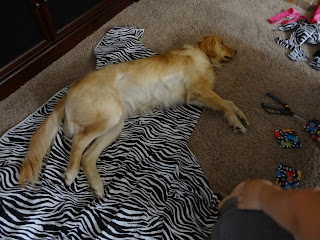 That night was crazy and I didn't even get to pull out our material but I did get to help some of the girls with their aprons teaching them things about sewing that they didn't know before.

Since I promised Ashley an apron I made hers the next day....mine will have to be made another time. 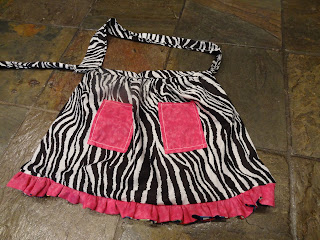 I did sew some baby shower blankets while listening to conference talks I missed on Saturday morning while we were running the LPA Easter party.

I had to turn the TV up really loud to hear it over the sewing machine...hoping the kids could hear it in all parts of the house as well ;) 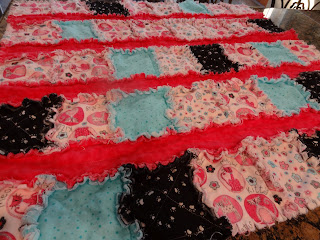 On Saturday we had our LPA Easter party. It was lighter on turn out than we normally have but with the weather cold and drizzly it was understandable.  It was fun for those who were there though! 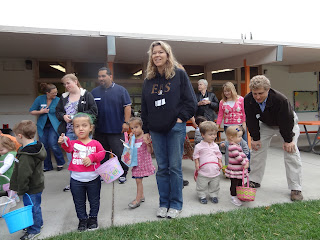 Jeff fell in love with this cute little guy named Peter who is 4. Jeff kept asking if we could come to his house to play with him.

He was a cutie and a sweetie! 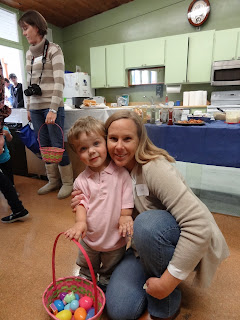 They also did some hair painting while they were there with the colored hair spray left over from the national convention!  Wow.... 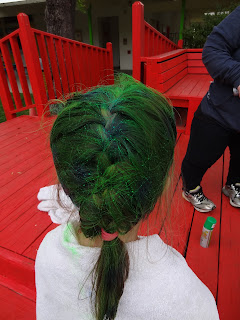 And here is Jacob with his REALLY pink hair.

He still has a pink spot on the back of his scalp that won't wash off! 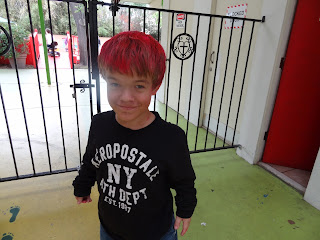 Sunday we enjoyed conference as a family and those who took notes had all the advantage the next night for our game of General Conference trivia....(to really see how much they were listening)

Monday I ran around buying stuff Taylor would need for the Pioneer trek he was going on for Youth Conference this year. Tuesday I figured it was time to get the kids out of the house. Jacob had been in the same pj's since Saturday evening and it was now Tuesday!

So we got one of Jacob's friends and one of Ashley's friends over and we took the dog to Sycamore Canyon. 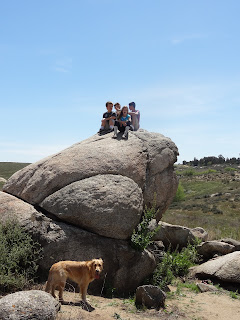 They loved the rocks as usual. It was a warm day though so they were all tuckered out by the end.

I stopped off at McDonalds and got them all sundaes on the way home...they liked that idea. 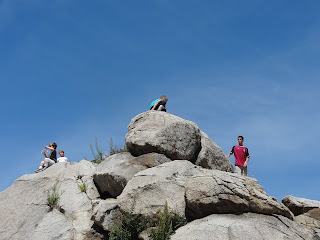 Wednesday was packing up and getting Taylor ready for the trek...it was a miracle that we fit most of his gear into his little bucket though we did have to hang his eating stuff on the outside. 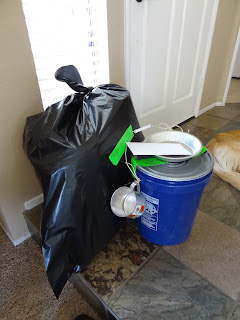 Taylor told me "NO PICTURES"  maybe it has something to do with wearing the pioneer clothes...or the fact he knows it will end up on the blog.

I thought I could get a quick one as he was walking out the door.  Well he was on to me so this is all I got....hee hee hee

Good thing Jeff's bringing the camera up...I'm sure he'll get plenty of pictures. 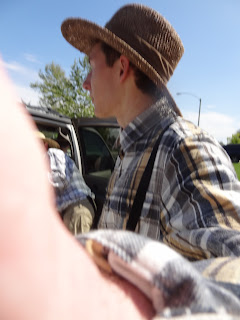 Oh by the way I had my first sub job on Friday.

Let me just say that trying to keep 35 5th graders on task enough to take 2 tests and have their day filled with busy work the day before Spring break was no picnic. It didn't help that my inexperience made me feel completely out of my element the whole time.

Lets just say my eyes were opened I have a short list of what works and a longer list of what doesn't....and a  realization that I have a lot to learn.

I'm trying my hand with 1st graders on Monday....only 21 of them....now that's a class size that sounds more manageable so I'm hoping it will be a better day!