Beach day with the Popkow family

While we were at LPA we met another family with a daughter about Ashley's age (there aren't any in our area) we talked about getting together and maybe meeting up at the beach...then I forgot about it.
Luckily Mirjana texted me and reminded me.
So we arranged to meet at Hermosa beach and since Jacob Rosser was scheduled to come over and play with Jacob we brought him along too :) 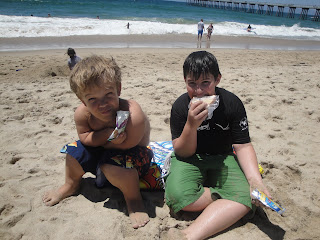 The air was a bit breezy but the water was great. The kids were loving boogie boarding in it over and over. 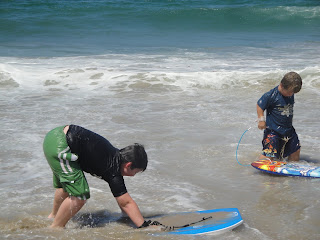 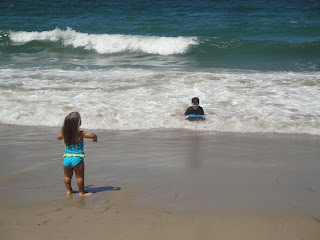 They loved it so much that 2 of our small boogie boards broke and are now in the trash....well they were given to us free when someone was going home from their vacation so we got 3 or 4 years out of them for free ;) 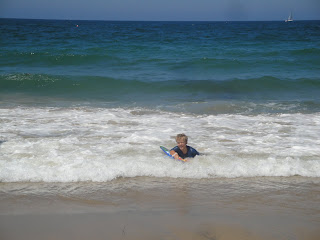 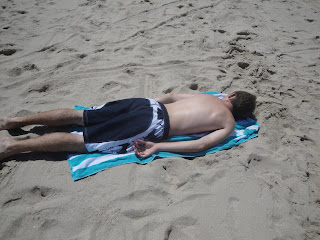 The Popkows hit traffic so we actually beat them by a bit. I told Ashley that Chloe was coming and when Mirjana and the kids walked up Ashley said "Ooohh I didn't know THAT Chloe was coming. I thought it was the OTHER Chloe"  (Chloe Allen that lives in Oregon)
I asked her if she was happy that it was this Chloe she said "YES! We can play in the waves and she won't go too far out and leave me behind"   (which is always the issue with girls her age)
They collected seaweed (they played jump rope with this piece) and played in the waves. They both like to go out in them just the right amount (no higher than their waist which is just how I like it) 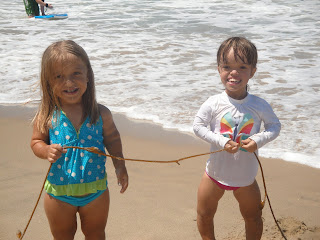 And they found sand crabs and tried to dig themselves a big hole. 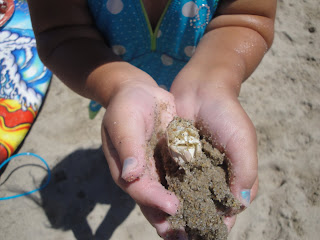 The boys had fun hanging out together, Taylor, Jacob, Jacob and Matthew. 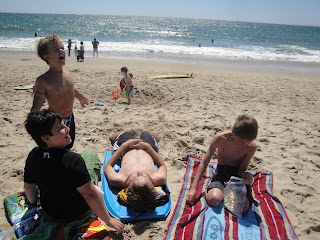 Ashley told me that when these two are together everyone asks them if they are sisters ;) 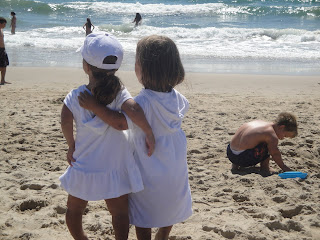 Nope just a good friends. They had a lot of fun together and I enjoyed getting to know Mirjana better. We'll have to get these two girls together again :) 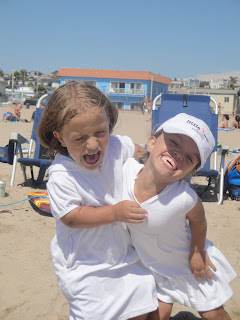 The next day we went to our first pool day of the summer at the Paige's house. There was quite a few people there, lots of fun. 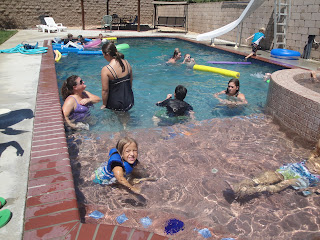 We got our trees trimmed because the neighbors were having problems with leaves from the trees on the side of the house blowing into the pool. Since we were getting the side trees done we had our tree guy do the front tree which needed it...not realizing what a bad idea that was in the middle of summer. Our house is now hot! I didn't realize how much this tree cooled the house! 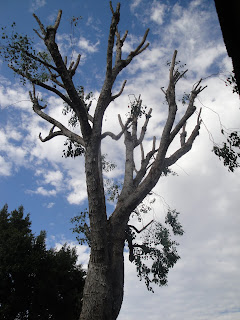 We went to a LPA recap taco/pool party for all the people that helped at the convention. They were giving away extra stuff...we got this surfboard that they used for a sign.
Taylor was very disappointed when we brought it to the car and it was just a plywood piece cut into the shape of a surfboard (he thought he was getting the real thing...ha ha) 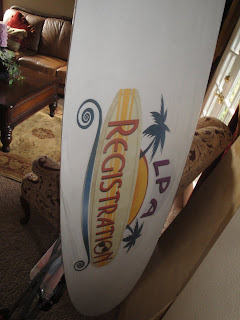 The rest of the week we were preparing the house for Jeff's cousin Robin and her family to come stay. There was a Post family reunion coming to town and we were looking forward to seeing family we haven't met before.
Posted by Christine at 8:20 AM

Looks like great fun. So glad that the kids had friends to bring along. Makes for a much more relaxing trip for the parents when the kids are entertained :)

Thanks for sharing your family adventures. I always enjoy reading them.

I miss going to the beach in So Cal! Those girls sure are cute together :)