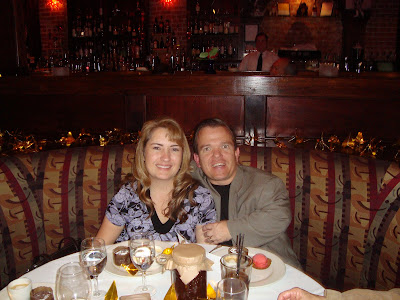 Recently Jeff and I were privileged to be invited to a 50th Wedding anniversary celebration for Nancy Takano and her husband. (Jeff took over her book of business when she retired.) They hosted it at Mario's Place. We had a yummy dinner surrounded by gold origami swans followed by a program of family and friends talking about the happy couple.

We left with a large jar of Takano's special homemade teriyaki sauce and good dose of perspective.

Throughout dinner we talked to the couples next to us. On one side we had a couple who had been married for 50 years and on the other a couple married for 56 years. We heard about their grandkids, and great grandkids, jobs and houses, retirement and their life together. In the end here were two people sitting together after 50 years and more happily married. In a world where estrangement and divorce seem to run rampant it was nice to be in a room with so many examples of successful marriages (mind you none of them were members of the church.) And we only have 33 1/4 years to go to be where they are!

We also heard a lot of stories about leasurely days spent golfing and and hanging out at the country club, or Nancy's knit shop talking aaaalllll day. The lady next to me told me about her day in pj's reading a book while her husband watched golf on TV. She didn't get dressed until it was time for dinner. I didn't even try and explain the complexities of my day but I think we're at least 33 years before I'm there either. (Though I still don't imagine myself in pajamas all day unless I was sick.)

So at least for 30+ years I'm expecting more of our crazy life...

Here is Ashley with friends who showed her new ideas on "how to play with the water in the pond". At least that's what Ashley told me. By the end of the day there were multiple "boats" floating in the pond along with some wet feet and hands. But, the girls were happy so it was OK. 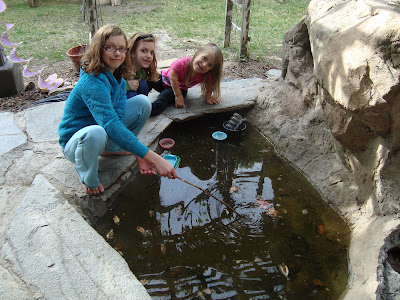 The boys were happy to be inside and leave the playing in the pond to the girls. 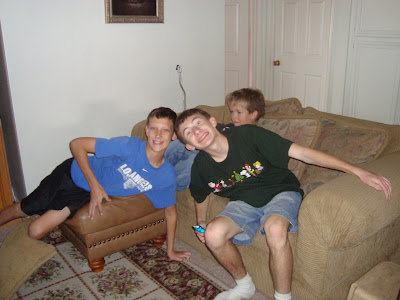 Friday was one of those days where there is so much going on all the writing spills out of the box on the calendar. Just that evening, for example, I had to get Taylor a ride to his honor band rehearsal, Jeff was working late, I had to get Jacob to the school for the 6th grade science camp spaghetti dinner and talent show and then after I brought the kids back home and went to Cindy's scrapbook night to stamp handouts and programs for Sunday's Visiting Teaching conference.

Jacob helped at the dinner by presenting one of the baskets that was won in the raffle (it was almost as big as him:) and he played music box dancer for the talent show. 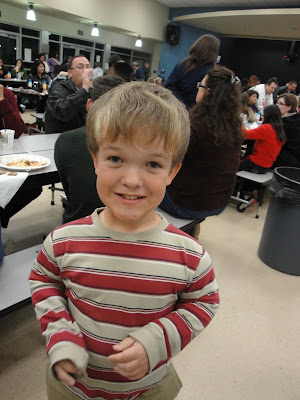 The school doesn't have a piano so long story short I had to borrow a full sized keyboard so he could play his song. (Thanks Mary Ann). So of course that added to my day :)

It actually sounded better because he could put it on a setting that sustained the sound when a piano couldn't since he can't reach the pedals. I think he enjoyed playing for his teacher and his friends even though he was nervous. He got a lot of nice feedback. Way to go Jacob. 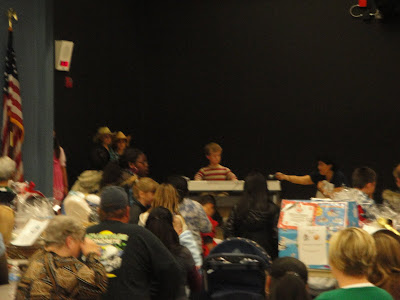 Ashley liked hanging out with her friendss. 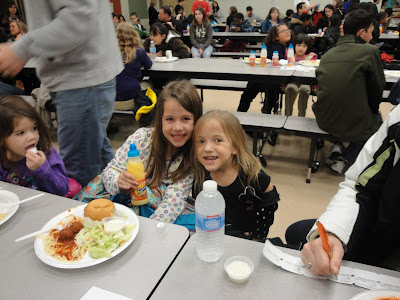 For the past two weekends Taylor has been practicing with honor band so on Saturday night we were actually able to see hear them play all the songs that they had been practicing so hard at.

We were very proud to open our program and see Taylor designated as first chair for the clarinet section. Way to go Taylor! :) 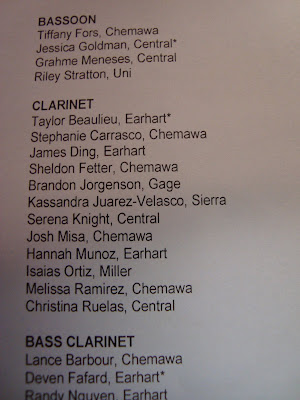 In the middle of the performance all the students even got metals. They did a wonderful job playing, we were very impressed. 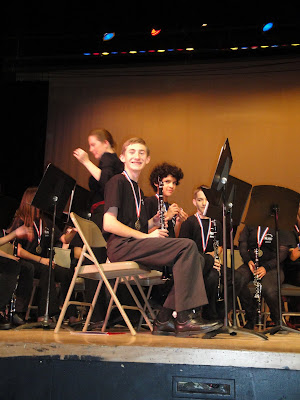 The teachers directing the band said that the music that they were playing was considered advanced high school music. It showed too they even got a standing ovation at the end of the performance. (It probably helped that they played the theme songs from every branch of the military and had military personel stand up). It was so nice to see all their hard work pay off. 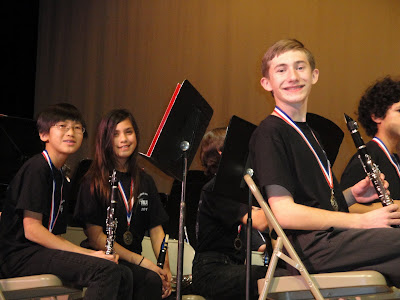 So now Taylor is officially a self proclaimed band geek for next year. He's decided to be in King's marching band next year.

I hear they are the number one marching band in the nation and they'll get to go to the Rose parade and everything. That's great but it comes with a price (which is what I'm dreading) you have no life outside of band. We looked at the schedule for this summer and Taylor will officially have 2 weeks off without band commitments. Yikes!

Even more reason we made this be a decision that he made, not us, because he'll have to keep himself motivated to do everything he needs to do next year. We're confident that he'll do great. 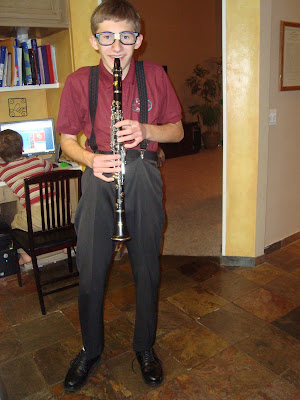 So I didn't realize that the kids were off of school this Friday and on Monday. Yesterday I figured out I had one less day to plan Valentines day parties for the school. I have to say that these were my most helpful purchase this year...heart shaped post it notes. 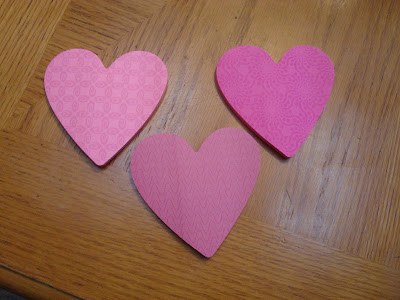 They were 5 dollars but so far I've used them for a bullitan board, my lesson on Sunday, the kids valentine's... 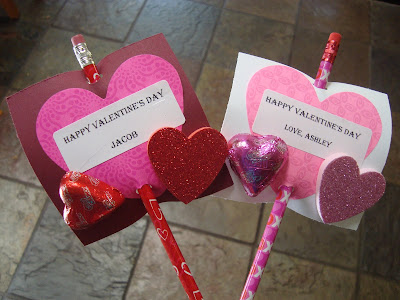 the flyers for Ashley's class party and I'll use them for card making tomorrow. Nice. 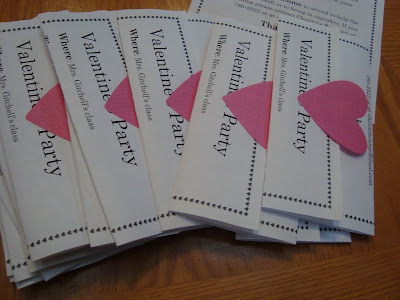 Homemade valentines are at least 2 to 3 times more expensive than storebought ones.

No matter how cute the homemade valentine is if it doesn't have candy on it the kids will reject it.

Buying candy for valentines after the fact will double the cost again.

Personally pass out the flyers for class parties because teachers seem to forget about them or don't care, haven't figured out which yet. The parents of Ashley's class will now have one day's notice for the party, I guess I'm going to have to bring everything for it now.
Posted by Christine at 11:50 AM

YOu are such a busy lady and always so willing ot volunteer to help out! I love to see what you have been up to. We miss you guys!

I can't imagine getting into a busy schedule like yours- I think I am busy and we have no extra-curricular activities besides cub scouts!! Wow.

:D
You are a great mom Christine. Have a wonderful week, hopefully not as busy.