So to give you a sampling of our crazy creative kids. The boys like to draw during sacrament meeting. I didn't mind too much until I saw the drawings. Here is a sampling. Hmmmm...looks like they aren't getting too much out of church so I stopped bringing the paper. 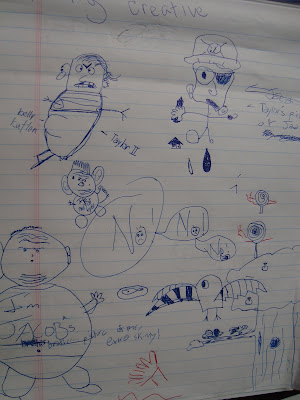 Here is Ashley playing "nurse" with a hypodermic needle highlighter and the mask I had to wear while taking pictures at Loma Linda for Taylor's eagle project proposal. She was supposed to be doing homework. 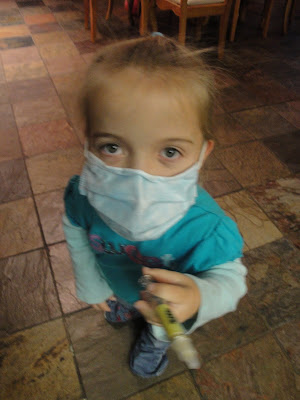 Here is the poem she wrote on a different day...

If you have a pain.
You hear a scream.
You see a cat
as still as that.
It means your days are past.

She scared herself with it later that night when she convinced herself that she was now going to die because she had all the symptoms of the poem. Crazy girl.

Here is Ashley taking all the bowls out to play "drums" and play on the recorder at the same time...again while she is supposed to be doing homework. 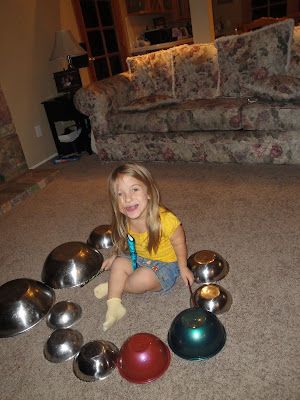 Here is Jacob trying to think of every creative way to get out of this place. It was princess night at Chick-fil-A. Jeff was gone so Jacob was with us trying every way to convince us that it was time to go home. 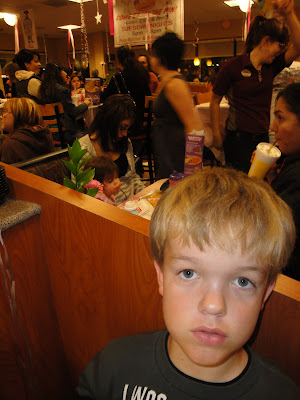 The only time he didn't complain was when he had food in front of him. I think the sight of all those princess made his skin crawl. (Even he had to laugh at the teenage boys dressed up like princesses to try and score free food though) 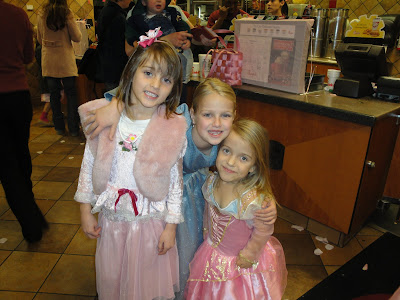 Jacob has also created I don't know how many lego and bakugan stop action movies... 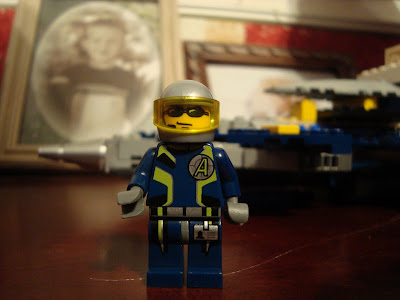 Here's Taylor's creative faces...I guess he got a hold of the camera... 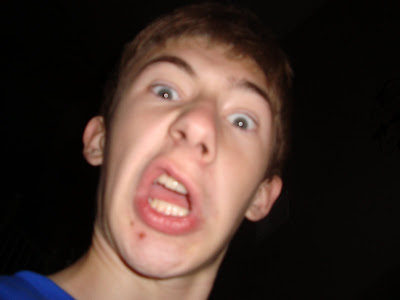 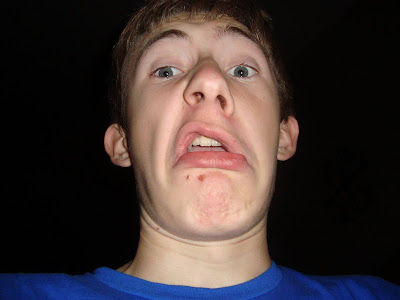 And here is his Easter Island head he created out of moon sand. It's held up for over 2 months and we even featured in a school project titled "my treasures. 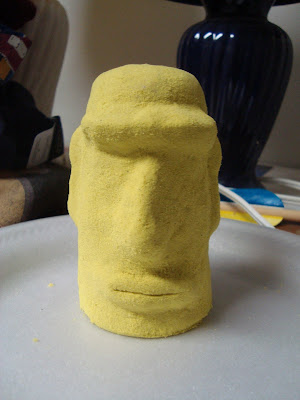 By the way Taylor's Eagle project has officially been approved. He is now compiling a library of children's and teen books for the Loma Linda Children's hospital. So friends and family...here is your warning that a donation letter will be coming :)

If you have any children's books or want to donate money to buy them...talk to Taylor... 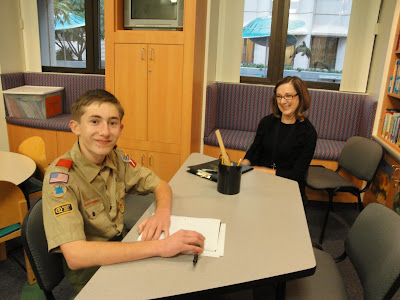 Posted by Christine at 4:36 PM

I love your blog facelift for FEB so CUTE!!! And your kids are creative just like their Mom... I have a few of those creative kids myself and even though I know it is a blessings at times it can be overwhelming... I think we should have the boys make a lego movie together sometime... it is Jeremiah's favorite past time! And we have a few drawings from church that look very much like yours... I am glad to see that other kids do it too:)

Hey Christine- can you do me a favor and email me the princess pic? I would appreciate it!! :)