So this week the big boys were off to Beaver, (Jeff and Taylor).
Since the girls were up at girls camp as well at the last minute we decided to make goodies to send to the Woodcrest girls and to our nieces.
They are candy grams (they were the big thing when I was going to camp).
They read....."  _______   Girls camp is "mint" for "jolly" times and lots of "laughs" also for feeling the "fire" of the Holy Ghost to help you "choose" the right this week and all year long. Hop you're having a "sweet" time.
My version was small though and didn't have any large candy bars, sorry girls. 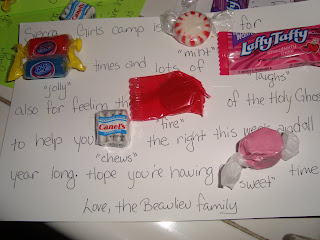 While the big boys were gone I took Jacob and Ashley out to LA to meet up with Angela and Robert and Ian. LA is a good 1/2 way point for both of us so we picked the LA science center (it's for kids, it's a science museum and its free)
The drive out was about 2 hours because of traffic but we ended up getting there just a bit after them. 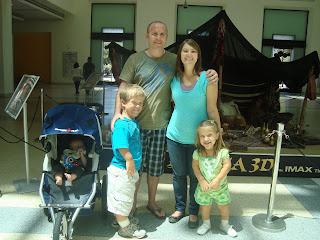 We explored the exhibits and got to visit with Angela and Robert at the same time. 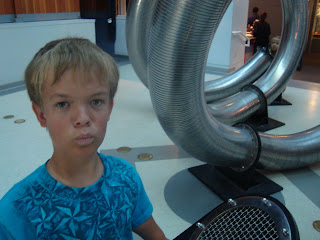 Some of the stuff we've seen before but there was a whole wing that we hadn't explored before. 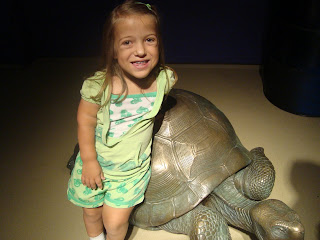 There was a sections on biospheres and we never realized they had an aquarium there! 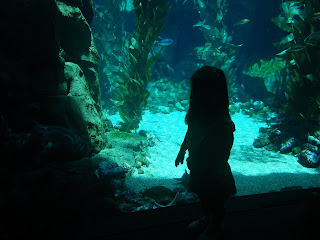 The end of our trip we hung out and ate lunch together.
Ian is getting the cutest chubby cheeks...better to snuggle with. 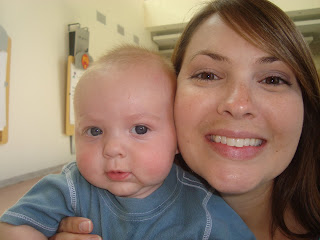 On the way out Ashley had to stop by to make some slime. 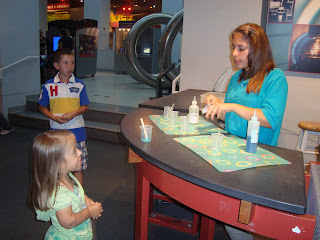 While walking to the car we walked over to this fountain on the way there. Ashley exclaimed "I didn't know there was a water park here!!" 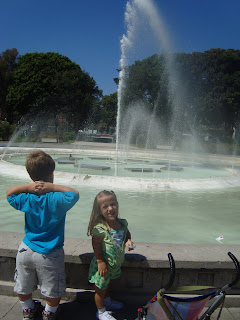 There isn't.
There was just fully clothed children walking around in their jeans in the nasty water.
Tempting as it looked I didn't let my kids get in it. ;)
Our drive home was only an hour and a half. 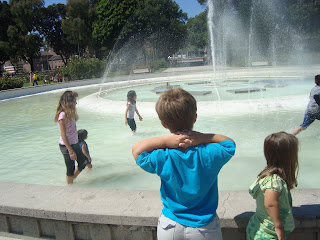 The next day we went to the beach with friends. More driving but lots of kids to play with. 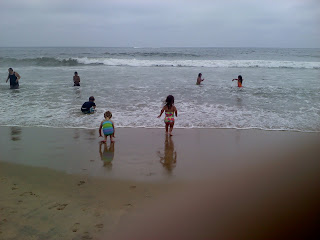 It was a little overcast but the kids didn't seem to mind.
I don't know what it was but the drive home was super long with lots of sloooowww traffic. We had planned to meet Steve and Tahna at the Jurupa Stake Center to see their Pioneer Play but it looked like we were going to be late! 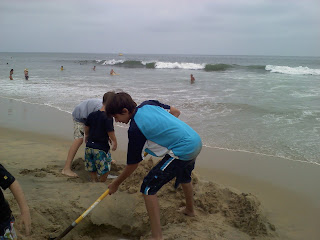 We quickly got showered and changed and started driving to the Stake Center and we were in luck, it started an hour later than we thought.
We sat in our seats and Steve told me "Be prepared it's a 2 1/2 hour play" 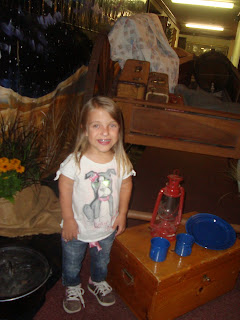 Wow. The kids were already tired...we'll see how this goes.
They did a great job singing and telling the stories of the pioneers but you had to listen hard and there weren't many props or action. Jacob was done by the intermission so I let him sleep in the car but Ashley stuck it out the whole time!
We took them all to McDonald's ice cream after (they liked that part)
I did like the play however because it helped me remember not to complain about ANYTHING in my life. We live in absolute comfort and ease and these people gave up everything to join themselves with the church they believed in, walking in faith amid trials and heartbreaks with their heads held high.  I have many pioneer ancestors on both sides of my family and it helped me to remember them and their sacrifices that were a blessing to our family. 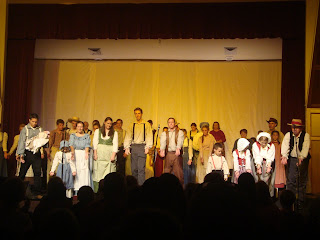 The next morning we were off for some more driving. This time we went to Palm Springs to hook up with Jenna and the Scotese family.
Jenna was Ashley's best friend and neighbor for years (she said they were like sisters). Since her family moved to Temecula we have to find times to get them together. We both have passes for Soak City so it worked out great.
When the girls saw each other they ran and screamed and gave each other a hug ;) 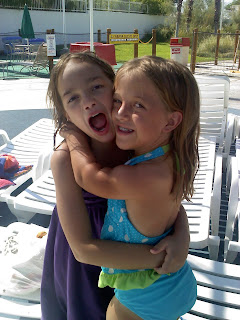 The kids all had fun hanging out with each other and going on slides together. 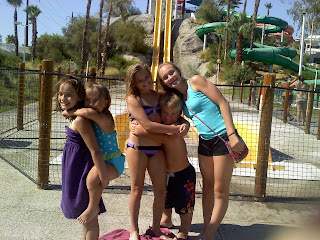 The biggest surprise for the day was the cryptic text that I got from Jeff saying that they were coming home from Beaver that day instead of Saturday!
He had no cell service where he was so every once in awhile he could get a text through or if he was driving somewhere we could talk for 2 or 3 minutes, with the call dropping at every other sentence. Before I contacted mom's I wanted to know for sure if they were coming back. One was in Arizona and needed to know if she needed to drive back early!
So just in case before we left for the water park we had to do some house cleaning (I thought I had another day) and sure enough as we were driving we found out the boys were on their way home.
It's funny I was having Jacob text for me in the car while I was driving so I could let families know. I would tell him what to say and he would text it. At the end of the drive I was having him text Jenna's mom and when he was reading back her response he said "She said she likes your signature"
"What signature??" oooohhhh I remember that the kids put tag lines at the end of their texts as a signature. JACOB what did you put???!!!
"My son is BEAST!!!!!!!!
"How many of my friends did you do that to???!!!"
"Just Kim"
So for the next couple of days I had to erase "My son is BEAST!!!!" when I wanted to send a text until I could get Jacob to take it off!
The next day was Saturday and it was nice to have the big boys back and enjoy the day together. We slept in....watched Harry Potter, did wash and stuff, made an appearance at the 24th of July celebration and then ate at Spaghetti Factory (the boys were tired of hamburgers).  We were glad to be back together as a family. 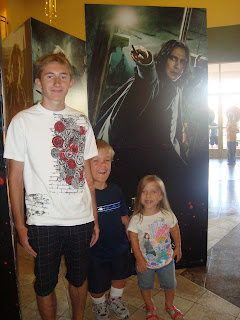 Posted by Christine at 4:49 PM

Wow! You all always have so much fun! What great memories! And I definitely think you should keep your phone signature. :)

We only made it through half the play because I didn't realize it started at 7:30 p.m. and because it was so long. Wish we could have stayed to the end but I was having a hard time hearing it. It was nice to see you though :)