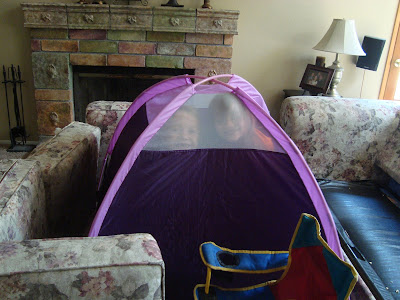 I am finding our summer schedule is not conducive to me getting anything done that I want to or need to get done. Along with grocery shopping, regular housecleaning and blogging not much is getting done over here. Though there has been a lot of playing with friends, making forts, a few excursions here and there and us begging other people to come and swim in their pools. Thank you to all you pool people that take pity on our pool-less circumstances :-) 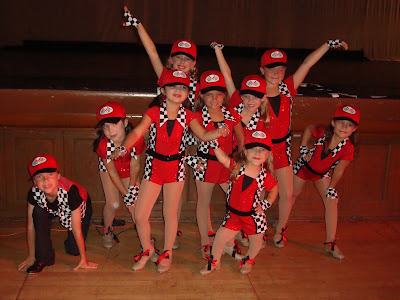 Well Ashley did great at her dance recital despite the fact that she had a raging ear infection that started 10 minutes before the curtain came up. We got her calmed down and loaded with medicine and she made it through the performance and then I took her to urgent care. Sure enough she had a bad ear infection on one side. When her eardrum burst later that night I realized how painful it must have been for her earlier and she still stuck it out. So proud of her! 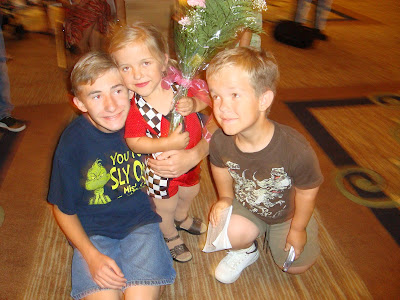 Some other fun stuff has been a huge beach day! Probably the most people we've had yet with about 40 kids or so (some of them couldn't bother to come and get their picture taken). 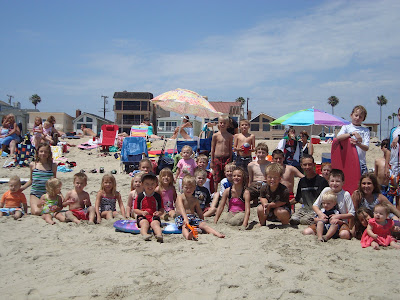 Ashley even had a friend come along with her family and a friend of theirs. 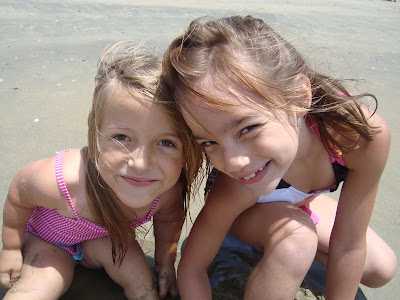 The boys worked on this sand creation instead of playing in the water (it was freezing). My feet were numb when I tried to wade in the water with Ashley. 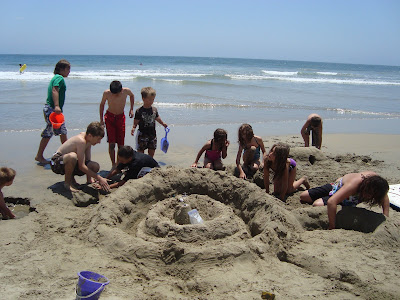 Another fun night was our night at the drive in. We had 8 families come and hang out to watch "Up" and "Night of the museum. This picture features all our children with donuts hanging out of their mouths and a random boy up front that wandered over from some other family and kept wanting to drink our soda (I had to watch him like a hawk). 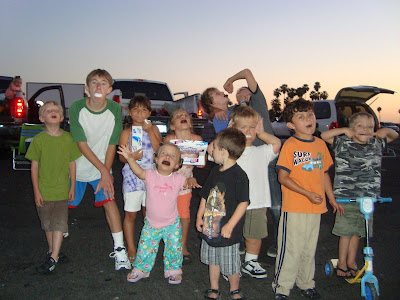 Here is the boy that started the donut show and tell. 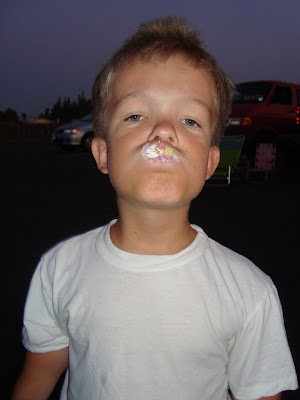 Does Taylor have a new girlfriend and not even know it? 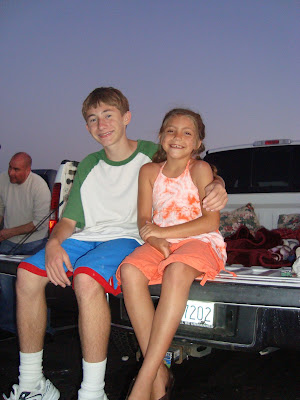 Last week Ashley and I got our own adventure together. We were invited to the California Pizza Kitchen tour last minute when there was a cancellation. She had fun touring the kitchen and making her own pizza but I think her favorite part was holding baby Aiden. 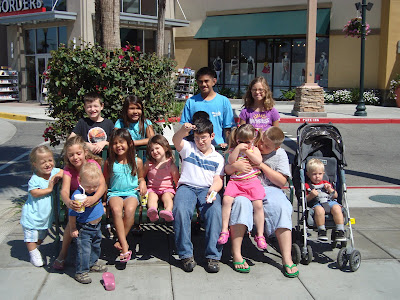 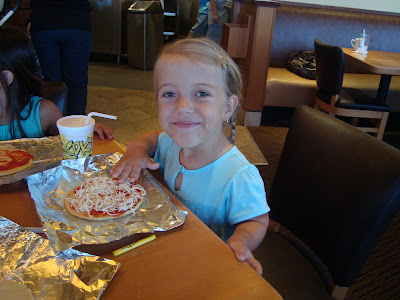 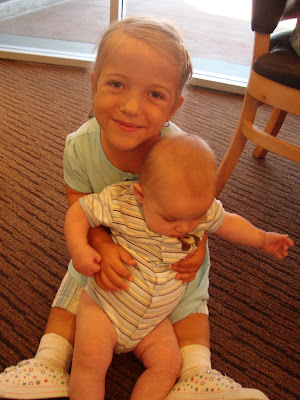 looks like summer has been good to you! Sorry we missed the drive in looks like fun!

What a cool beach trip!! It is so fun to go with a ton of friends!! Ashley is a trip! Oh my goodness - look out boys!! She is unstopable!