Our Thanksgiving week was busy with cooking and cleaning and shopping with a little bit of fun thrown in. On Monday we went to Disneyland to use our passes (one of the only days that Ashley is out of school and we could use it). 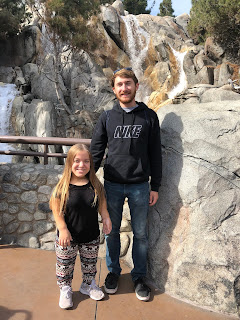 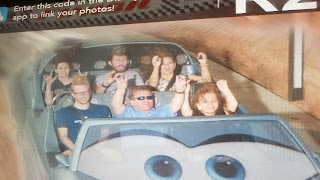 The Park was decorated for Christmas which is always fun. Knowing how busy the Christmas season was we knew this would probably be the only time we would be there during the holidays. 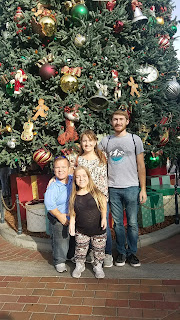 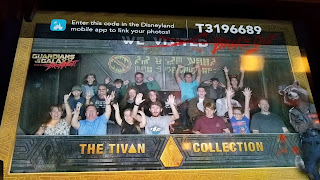 It was crowded and Taylor brought his own car so he could come back and get to class on time but it was still fun to go for a few hours. 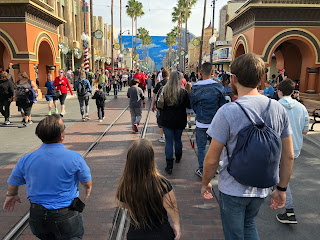 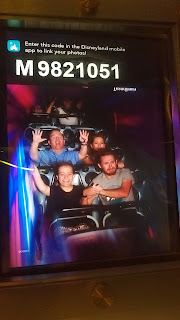 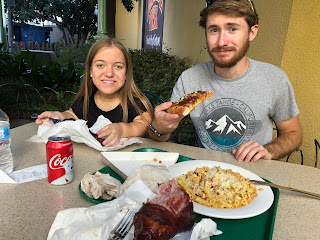 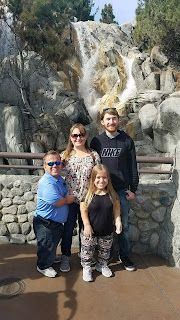 The Nightmare before Christmas  Haunted House  is always fun. 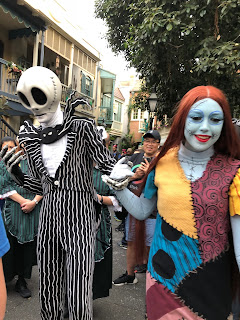 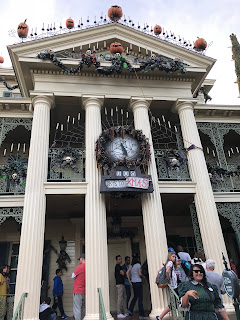 In the middle of the month we had a chance to have Brenton Ellis come stay with us for a night and visit with him. He was in town attending his friend's wedding and so he stayed with us and then we met up with Joel and Virginia so they could see him too. It was fun to catch up with him and to be able to talk to his brother Nathan who is in Germany as a foreign exchange student. 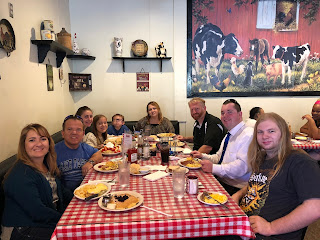 We are starting to get geared up for Christmas. Here is a preview of our Christmas Card for the year. We haven't had professional family pictures for awhile so we end up just doing a variety of pictures from throughout the year. 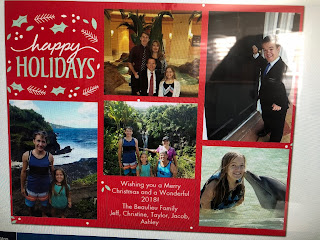 I got to go with the Young Women to the Mission Inn for mutual. 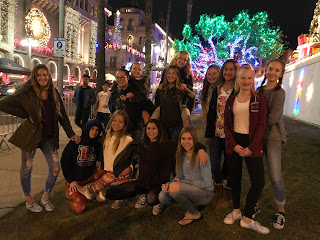 Anna from the other ward came too. (Notice the girls Christmas leggings that they wore all month) 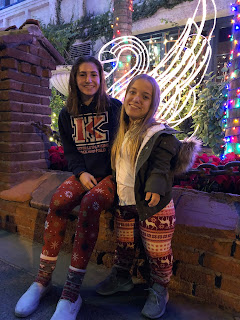 The mission Inn is always impressive this time of year. 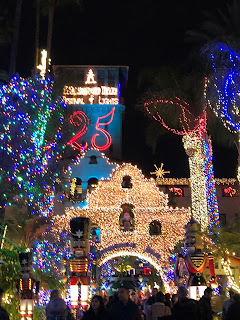 It was a quick trip but it was still fun to see all the lights. 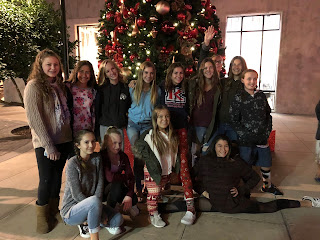 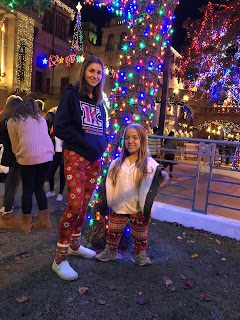 One of the other mutual nights that I thought was a fun idea was to have a cooking challenge. 3 groups of girls were given the same ingredients that they had to be creative with, and include to make a meal.

Every group came up with different ideas of what to do with their ingredients. It was fun to watch and taste. Great job girls! 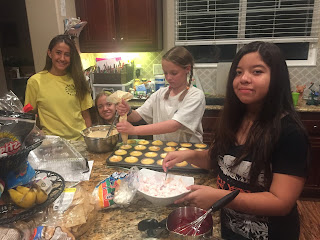 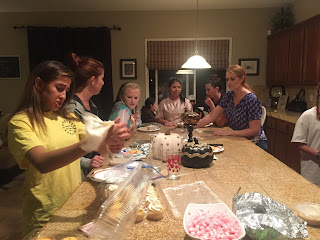 Hello Family!
The weather out here is turning beautiful! It's the perfect temperature and the trees are in primetime! It has really shown me how beautiful God's creations are!
But first, let me tell you about my week, because a lot went down...
Tuesday: Halloween! Good day, we had to get up at 5 and leave at 6:45 because we had a meeting down in Charlotte that morning. It was a leadership meeting that all the district leaders were invited to as well, where we learned a lot of the new changes that are going to be happening to missionary work. Well... they’re not really changes, but they are new ways we can better use our tools and teach.
That took up the day until about 5, then we drove home, got home at around 8. We are told to be in early on Halloween, so we spent the rest of the night at home, but it was a really crazy day. Very Spiritual.

Wednesday: We went to a district meeting where I exchanged to a real country area for the day. I was with a super fun missionary, and it was great. He taught me how to get big, so don't be surprised if you see a buff little man walk off the plane. We also tried chugging half a gallon of chocolate milk that night, but we couldn’t do it because we were laughing to hard. I got halfway though!

Thursday: We had interviews with the President! I love him, those are always a great time. Learned a lot that day! Did a lot of planning for the zone.

Friday: I went on another exchange, but I stayed here this time. We had one of the most amazing lessons with one of our investigators preparing to be baptized. We did a new way of teaching we are learning about, and it was a super spiritual experience. We also got to make fun videos to train the zone on.

Leading is tough though! It's a lot like missionary work, you can do all you can for your investigators, but some just don't want to change. I've been trying to be lovable though. A lot of missionaries in this mission don't like their leaders, because of the lack of love. So I have been trying to create a zone unity! I have been focusing a lot on the Christlike attributes to become a Christlike leader.
With this thanksgiving season coming soon, I have been focusing a lot on gratitude, and how much better off we would be if we were a little more grateful. I have been studying it a lot, and I found it's something I need to work on. I was reading somewhere, and it said gratitude is not only a Christlike attribute, but it is the catalyst to all Christlike attributes! So my invitation to y'all this week, is make a gratitude journal! And every day write like 5 things you are thankful for, then see how big the list is by thanksgiving!
I love y'all and i pray everything is going well at home!
-Elder Beaulieu

PS. I have a lot of other pictures, but I don’t have them yet, so I will send them next week. 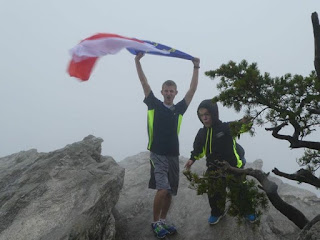 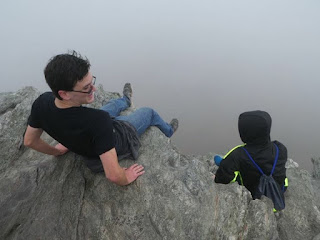 Sorry this is late! But we had an activity all day! But at least I have lots of pictures!
This week I was able to go on exchanges with my trainer! He goes home in a few weeks which is super sad, but I got to be with him! It was weird but it was sweet to be with him again. I still learn a lot from him!

To answer you question dad, I think President likes me! I get him to laugh a lot, and we have some good exchanges!

And to explain that video, we were talking about how we need to teach more simply and how we need to extend less commitments on first contact, so it was a good visual. I saw a video of my mission President watching it and he was dying laughing. A missionary in our apartment got it and sent it to his mom, who showed it to ward council. Then another missionary sent it to her dad, a stake President. Who then showed it to other stake President and an area 70, and many of the auxiliary leaders. And my mission President said he was going to send it to the missionary department, which is crazy!

We have zone conference tomorrow and we are going to learn so much new things that we just got from the heads of missionary work. I will keep you posted, and my next email will be full of everything! I love y'all! And bro I will email you next week! And to answer another question, that family who sent that picture of us, we have thanksgiving with them. Look forward to hearing from you at Christmas! 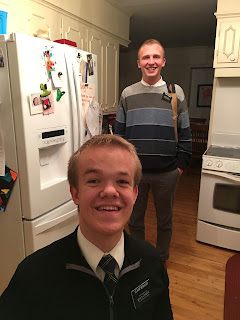 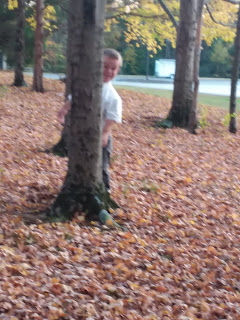 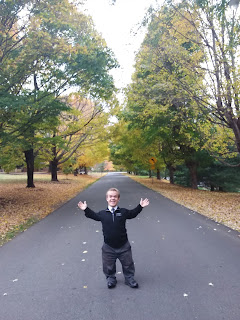 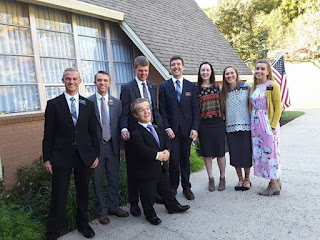 Posted by Christine at 6:48 AM