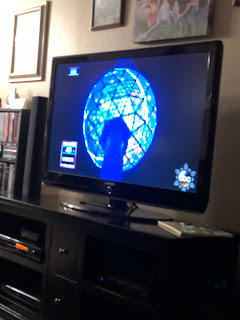 New Years Eve this year was spent playing games and counting down at Steve and Tahna's house. It's always fun to do game nights with family.

The next weekend we did a two day trip to Big Bear before everyone headed back to school and work.  There wasn't any snow at Big Bear except for where they had made it since it hadn't snowed yet that season. We still got some snow play in but we had to wait until the evening because it was so hot in the day it was mush and the tubes wouldn't go down fast enough. 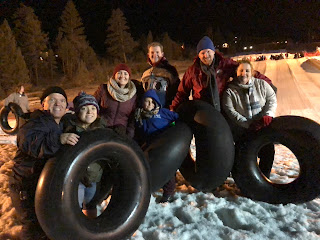 Luckily we went to one that had a moving sidewalk. 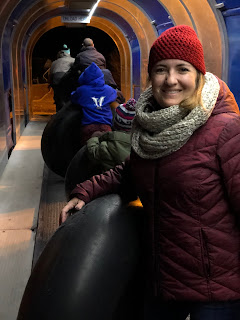 Ashley was just starting to get the flu she was happy to not walk very much. 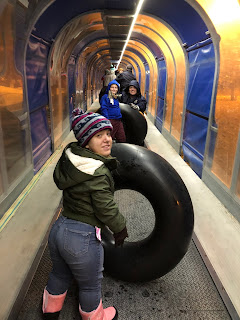 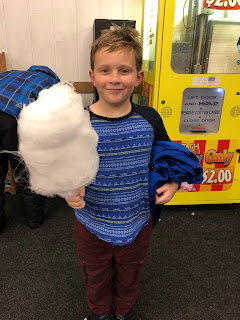 Earlier that evening we had enjoyed looking at some of the eclectic shops in town and eating dinner. Ashley found a friend just her size. 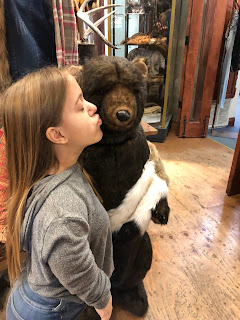 The next day we headed to Arrowhead where Joel and Virginia were staying to see their resort. 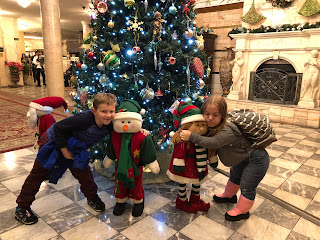 We left Ashley to relax in the room with Dean (still not feeling good) and we went on a walk to the Lake and the nearby village. 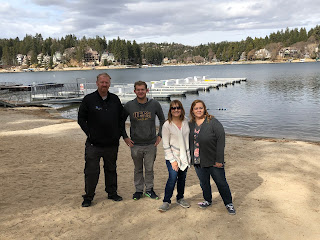 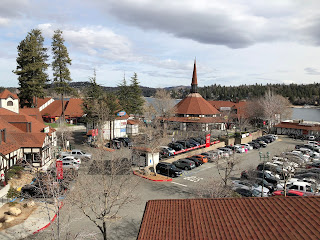 After exploring we picked up the kids and ate a quick lunch and then went on a boat ride which is the only way a non-resident can have access to the lake. 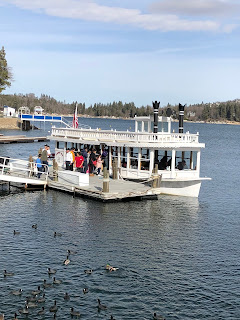 We got to hear about the history of the lake and see lots of famous people's houses. 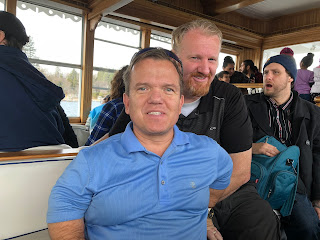 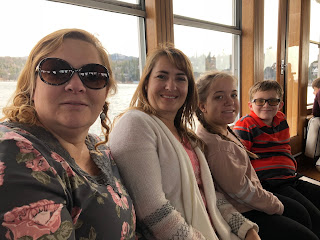 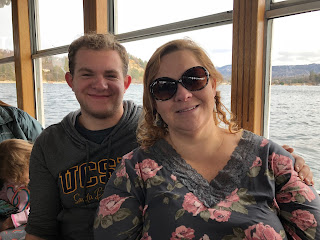 Like this one that belongs to Max Factor. Notice the long stairway looking thing. That is the track for the funicula getting people and things from the house to the lake. There were a lot of houses that had them. 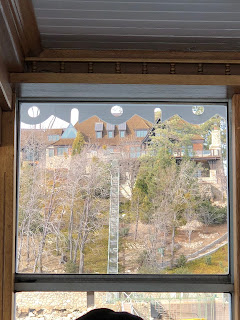 Dean liked that he got to take a turn piloting the boat. 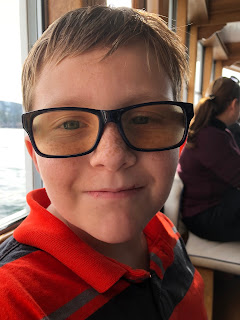 It was a nice way to end our Christmas break and spend time with family. 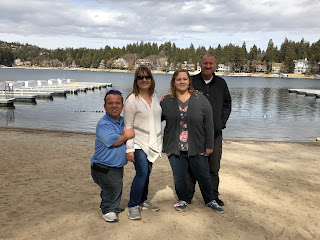 Hello Family!
O boy O boy it is cold outside! The weather has been below freezing (the highs) for a while now, and it is humid too, so it goes right through you! Hopefully we'll get a couple more snowfalls before spring. It is insane though that Christmas AND New Years has already passed! It was great to talk to ya'll, and it's weird to think that there's only one more call. But enough of that, I will update you on how things are!
1. Elder Flint and I are doing great! We had to be the bad guy a couple times this past week, but it's getting easier. Not because we like to reprove people, but we know they have much more potential. We have a big two day meeting this Thursday/Friday, and then we're training on the same material the next week. We used to have zone meetings every month, led by the zone leaders, but when we got the schedule change, those were done with. However, this will be the first zone meeting in a while, so we are excited to train these missionaries.
2. The 4 Elder apartment is doing great! We found out that one of the Elders has really ticklish feet, so his companion is now always tickling him. The other day, he was tickling him for 10 minutes straight, and he ended up releasing his bowel waste in his pants.
3. We had a couple exchanges this week. One of them was with the assistants and we were able to learn a lot. The mission is still in a big learning stage because we are still getting a lot of new material, and the assistant still was still confused sometimes on using some of the new things, so it's nice to know that not knowing exactly how to use things is ok.
4. The work here has been going really great as well! We have this one miracle story investigator who we've been meeting with for a while. It's very humbling to be a part of these people's conversion. It's definitely one of the best parts of the mission, is seeing people make these decisions to come closer to God.

As for this week, it wasn't crazy eventful, but this next week I will have a lot to say after this meeting. I love ya'll so much and I’ll be keeping you in my prayers, especially you mom!

It's finally up into the 40's! Right now it's 44 and it feels so nice outside. North Carolina has gotten a huge cold spell for a little while now. Yesterday it got down to 5 degrees, plus Windchill plus humidity, so it felt like -10, so that was fun! No snow though :( But we should get icy rain today, where it rains, and the rain freezes. It is very nice to get some diverse weather.
So let me just tell you about my week. So Thursday we headed off to the big 2-day meeting in Charlotte. Brother Donaldson was there, from the missionary department, and he is a great man! The first thing he told us was that there was no longer going to be a new Preach My Gospel. Apparently the missionary department had the whole thing made and everything, and they brought it to the 12 and they said it was unnecessary, so we still have the original one! Which is super nice, because I’m still figuring that one out.
A lot of the training that we got was game changing, but I won’t bore you with all the details. One thing we're going to be pushing is Family History, bringing the spirit of Elijah into people’s homes. We also heard a statistic that they were keeping track of some investigators, and out of all of them who read the Book of Mormon with a member everyday for about 15 minutes, 100% were baptized. So if the missionaries ask you to do that, I would recommend it.
We learned a lot of doctrine and spiritual stuff, but i bet you want to hear the fun things. So After that meeting, we were sent off to spend the day with another companionship, making it a trio. I, of course, was with the two tallest missionaries. We were given one assignment, which was the hardest thing ive done, it was to observe. So many times missionaries are eager to talk and teach, and share all the doctrine, that they miss the things that really matter. To help us with that, we spent the whole night observing, and it was so hard not to say anything when the missionaries were missing so much.
At the end of the night, we got all back together in our little carpool, there was 2 other people we had to pick up, and we headed to another zone leaders apartment down in Charlotte. We didn't end up getting there until about 11:30, and it turned out, there heater wasn’t working. There was 8 of us in that apartment with no heater and half of us sleeping on the ground. Luckily, I was with one of the assistants and he brought tons of extra blankets, so i slept with 5 and was fine. I even got to wrestle one of the assistants that night, but he won, only because he weighs 45 lbs more than me. Sadly, we didn't up getting to bed until about 12:30 that night with all the craziness going on. The bad part, was at the meeting the next day, I was totally out of it. I was very lost in what was going on. I still learned a lot though.

Overall, very eventful week, and the flu is spreading across the mission too! Hopefully, I wont get sick. Love you family! 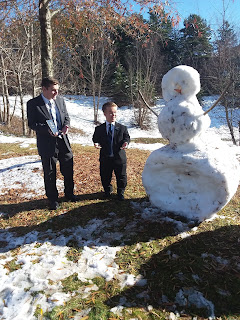 Posted by Christine at 1:46 PM