Once the Christmas craziness was over we thought that we would take a day to go up to the mountains and enjoy some sledding. 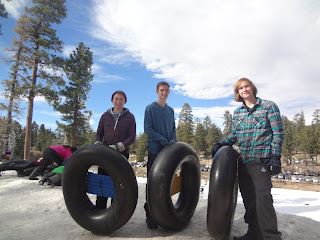 We loaded up the car with the kids and their friends and got on the road with the hundreds of other people heading up the mountain to the snow. It took forever...I guess we weren't the only ones with the idea. 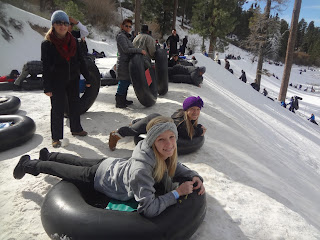 We like this sledding place because it's cheaper and it's less crowded. You have to walk up the stairs but it keeps the lines shorter. 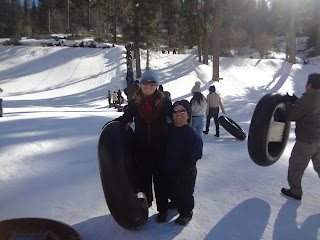 The boys...Brandon, Parker, Taylor and Jacob. 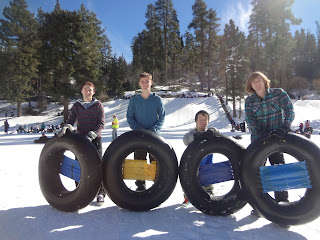 They all held hands and had us push them down the hill... 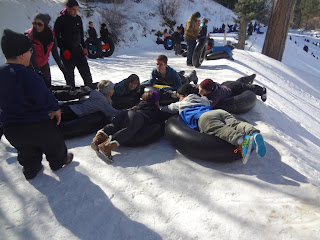 The problem is you don't have much control of where you go.

On the way home we hit a restaurant together. It ended up being a great day and a good way to end the Christmas break. 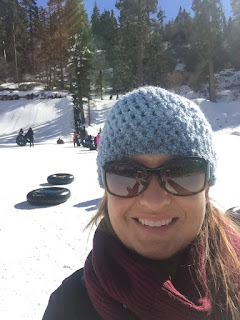 The kids are enjoying their hoverboards in the kitchen. They are getting pretty good at it...I've only tried it a couple of times. 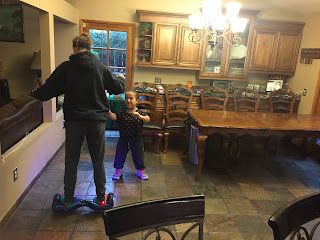 The reason I've haven't been posting as much because of this...We were in the process of buying a new house. Here is the backyard...which is one of the reasons that we fell in love with it. We have plans for family parties and the kids friends over.

A move while in the middle of being in school has made for a crazy few months. This house came up on the market and I went and saw it on the first day, finagled Jeff to come see it later that afternoon and then we put the first offer on it and they accepted. It was so quick!!

Uh Oh! Now we had to get our house ready to sell!! 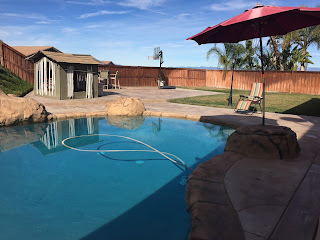 One of the things that we had to do to get it ready was to do something with our backyard and the spindly grass. We decided to put mulch under the trampoline and then sod the rest even though it was middle of January and the worst time for sod. 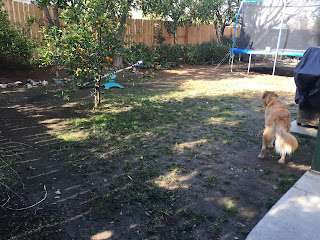 I found out that you could get free mulch at the city waste management site so I sent Taylor and Parker over and they loaded up Taylor's truck with the stuff.

It was heavy, and dirty and hot (see the steam coming up) and the boys had to unload it quick because they had class that day. I ended up going down the street and borrowing tools from my neighbor to help get the job done faster. 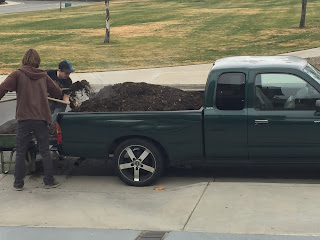 They were able to make it but they were probably stinky and dirty for class! 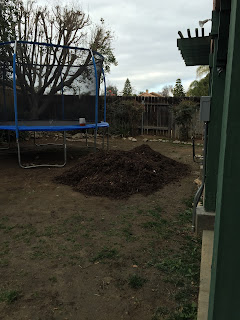 The backyard looked so much better!! 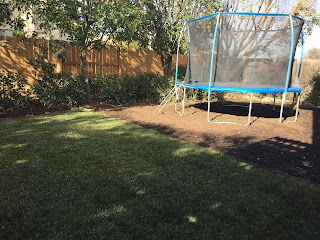 We wondered why we waited so long to fix it! 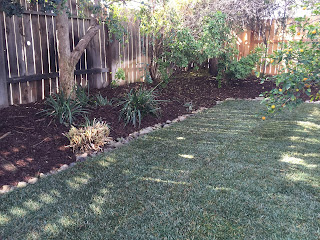 Now I worked on the rest of the house so pictures could be posted on the MLS. It was sort of bittersweet since the house had been a good one and we had been there over 12 years. 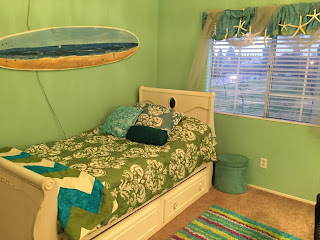 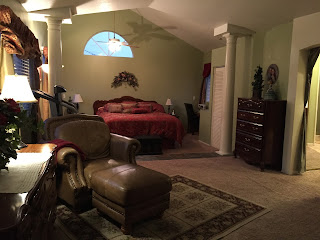 We ended up putting on the market that weekend...and sold it in 12 hours!! 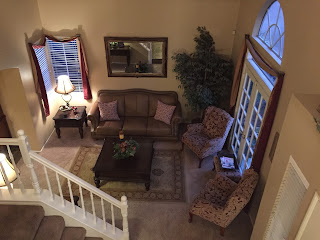 All of this was going on while Ashley was having a birthday. 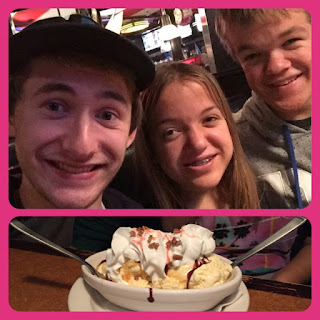 Instead of one of my parties that I plan she wanted to take control of her birthday so I let her plan whatever she wanted.

The day started out with friends going to Subway for lunch. 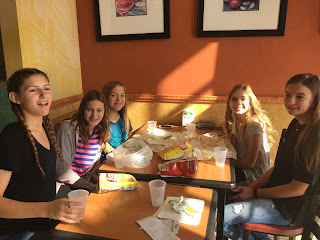 Then I took the girls to Roller City 2001 for skating. 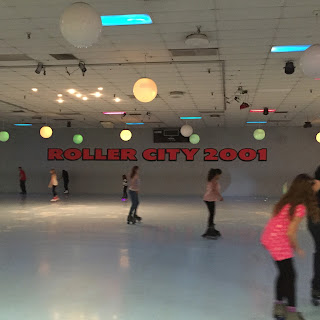 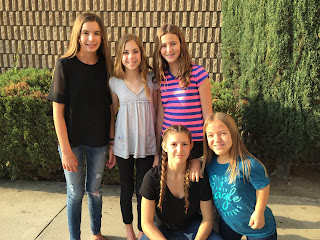 Then we went back to our house for a movie and hanging out. 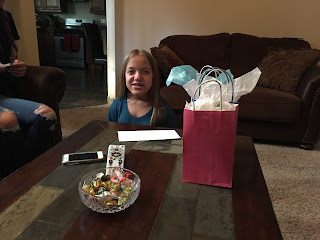 It was an aaaalllll day party but Ashley said it was fun. (She said it was way better than my parties) 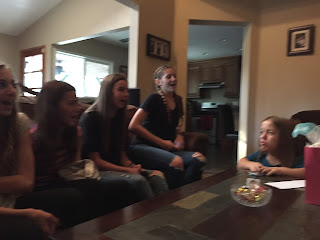 Also this month Jacob went to his board of review and was finally awarded his Eagle!!! 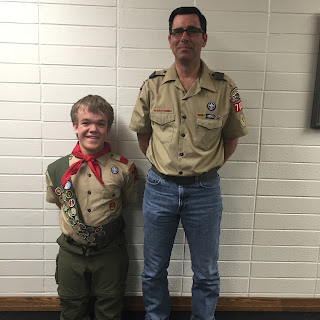 Congrats on your new house and to Jacob on his Eagle!