I haven't posted in awhile because I've been trying to break away from the house and do other things like...get back to the gym more regularly.

I went in last week and was doing my obligatory minimally motivated workout when the personal trainers were on the prowl looking for new clients to pick up. Every once in a while I allow them to give me a "free" workout and then get on with my life. The personal trainer that offered to help me was a mini Arnold and he actually helped me two days for free. In the end I escaped signing up for the overly priced personal trainer program but he did get me more motivated to commit again and really get something out of my workouts. So thank you Sabatian.

My favorite part about that whole experience was the manager trying to sell me on their program. When I made a comment that it was the same price as a car payment. He didn't skip a beat and said "Yah, people say that but really your only going to have a car for so long but you'll have your body for the rest of your life." He answered so fast I was secretly laughing wondering how many others also commented that it was the price of a car payment. All I can say is good luck in this economy... 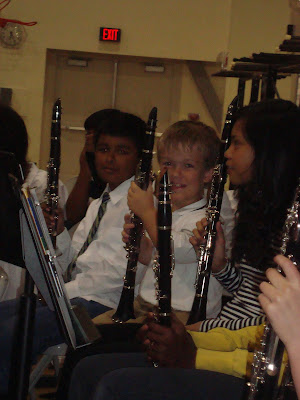 So last week we got to go to Jacob's first official band concert over at King High school.

As we walked in we were very excited to find a mobile instrument repair company that is right here in Orangecrest. Hooray for no more trips down to Brocton for reeds or repairs.

We were so proud of him! They played great! Though I think Jacob's favorite part was hanging out with his friends. 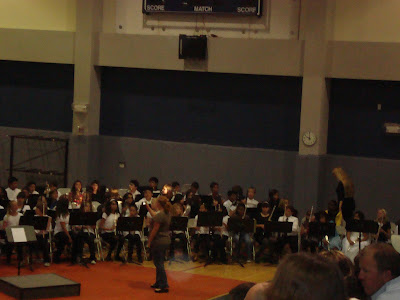 Our favorite part was that they split it up so that only a handful of schools played at a time so it didn't run more than 45 minutes or so.


On Friday it was our 16th Anniversary. 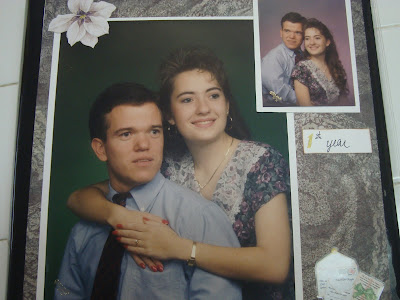 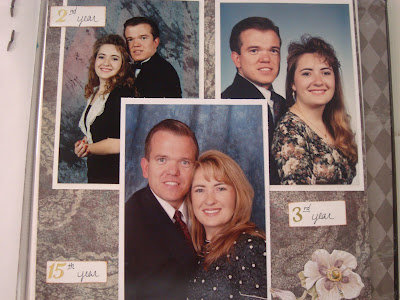 Since our weekend was booked up we will celebrate this weekend instead. But Jeff still brought be home flowers. What a sweet husband!! Love you honey! 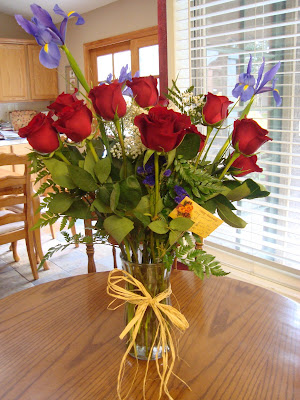 On Saturday we celebrated Taylor's 13th birthday. He decided that he would rather forgo a birthday party to do a boys day at Universal Studios. So I took Everett, Taylor and Jacob to Universal Studios for the day. 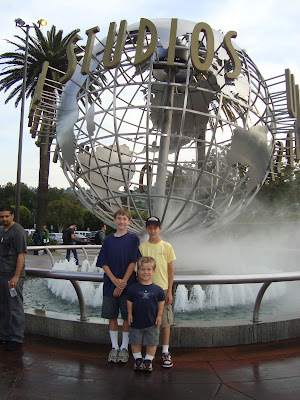 I can't tell you how nice it was to get through an amusement park without a stroller and without having to sit around and wait outside of rides while other people went on (at least not too much). 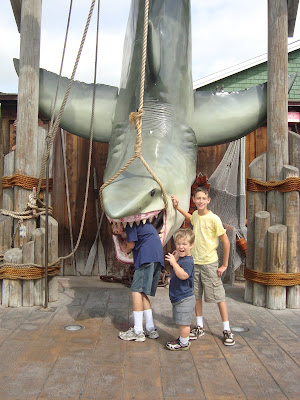 We went on the backlot tour. King Kong was gone (probably burned in the fires) but other stuff was put in. It's nice that they change it up. For one thing we drove through a plane crash... 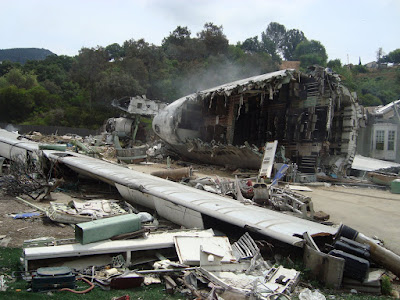 ...and Wisteria lane which is the set for the night time soap opera Desperate Housewives. I'm sure the neighborhood looks picture perfect on TV but up close you can see that all the flowers are fake and fading in the sun. Reminded me that the exciting, fun, good looking people they show on TV living extraordinary lives aren't all they are cracked up to be when you see them up close. :) (at least I like to think so) 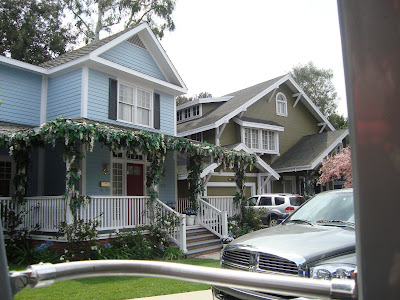 Here is the new Simpson ride...to replace the old Back to the Future ride. 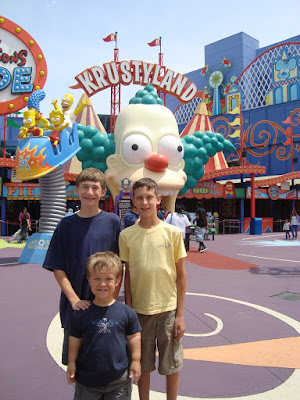 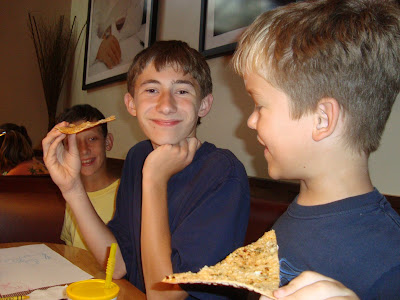 After we got done at the park I took them over to Wolfgang Puck's at Universal City Walk for dinner. We discovered it before. They have the best kids meals if your ever over there. $4.95 for an individual homemade, great pizza, a drink and a dessert of 2 homemade cookies with ice cream in between. Yum!
Posted by Christine at 11:48 AM

That 'no stroller' comment was a low blow. Just kidding.
Kudos for the gym. I just signed up myself!
What instrument does Jacob play?
Happy Anniversary. That is spectacular.

Love that you got out of signing up for the personal trainer but still got 2 days:) Looks like a great 13th bday!