Since we never celebrated Ashley's birthday as a family. We took the time to go out to Ookas to celebrate. 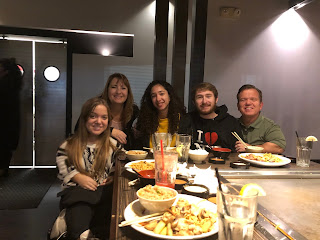 This is one of those places where they chop up the food in front of you and serve it to you as they cook it. 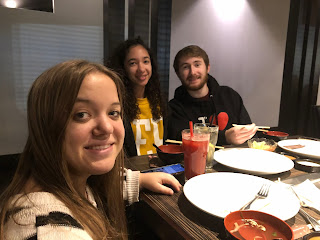 Ashley loves this place but we don't come very often so it was a treat. 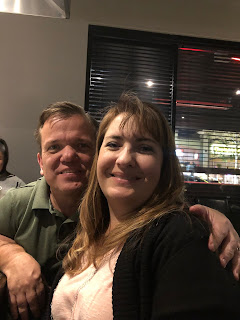 Maddie has made a new friend. Kristen Cowden and I have been walking the dogs together. Bruno and Maddie both do better on their walks when they walk together. They both pull less and are calmer when they are together. 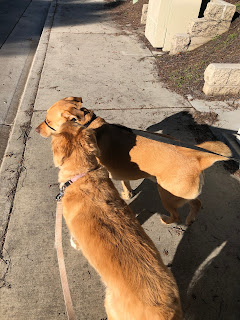 Jeff was sweet enough to get me flowers for Valentine's Day. We didn't get to do much else to celebrate because we were youth conference parents this year, which is fun but has been happening the same time as Valentine's day. Youth Conference was only one night and two days so a lot of things were packed in those two days. We got a family with a lot of first timers so it was nice to make the situation as comfortable as possible for them.

We even had a son that was the son of someone we had as a youth in Youth Conference years ago. We are feeling old!

As parents we had a lot more responsibilities this year and had to feed them meals a few times as well as come up with a service project activity to do as a family. 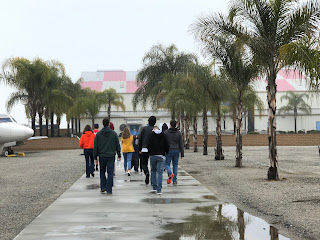 I helped some families with Justserve project ideas and we arranged to help at the March Field Museum. They were having an event that night and needed some floors mopped and tables and chairs put up. 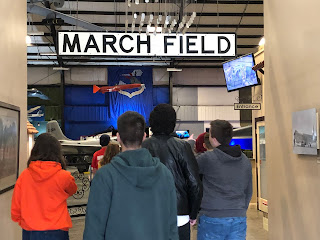 The nice thing was they were able to go through the museum after we were done helping and check it out. 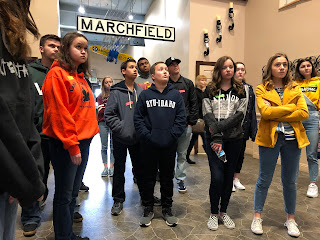 We still had plenty of time after helping at the museum so we came back to our house with our cousin family and worked on some service projects at our house.  The kids made cards for hospital kids and veterans... 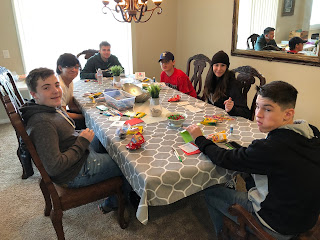 and another group helped bedazzle flowers and snowflakes for the Magic Yarn Project that is coming up June 1st. 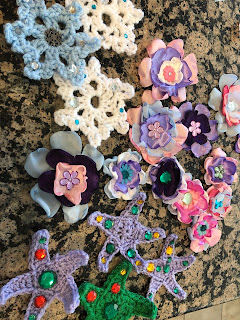 Back at the church we had fun relays and games that we played to get to know our family better and compete with other families. 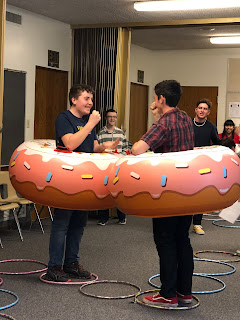 Some of our competition and fellow youth conference buddies. 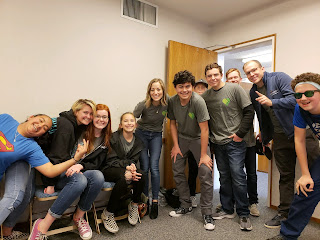 The second day we had our dinner at our house with our cousin family. We thought we would have more time but it ended up being pretty quick. 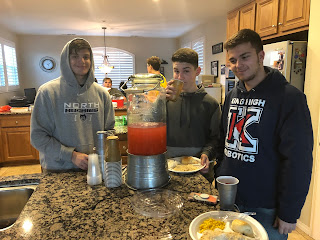 The last activity we had was watching the BYU Young Ambassadors perform. They did a great job and they were entertaining. Sadly we had 2 of our family members get sick during the two days and had to go home a bit early. The next night on Sunday we had the testimony meeting. It was nice to hear that a lot of the youth really had a good time and most especially were touched with the opportunity to do service during youth conference. 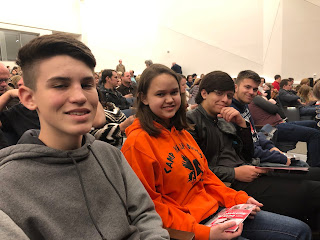 Jacob drove down from Idaho for the President's Day weekend even though one of the nights he couldn't even stay at the house. He had to stay with a friend since we were doing Youth Conference but he was busy going to the beach and doing other things so he didn't seem to be too sad.

The night before he had to leave we drove out 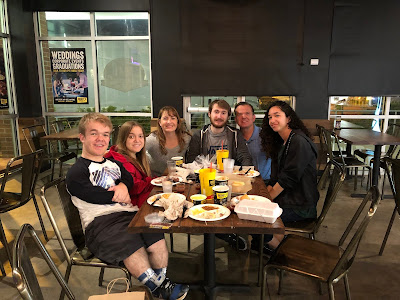 At the end of the month we got to host Jenae's bridal shower. Her long awaited wedding is getting close and she's so excited.

The shower turned out good and a lot of people ended up coming. I never had a guest list but I was told it could be a few people up to about 25 and we probably had 40 or so. A lot of people came out to support Jenae!! 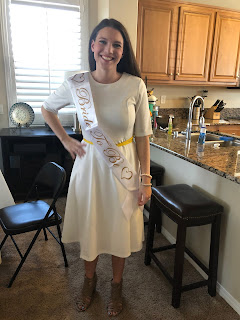 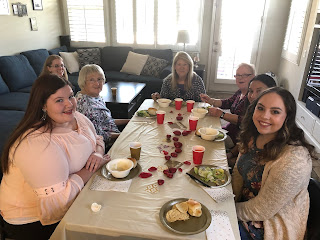 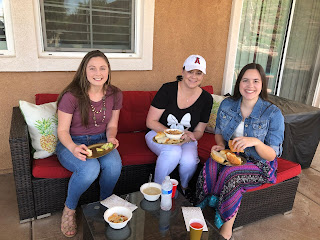 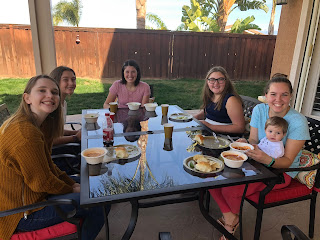 Jenise and her friend did the decorations, planning and food for the shower. Taylor Rose and I helped decorate and get set up before but they had done tons of work behind the scenes before they got to our house. 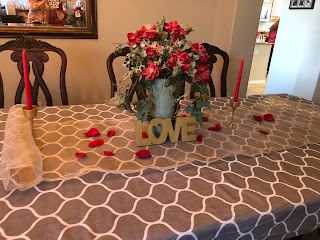 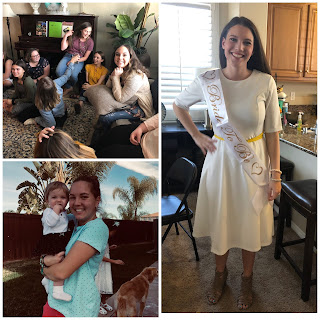 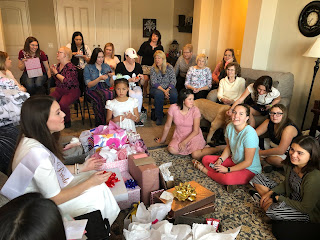 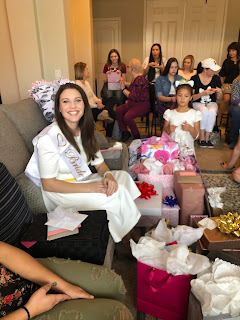 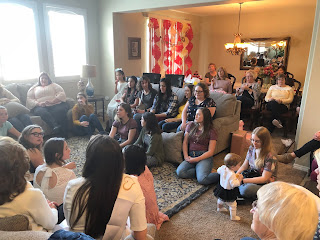 This was a Pinterest art project that Jenae wanted me to help her with for the wedding table. They were dollar store glasses that I decorated to look like a bride and groom (the sample ones were Mardi Graw) The ended up turning out pretty cute and they were happy with them. 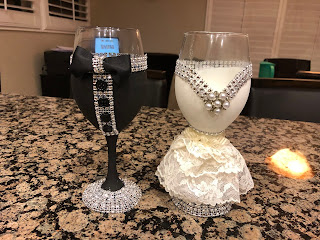