Jeff and I in Reno

In July Jeff and I took a trip to Reno where he was invited to speak with New York Life.

We made a long weekend of it so we could see Lake Tahoe. 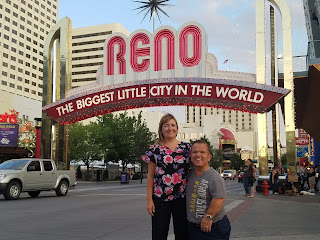 Jeff did good a good job with his speaking opportunity which he finished at the beginning of the trip and then it was nice to sight see and not have to worry about him speaking after that. 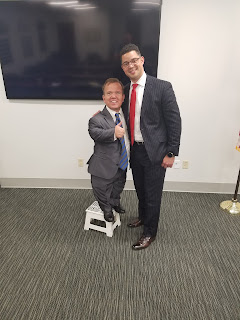 Downtown Reno has a riverwalk area that is nice. 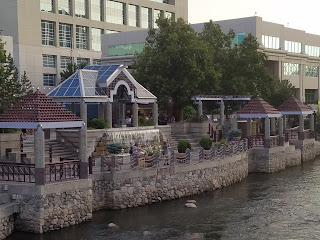 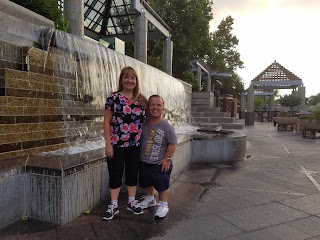 One of the nights we saw a Circe de Sole type show that was good. 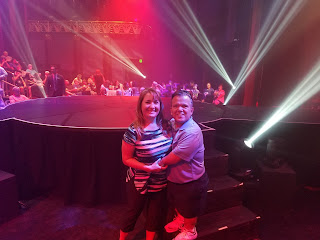 After the show meeting the cast. 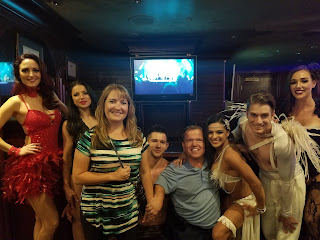 After a couple of nights in Reno we drove into an old mining town called Virginia City and saw all of the old buildings and businesses. A lot of them weren't open when we first got there but we drove around a bit to check things out. 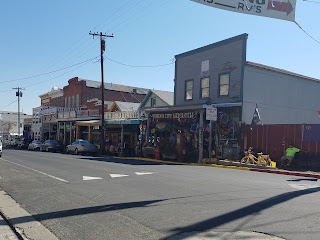 This was the first Catholic church. 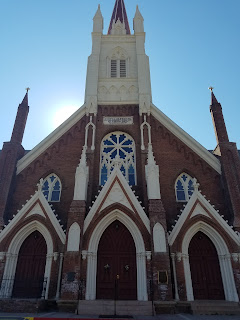 We did get into a few of the places... 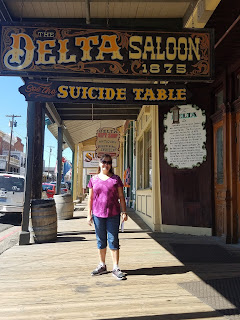 We'll have to come back again another time. 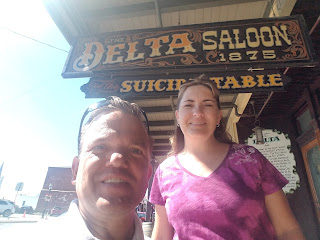 We drove to the Capitol of Nevada which is Carson City (its small). 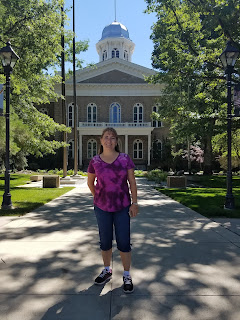 We then spent a quick 24 hours exploring Lake Tahoe. We didn't even swim in the water because we were so busy sightseeing but we did go on a boat on the lake to see it. 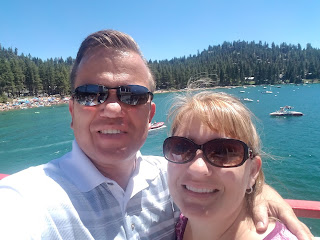 The water was blue and beautiful and we took a paddle boat ride to the other side of the lake. 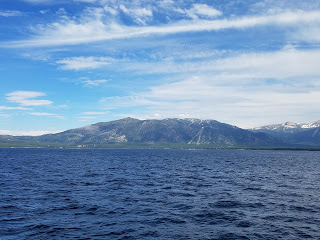 This island had a castle like structure built on it where the owner used to take tea. 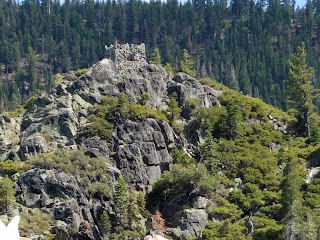 Beautiful sunset in the middle of town. 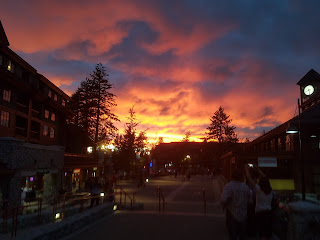 That night we went to a magic show in a place called the Loft. 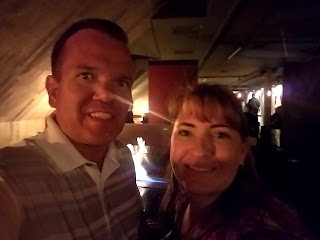 Here is one of the tricks for the finale. 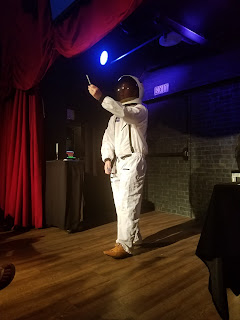 I got to go on stage and my wedding ring ended up being in this tennis ball! 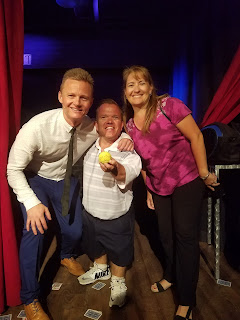 Checking out the lake at a resort before we are driving to the airport. 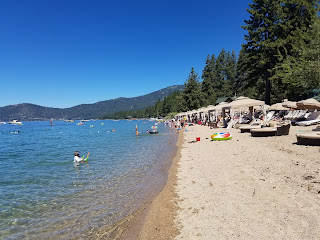 Beautiful view of the Lake. We'll have to come back again sometime. 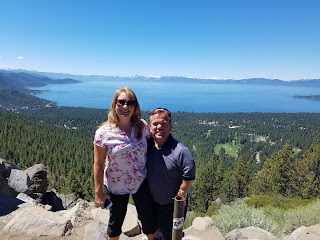 On the plane ride out we met a 94 year old Holocaust survivor (there aren't many of those around any more) and he fascinated us with his story. He told us just a few of the miracles that happened to keep him from dying during the war. He said out of 100 family and extended family that he had only him and his brother and one cousin survived the war. When he was on a list to be sent to the gas chambers him and his brother hid in a locked room under some hay. This worked for awhile but then he told us about hearing footsteps on the stairs and hearing 2 Nazi policemen arguing about breaking the door down. They broke it down and then eventually found him and his brother hiding in the hay. Only he was supposed to got to the camp but his brother said the rest of the family was gone and he didn't want to lose his brother too so he would go with him. His brother ended up being shot by an antisemitic man waiting out in his apartment one night and he died just 2 years after the war. The man's name was Jacob too and he ended up coming to the US and becoming a dentist with his wife who he met in the concentration camp. He practiced dentistry until he was 92!! I ended up buying his book called "Where you go I'll go" and I am looking forward to reading the rest of the story. 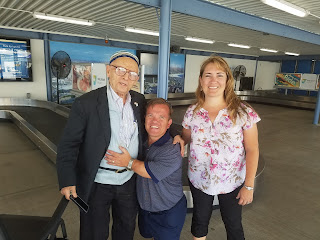 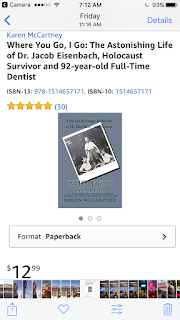 Posted by Christine at 6:39 PM

What a fun trip and such an interesting person you met!