The month is 1/2 over and we've been plenty busy but I don't have much to show for it. I haven't been taking a lot of pictures and have been too busy to document ;)   Sometimes thats good but slowing down isn't bad either.
Last week Ashley was sick a couple of days so it was a great excuse to just slow down and hang out at home.
Jacob and his partner Mark have been over working on their science project trying to find out what will happen to balloons holding different gasses when you heat them up or freeze them. 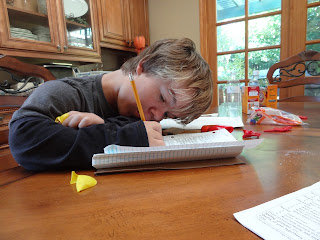 Mark and Jacob blew up at lot of balloons! 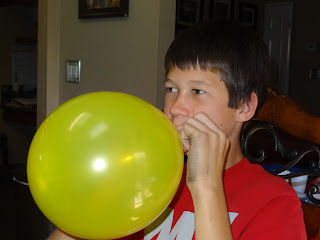 They had more fun popping them when they were done with the airsoft gun. 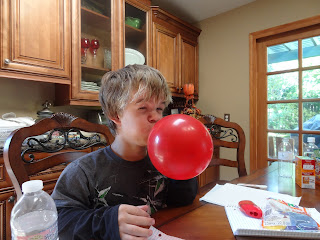 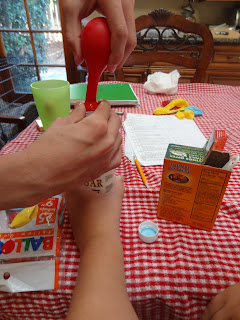 Soon they had a balloon full of carbon dioxide. 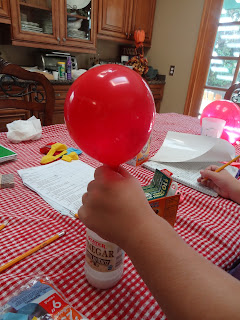 They put some in the freezer and heated some in the microwave. Jacob found out quickly that the stove didn't work. 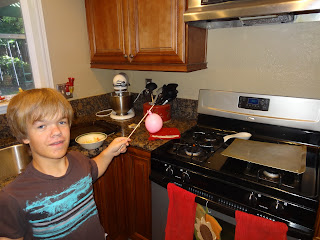 The balloon lasted about 1 second 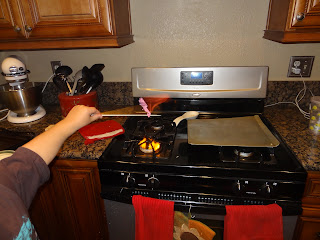 And in pet news...Ashley took this picture of our dog. She's not allowed on the couches so she just lays next to us. As long as we pet her I don't think she cares. 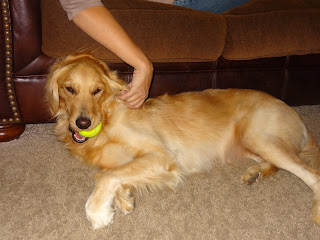 We finally had a female chinchilla this litter. She's bigger than her brother and a little more aggressive. Can you believe we already have a buyer.
We've found she escapes the cage pretty much every night. She'll squirm into the cage above or go under the bookcase and we'll put her back in, but we know when we're gone she probably just gets back out again. Every morning she's back in her cage peacefully sleeping...who knows what adventures she does on at night. 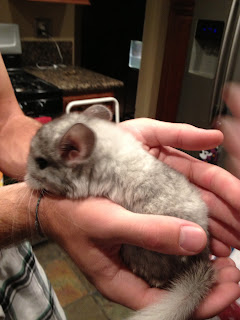 I got a new calling 3 weeks ago. Stake Relief Society secretary. We've already had 3 presidency meetings, done 4 visits to wards and have all the rest of the wards scheduled for a visit in the next month. We have our first leadership meeting training tomorrow night so I've been working on things for that. Lots of computer work, sending out invites, emails, planning and visiting. I'm happy with the sisters I get to work with and the new challenges this calling will bring.

This last friday was the Fall Festival at Ashley's school. Being room mom, on PTA and a vendor...I wore 3 hats that day. While Ashley was home sick I worked on making jewelry to sell.
The Festival went great and there was a good turn out and a lot of kids had fun...the vendors weren't as successful I don't think. Once it was dark shopping was over...it was dark an hour into it. I didn't even make my booth fee but I did barter for a few things. One of the other vendors had the idea to start trading stuff because nothing was selling. Ha ha. It reminded me of my craft fair days...some of the craft fairs were just like that. I had to just count it as a donation to the PTA. 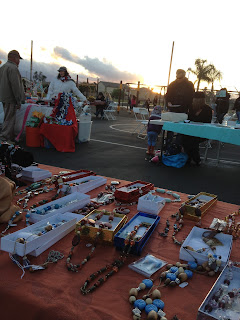 Vetran's Day and Jeff worked part of it, Taylor was finishing his last driving class and out with friends and Jacob was working on his science project.
Ashley had her friend Maia over and I took them to Sycamore Canyon with the dog. She hiked to the top of this rock and miracles of miracles she allowed me to take a picture. 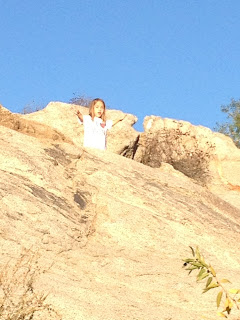 Maia loved the hiking and especially the rock climbing. The girls ended up finding a fishing hook attached to a string. They tied it to a stick and tried fishing. It didn't work but they had fun hiking anyway. 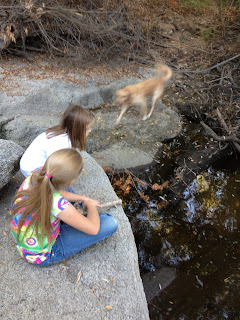 I've had a couple of subbing jobs, the boys got to go with Jeff to the temple for mutual to do baptisms, I helped at a 100 mile club run at king...even though Ashley was sick and couldn't go and we did all the normal day to day stuff.
We are all looking forward to Thanksgiving Week, if only to sleep in.

Posted by Christine at 4:22 PM

I seriously could never agree to having an animal so small in the house. The thought of them breaking out of a cage in my cluttered home is terrifying. Good luck with your calling and the stake training. I just attended training for Primary, and the secretary had a big role. You are so valued!