On Monday I had a great family home evening object lesson idea...that didn't go so quite as well as I had hoped....which sometimes happens. I had a piece of glass and I had the kids cut out things from advertisements and tape them all over the glass.

Ashley diligently picked out things she liked...the boys were trying to be silly and tried to look for bikini girls, (you can see Ashley's gum covering one girls stomach).

Jacob found the littlest peep hole and read the scriptures just fine. :(
Then Taylor did the same.

Defeated my whole point and when I tried to teach what I had in mind they were just silly....trying to teach the gospel to teens keeps me on my toes for sure. 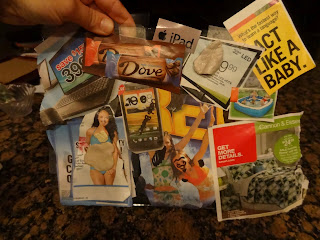 On Tuesday night Ashley and I were at mutual and she got to learn to decorate cakes. Even though she is 2 years too young for mutual since our family is all at the building she gets to come with me and participate in the big girl's stuff. 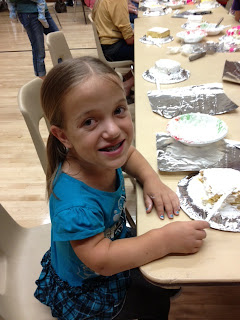 I knew she was growing up way too fast ;0)  The girls are always nice to her though which I appreciate. 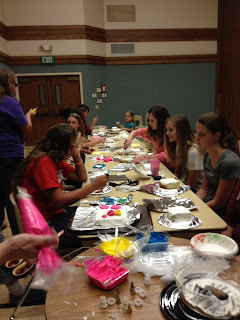 I subbed the last week of school for a couple of classes.
Wow I'll have to do a whole post on subbing. There's a lot to say about it...another time.

Anyways on Thursday I got to help the fourth graders with their water day and root beer float party. 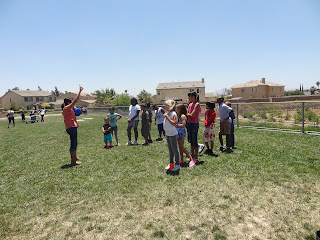 They stood in lines and had relays, water balloon fights and then had root beer floats. It's funny Ashley's friend Kyra from Mexico DID NOT like the root beer. I guess it's an American thing. She thought it tasted very weird and just wanted ice-cream. 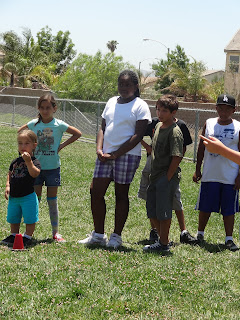 There was a lot of left over ice cream so I brought it home because I was getting ready for our end of school ice-cream party that Summer and I were planning. I made LOTS of waffle cones to share....lots of time but I thought it would be fun to have something good to put the ice-cream in. 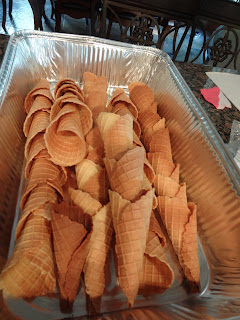 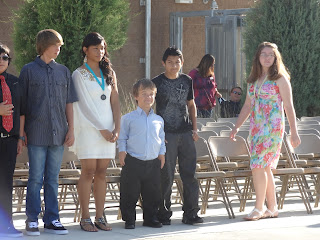 We were so proud of Jacob.

He got straight A's again this trimester. He had a lanyard to wear but...he didn't want to wear it. 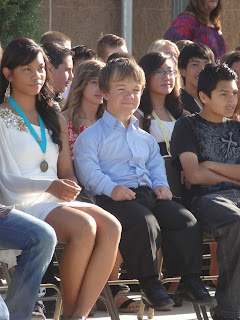 They had us parents on the field. They had set up a lot of chairs but they were still about 500 to 600 short so I sat on the grass as close as we could get (in a skirt). We were happy to be able to get pictures of Jacob during the ceremony. 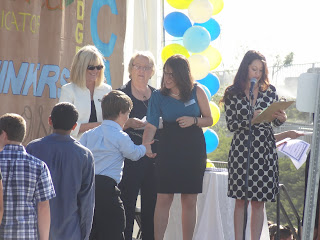 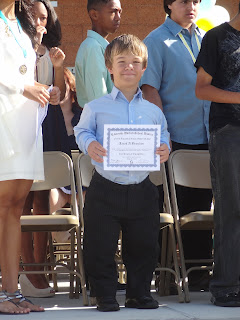 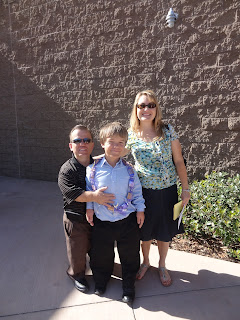 One of Jacob's friend gave him a candy lei. 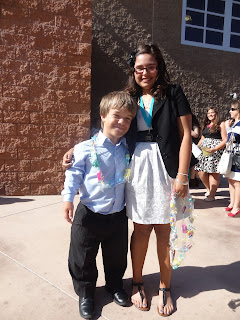 Emily Rioux from the ward.  Jacob wanted to leave the promotion pretty quickly and we were surprised that he didn't want to stay a bit and say goodbye to his friends. 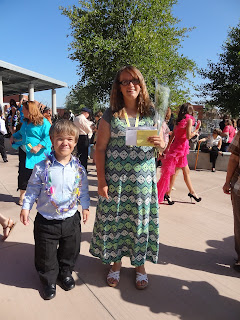 Since Jacob wanted to leave so quick he was home from school at 9:15...I think that's the shortest school day ever!

I picked up Ashley at 11:45 and at 12:30 we went over to the park to have a big last day of school ice-cream party. It was great and lots of people ended up coming. Our first spot that we set up under the one covered picnic table didn't work so well, I guess we were in the middle of day-time watering cycle at the park and we all ended up getting soaked when the sprinklers turned on and we had to try and rescue all the food.

Our next spot was in the sun so all the chocolate chips and chocolate toppings ended up being goo.

The sprinklers turned out being good for the kids though. More than one child ran through them fully clothed (including Ashley). Ashley's friend Soli then came over to go on the slip and slide. Fun last day of school.  I'm sure we'll do the ice-cream party again next year.

Of course when I got home after over two hours of serving everyone ice-cream I found out that none of my kids had any of it. I was asked by one of them to make an ice-cream shake. Nope, they should've ate it while I was serving it.

It's like those times we go to a church dinner and then they ask in the car on the way home "so whats for dinner" Hmmmm. 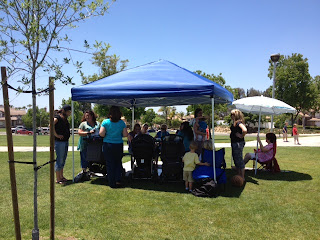 Saturday was the kid's piano recital.

This time it was at the main library in downtown Riverside. 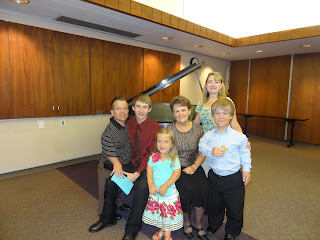 This was most likely Taylor's last recital.

Sad but I have to respect that he's ready to move on. 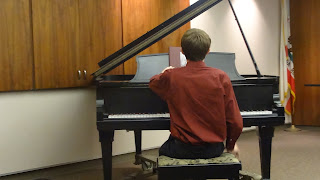 This all feels like it happened two months ago! We are all ready for summer.

I love reading your blog Christine. So sad that Taylor is leaving formal lessons, BUT he's so talented, I'm sure he will never forget it.

Just read your post on POLP- thanks for sharing the link. I look forward to following your family, and I've added a link to your blog from mine.