Since I was gone last week at Women's Conference (the best mother's day present I could ask for ;)
I never got to post our Easter pictures.
We started off the weekend going to the ward Easter Egg hunt complete with the Easter bunny. 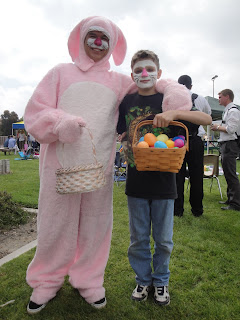 Ashley was the only one still interested (and young enough) to participate in the egg hunt. 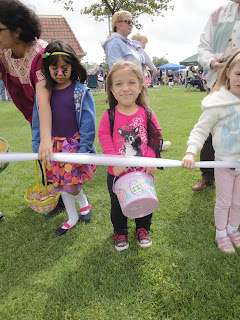 They were reallllyy hard to find.....j/k 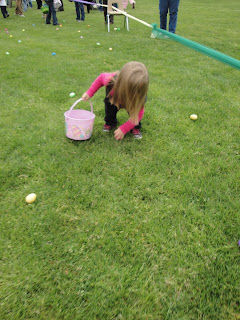 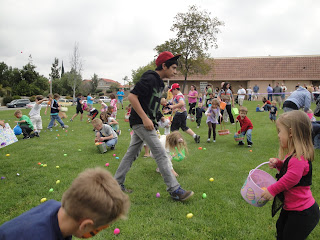 Ashley wanted her face painted too but we were leaving to get family pictures done right after so I nixed that idea...but Soli you look great as a tiger ;) 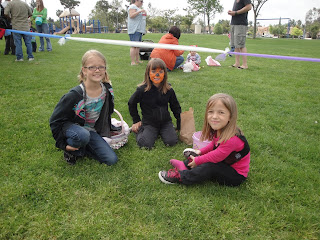 I missed the last 1/2 of the egg hunt because I was bringing Maddie to her first dog training class.
We unwittingly stepped into the final day of a puppy training class waiting for our class to begin. The dog trainer didn't really know who I was but I guess he thought I belonged there. He had this lady use Maddie to demonstrate all the "puppy commands" they were supposed to know since her dog was home sick. She did just fine even though I'm sure the dog was confused.
So basically Maddie passed the puppy training class without ever going to puppy training.
When the dog trainer was trying to fill out my certificate I had to explain we were STARTING our class not finishing ;).
She did just fine in her first class. She is a very easy dog to train (thank goodness). 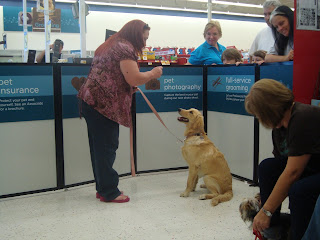 On Sunday we ended up having Steve and Tahna's family as well as the Cowden's over for Easter dinner.
It was lots of fun to have them both over. 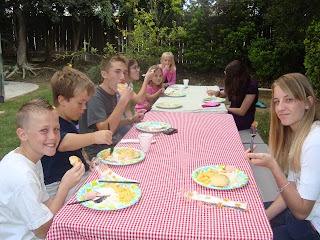 We decided to have an egg hunt for the kids...and the not so little kids... 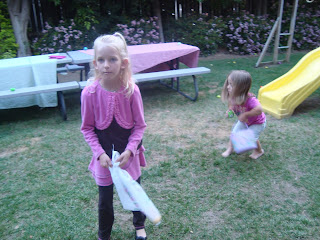 Since the big bad teenagers couldn't participate in the normal egg hunts we thought it would be fun to let them have one in our backyard...complete with teenager level hiding spots. 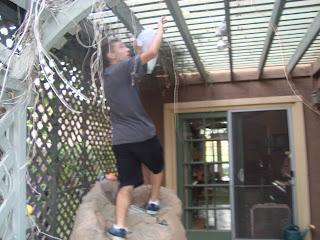 The Cowden's and I never spoke but they ended up bringing tons of eggs to share too so the kids got like 25 eggs each! 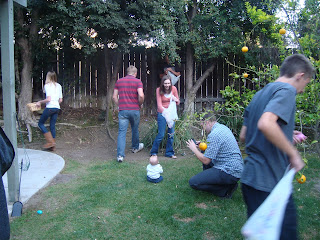 Caden (sorry if I spelled it wrong) got to have his first ever egg hunt!
He doesn't look too sure... 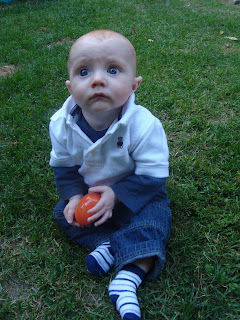 until Jenise encouraged him to try some of the candy inside that is ;) 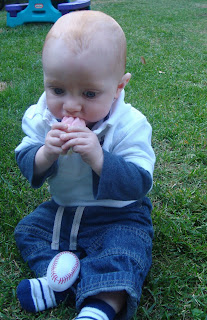 Checking out their stash. 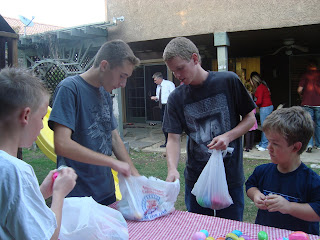 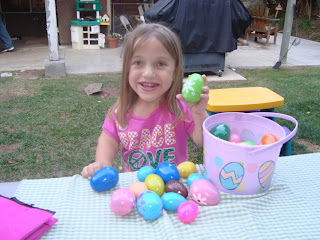 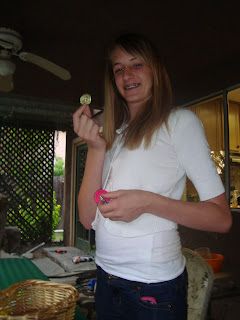 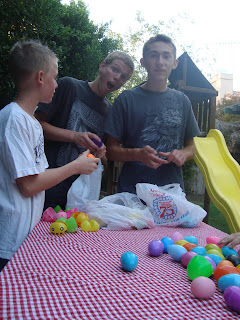 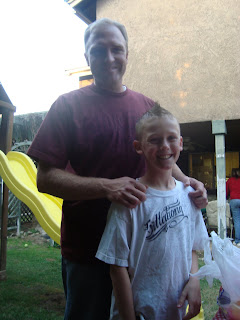 It was a fun way to spend the holiday!
Posted by Christine at 2:10 PM